Teenage ‘tombstoner’, 13, is seriously injured after leaping more than 65ft into picturesque waterfall in Wales

A boy of 13 was seriously injured after ‘tombstoning’ more than 65 feet into a waterfall.

The ‘foolish’ boy had jumped off the waterfall and suffered back and hip injuries when he hit the river bed.

Rescuers had to winch the boy into a helicopter to be airlifted to hospital.

Mountain rescue teams were called to the ‘tombstoning’ incident at spectacular Sgwd Gwladys waterfall, near Pontneddfechan in Powys.

The Western Beacons Mountain Rescue Team said it sent four vehicles and 15 team members after receiving a call from the police on Friday afternoon. 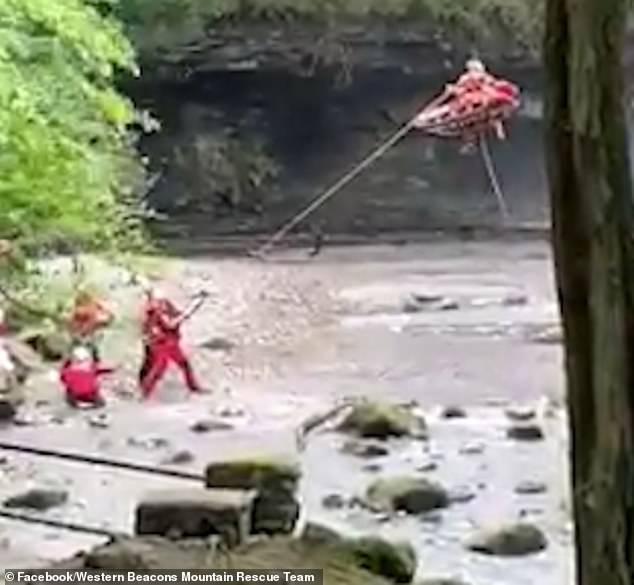 A boy, 13, had to be winched to a helicopter by rescuers and flown to hospital after he jumped off a 60ft waterfall, causing suspected pelvic and spinal injuries

He was placed in a vacuum mattress to immobilise his spine and winched from the area by coastguard helicopter. He is recovering at Morriston Hospital in Swansea after the injury on Friday afternoon

Team leader Neil Butcher said: ‘Due to the casualty’s injuries and to save him a very painful carry out, a coastguard rescue helicopter from St Athan was requested to winch him from the location.’

The rescue team added that the winch out was difficult due to location and low wind condition, several dead trees were blown down and small branches caused a hazard to rescuers on the ground. 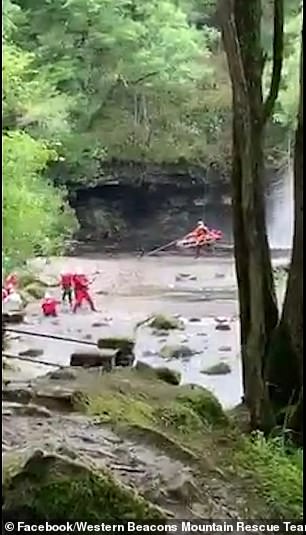 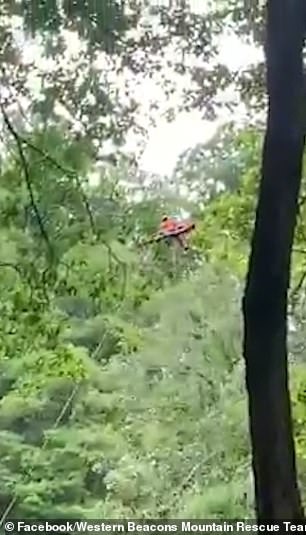 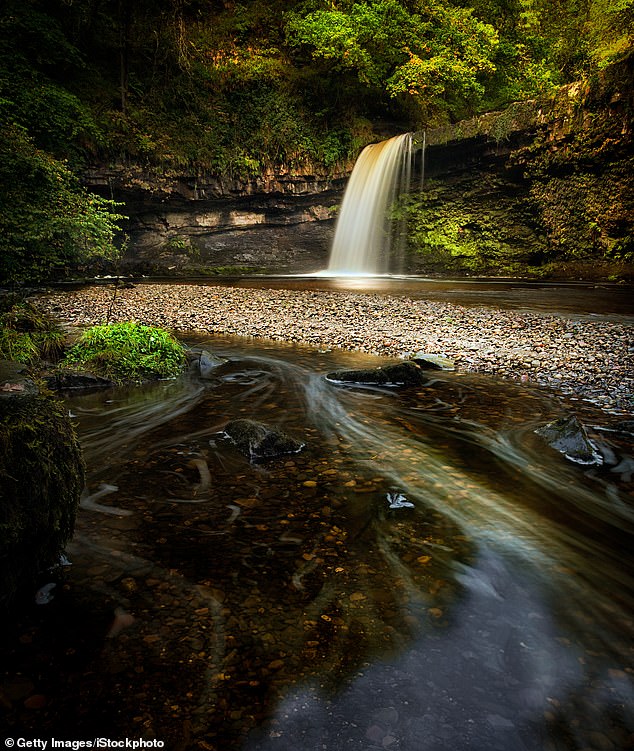 Mr Butcher added: ‘The casualty was successfully extracted and taken to hospital by helicopter. We wish the young lad a speedy recovery.’

A nearby walker said: ‘It is just so foolish to jump into the water from that height.’

Tombstoning is the act of jumping into water from a high platform, such as a cliff, bridge or harbour edge in a straight, upright vertical posture, resembling a tombstone.