Family heartbreak as schoolboy, 15, is diagnosed with cancer just TWO WEEKS after funeral of his identical twin who died from a brain tumour

A family was left heartbroken after a schoolboy, now 15, was diagnosed with leukaemia just two weeks after his identical twin’s funeral following his death from a brain tumour.

But in a devastating blow to the Cannock-based family, they later discovered he had blood cancer leukemia.

Jack’s mother Julie Parton, 54, said: ‘To be told my surviving son had leukaemia was devastating. 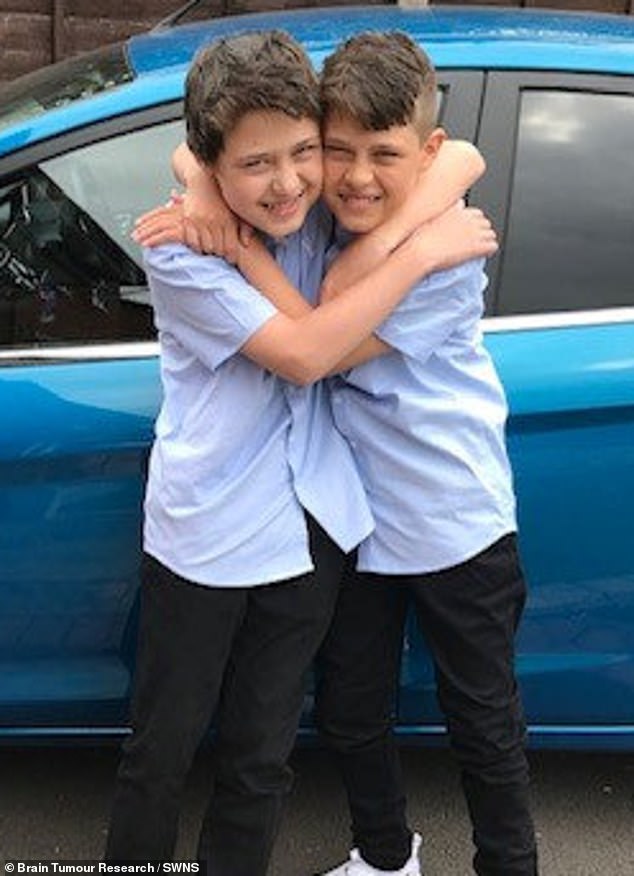 Ben and Jack Parton are identical twins, but Ben sadly died in December 2019 following a battle with a brain tumour 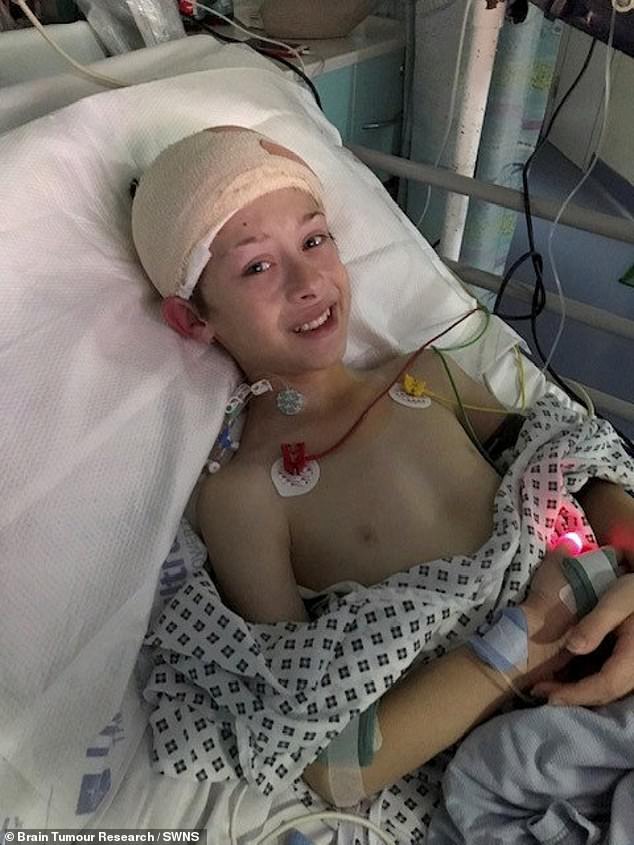 Ben Parton underwent two surgeries, 30 sessions of radiotherapy and two rounds of chemotherapy in the eight months between his diagnosis and his death

‘Although I have to hold out hope that leukaemia is curable whereas Ben never had that chance.’

Ben passed away ten days before Christmas three years ago despite two surgeries, 30 sessions of radiotherapy and two cycles of chemotherapy.

He had been diagnosed with a glioblastoma eight months earlier after bouts of vomiting and painful headaches.

A month later, a CT scan at New Cross Hospital in Wolverhampton showed a mass on his brain and he was given less than two years to live.

Then, two weeks after Ben’s funeral, cancer struck the family a second time when Jack was diagnosed.

Ms Parton, from Cannock, Staffordshire, said: ‘Ben was very laid back compared to Jack who is feisty – they balanced each other out.

‘But Ben loved Christmas and would get so excited from end of October. He made Christmas so fun for us.’

In memory of his brother, Jack is this month taking part in Brain Tumour Research’s Wear A Christmas Hat Day to raise money for the charity.

The family – which has already raised nearly £1,000 – will be hosting an open house event on Saturday. 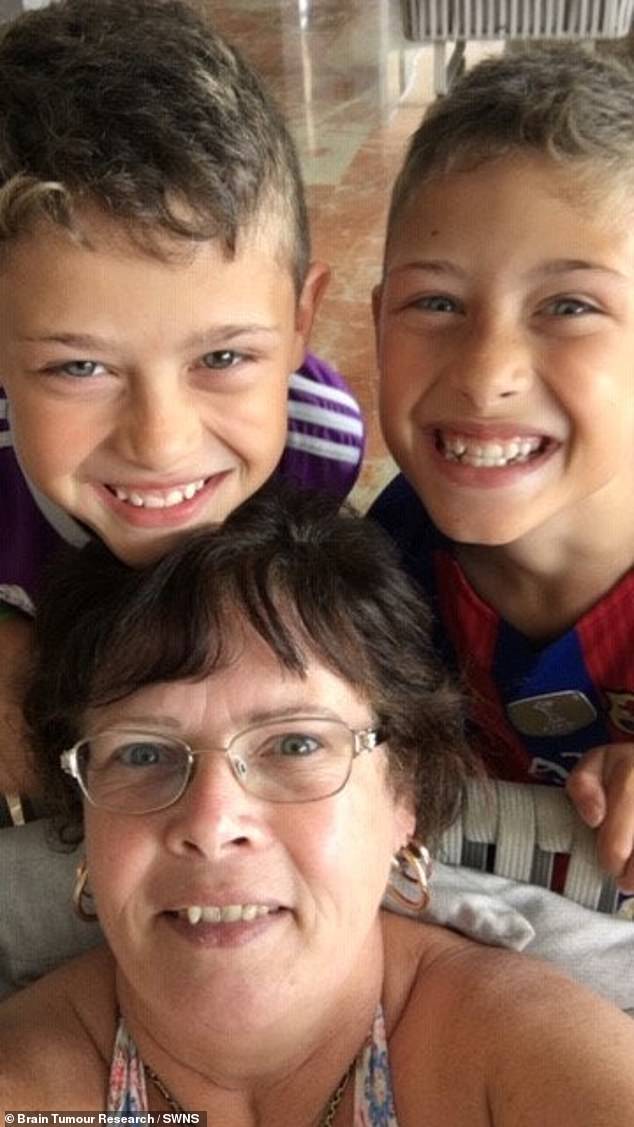 Jack (left) and Ben (right) pictured with their mother Julie Parton. Jack and his family have already raised £1,000 in memory of his brother

Jack’s fellow pupils and teachers at Kingsmead School will also be donning their own festive headwear on December 16 to support the fundraiser.

Ms Parton said: ‘This time of year is always hard as Ben died before Christmas, but we decided to use his love of parties to celebrate his life each December.

‘Jack is doing well and nearing the end of his treatment. I feel privileged to be his mum.

‘This year I am asking friends and family to donate what they can whilst wearing their favourite Christmas hat during an open house on December 10 to support Brain Tumour Research.’

Mel Tiley, community development manager at Brain Tumour Research, said: ‘Ben’s story is devastating and we’re grateful to Julie for sharing this with us.

‘The family’s experience demonstrates the need for more funding and research into brain tumours to keep families together.

‘We wish Julie and Jack all the best for their fundraiser this Wear A Christmas Hat Day.

‘Anyone can sign up, and if you can’t join in on Friday December 16, don’t worry! You can hold your event on any other day in December to suit you.’

It also campaigns for the Government and the larger cancer charities to invest more in research into brain tumours in order to speed up new treatments for patients and, ultimately, to find a cure.