A BOY of 16 has told how he lost his arm after he slipped and fell under a moving train.

Tyler Finnigan had his hand sliced off and arm bone “obliterated” during the track horror. 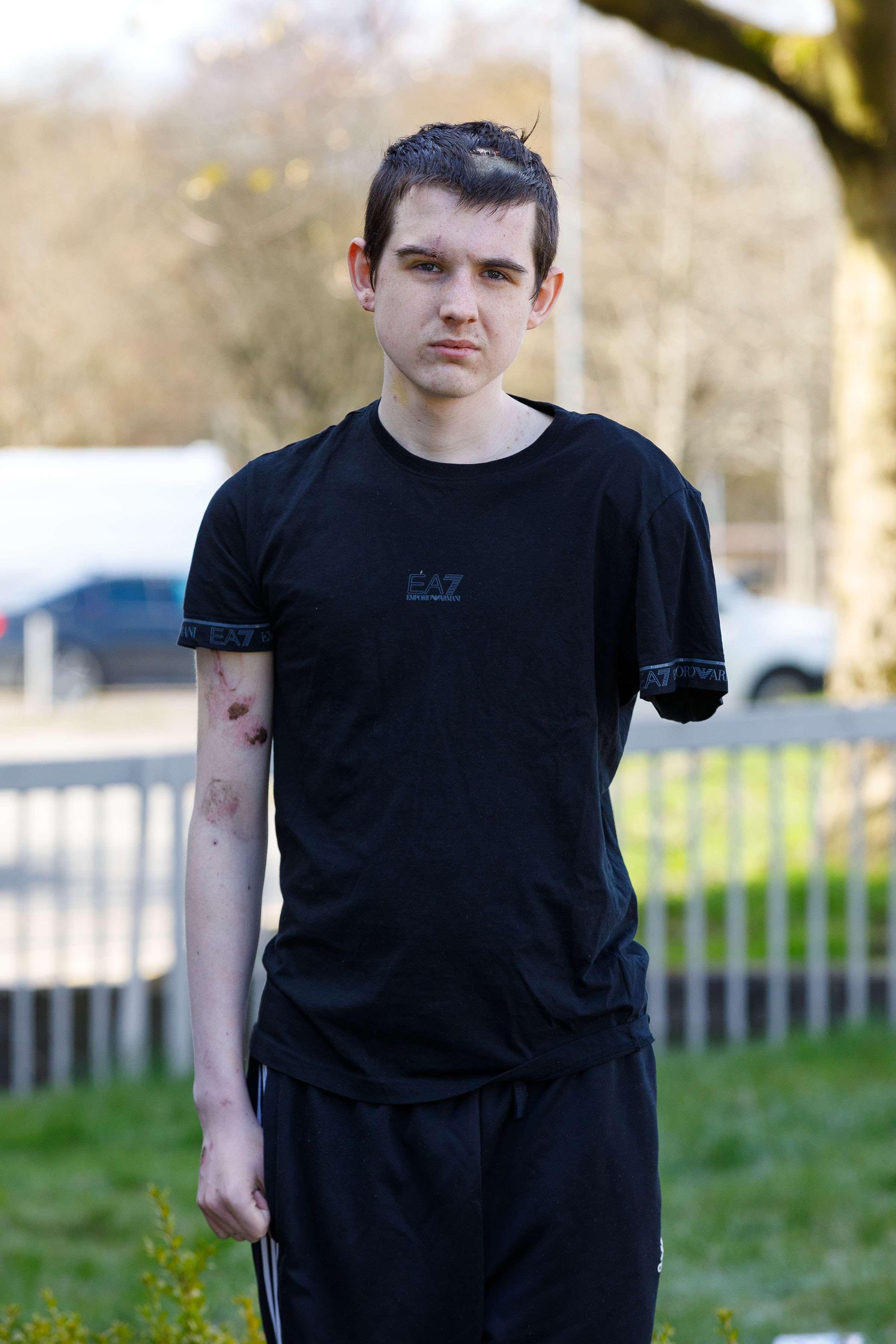 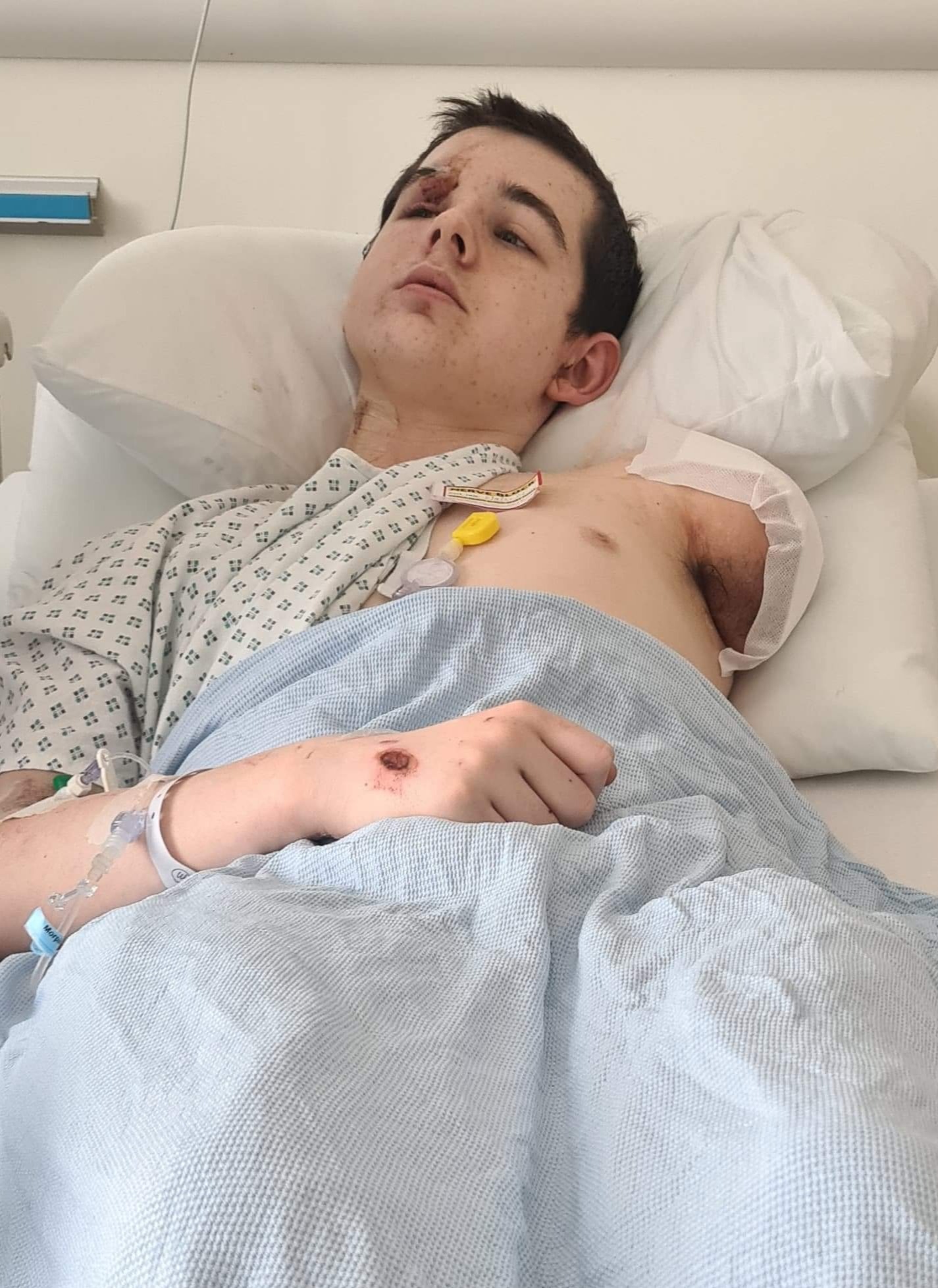 Medics couldn’t save his left limb following the tragic accident at Motherwell station, near Glasgow.

Tyler told how he woke up in hospital and noticed his left arm was missing.

The amputee said he didn’t remember suffering the life-changing injury after falling off a platform and under a moving passenger service.

But the brave youngster — who was also left with major head trauma and a severed right ear lobe — revealed he’s already looking forward to one day getting a prosthetic limb.

Recalling the moment he came round from an induced coma, Tyler said: “When I wakened I couldn’t feel my arm. I looked down and it was gone completely.

“I knew it wasn’t a dream because I knew I was awake. I didn’t know what to think — I still don’t. I’m still in shock.

“The nurse came in to take a tube out my throat and she told me I’d been hit by a train. That was the first I’d been told what had happened.

“The nurse didn’t say that I had lost my arm but she didn’t need to — I could see it wasn’t there.”

Tyler, from Coatbridge, Lanarkshire, had been visiting brother Cole, 17, in nearby Carluke with pals when he got off the train at Motherwell on Good Friday.

One mate started chasing him up the platform as the loco began moving away.

But Tyler didn’t realise how close he was to the edge before slipping on to the tracks.

The Celtic fan’s left hand was severed across the palm and his upper arm bone was mangled by the force of the engine’s wheels.

Horrified onlookers called 999 before an ambulance arrived on to the platform to help the stricken teen. He was rushed to Glasgow’s Queen Elizabeth University Hospital  as medics battled in vain to save his limb.

Tyler, who needed 12 staples in his head wound and stitches above his right eye, said of the tragic accident: “I was running the same direction as the train as that’s the way you exit the platform.

“I was a wee bit away  but I didn’t realise the train was moving and, as I started running, I slipped and fell. 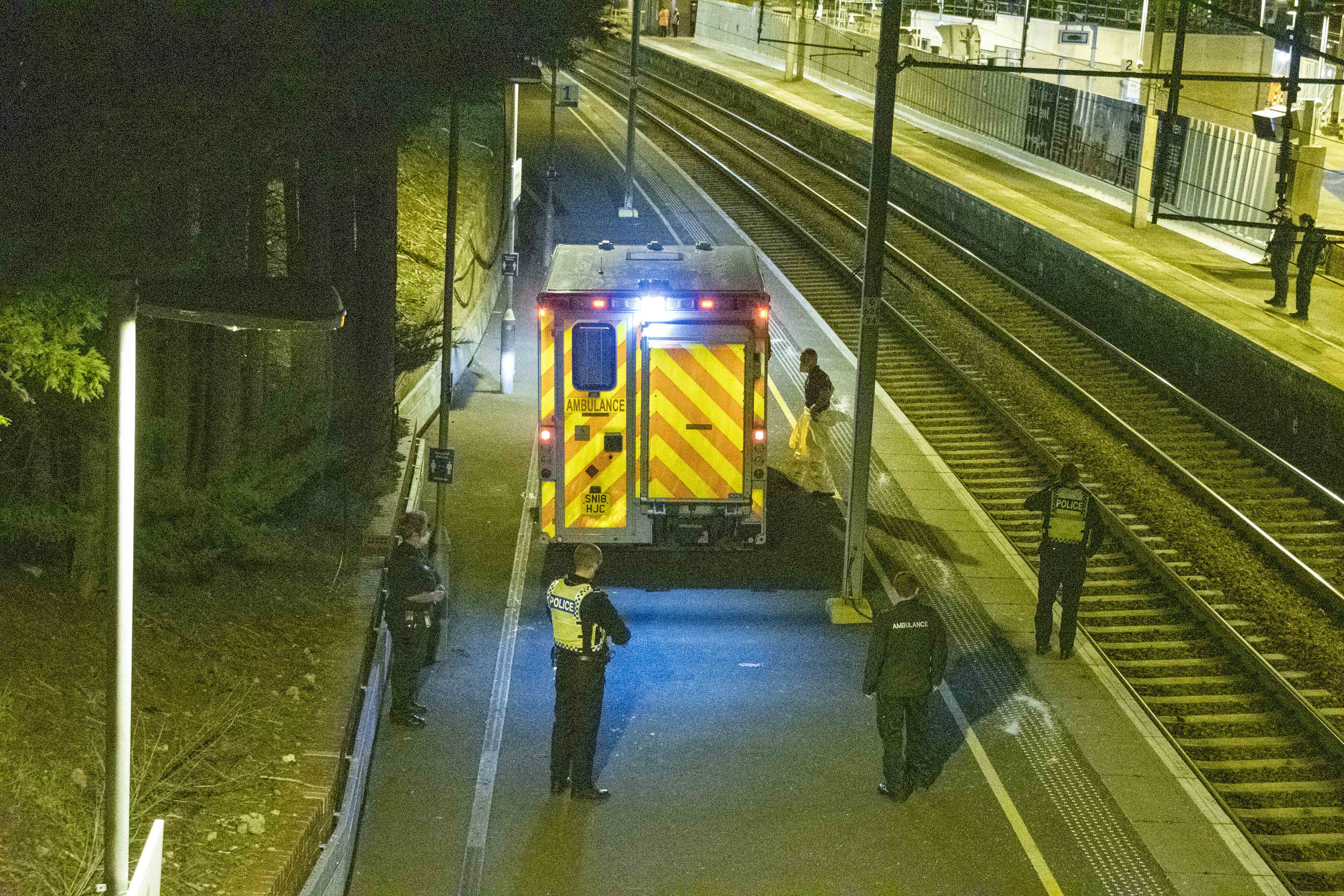 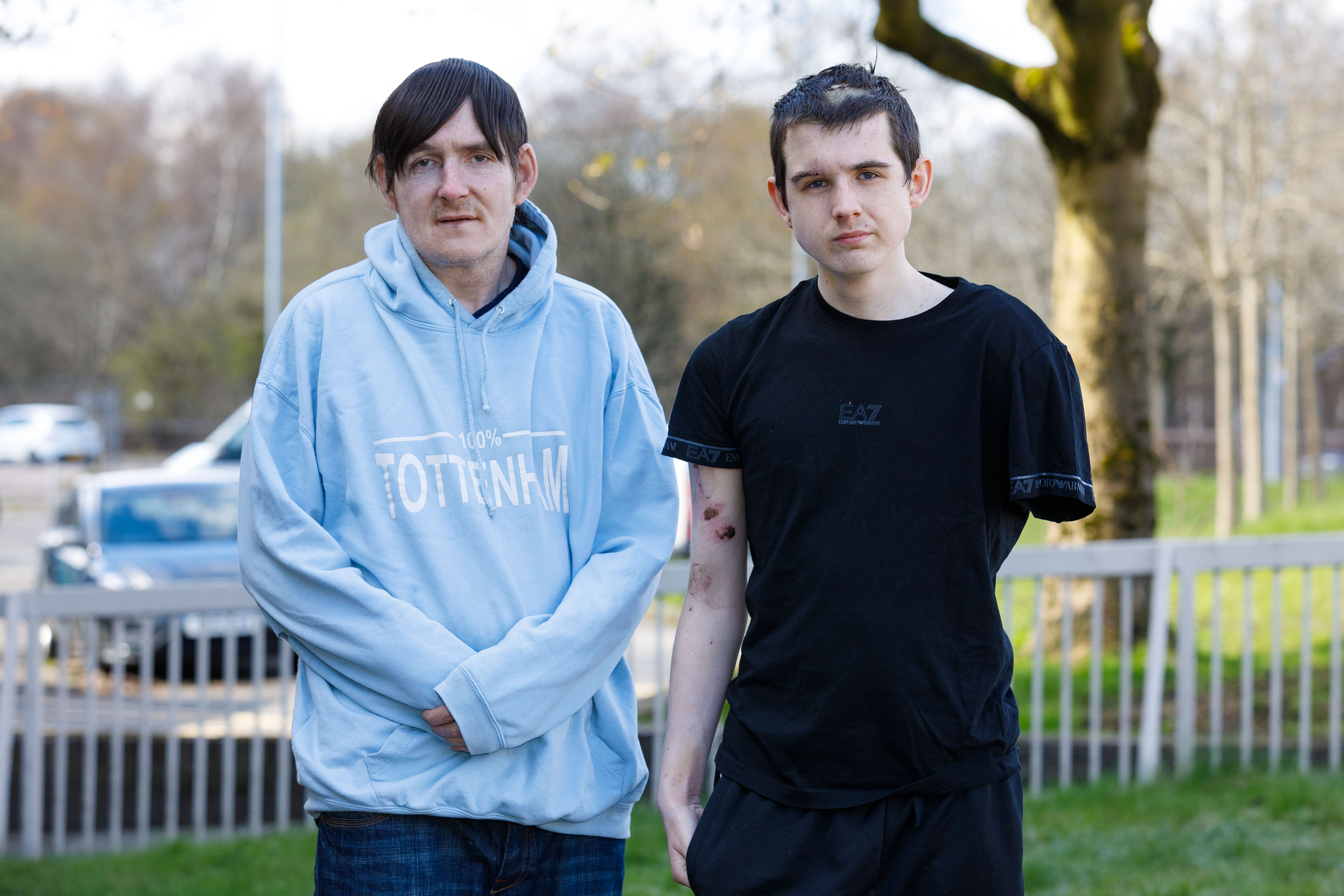 “Bec­ause of the speed of the train, it sucked me on to the tracks.

“I didn’t feel any pain at the time. I didn’t know anything until the hospital.”

Cops told his father Kevin, 44, that CCTV showed Tyler trying to drag himself back up off the rails before disappearing again.

The dad said: “I got a call to tell me, ‘Your son has been hit by a train but he’s alright’.

“I was confused. If he’s been hit by a train he can’t be ‘alright’. But we couldn’t get in to see him straight away.”

Kevin and Tyler’s mum Kerry Wallace, 35, of Shotts, weren’t allowed to stay in hospital due to Covid rules.  But he was eventually let in to see his lad once he had woken up.

The dad recalled: “I told him that he’s going to get through this and there’s a light at the end of the tunnel.

“I know things are bleak just now but he will get better.

“After the first couple of days, his eyes had no spark in them but he’s looking a lot better than he was.

“He’s left school and was due to start a mechanic course this week — but that’s not going to happen until he recovers.

“It’s so hard but we are trying to keep him upbeat. He loves gaming on the PlayStation and there are one-handed controllers so hopefully we’ll get one of them.”

He added: “It will be around six to seven weeks before they think about a prosthetic. If they put it on too early, the wound could grow over it and it won’t fit.”

Brave Tyler revealed he has had to slowly adjust the way he tackles day-to-day tasks using only his right arm.

He said: “I’ve had to completely alter how I do things like getting plates, eating or even charging my phone.

“But the medics said I’ll definitely get a prosthetic arm because I’m young.

“I need to wait until I’ve healed properly and my stitches are out before they consider that. So hopefully once that happens, I can get back to close to normal.”

British Transport Police said they were called to reports of a casualty on the track at Motherwell station at 8.43pm on April 2.

A spokesman added: “Paramedics also attended and a person was taken to hospital with serious injuries. The incident is not being treated as suspicious.”

We pay for your stories and videos! Do you have a story or video for The Scottish Sun? Email us at [email protected]thesun.co.uk or call 0141 420 5300