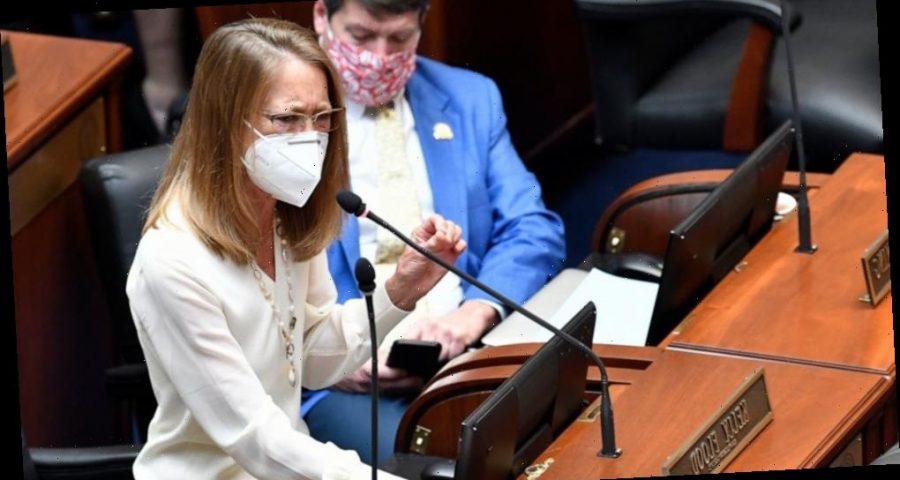 FRANKFORT, Ky — Kentucky’s lawmakers passed a partial ban on no-knock warrants Tuesday, more than a year after the death of Breonna Taylor during a police raid on the Black woman’s home.

Taylor, a 26-year-old Louisville emergency medical technician studying to become a nurse, was shot multiple times in March 2020 after being roused from sleep by police at her door during a drug raid. A no-knock warrant was approved as part of a narcotics investigation. No drugs were found at her home.

The case fueled nationwide protests against police brutality and systemic racism and calls for demonstrators for a ban on no-knock warrants. When police came through the door using a battering ram, Taylor’s boyfriend, Kenneth Walker, fired once.

The measure would only allow no-knock warrants to be issued if there was “clear and convincing evidence” that the “crime alleged is a crime that would qualify a person, if convicted, as a violent offender.” Warrants also would have to be executed between 6 a.m. and 10 p.m.

It also would require officers to take additional steps in order to obtain warrants in the limited circumstances they are allowed. Judges also would be required to sign legibly when approving them.

The House amended the bill, including to allow regular officers in less populated counties to execute warrants if a special response team is not available.

The Senate concurred with the amended version.

Rep. John Blanton, a former state police officer who filed the floor amendment, insisted that the amendment helped rural police departments that lack the same resources and personnel as those in urban and suburban areas.

“What we don’t want to do is have an emergency situation, and a rural area where a special response team may not be able to get to it in time to execute one of these,” he said.

In the Taylor case, a grand jury indicted one officer on wanton endangerment charges in September for shooting into a neighbor’s apartment. But no officers were charged in connection with her death. That was based in part on the presentation of Republican Attorney General Daniel Cameron, who recommended no charges against the officers who shot into Taylor’s apartment.

Some Democratic lawmakers said they cast their vote for the legislation reluctantly, wishing that the Republican-dominated House had advanced another proposal that sought a complete ban on no-knock warrants.

That other proposal, from Rep. Attica Scott, was brought up for discussion earlier this month in committee but was not voted on.

Rep. Reginald Meeks, a Democrat from Louisville, said that while he would have liked to vote for the bill, he felt the measure did not do enough to hold law enforcement officers accountable and prevent police brutality.

“I cannot go home and talk to my brothers and my sister and say that we’ve done something that’s going to help save lives,” he said.

If signed into law, the legislation would not interfere with Louisville’s local ban on all no-knock warrants.

Three other states have prohibited the practice. Virginia passed a ban on all no-knock warrants last year. The warrants are also not permitted under Oregon and Florida state law.

Hudspeth Blackburn is a corps member for the Associated Press/Report for America Statehouse News Initiative. Report for America is a nonprofit national service program that places journalists in local newsrooms to report on undercovered issues.