BRITAIN’S oldest mum of quadruplets has been snapped buying a whopping eight packs of nappies for her weekly shop.

Tracey Britten, 51, was also seen pushing a trolley full of four tubs of formula, three XXL packs of wipes and some toilet paper as she left Tesco at the weekend. 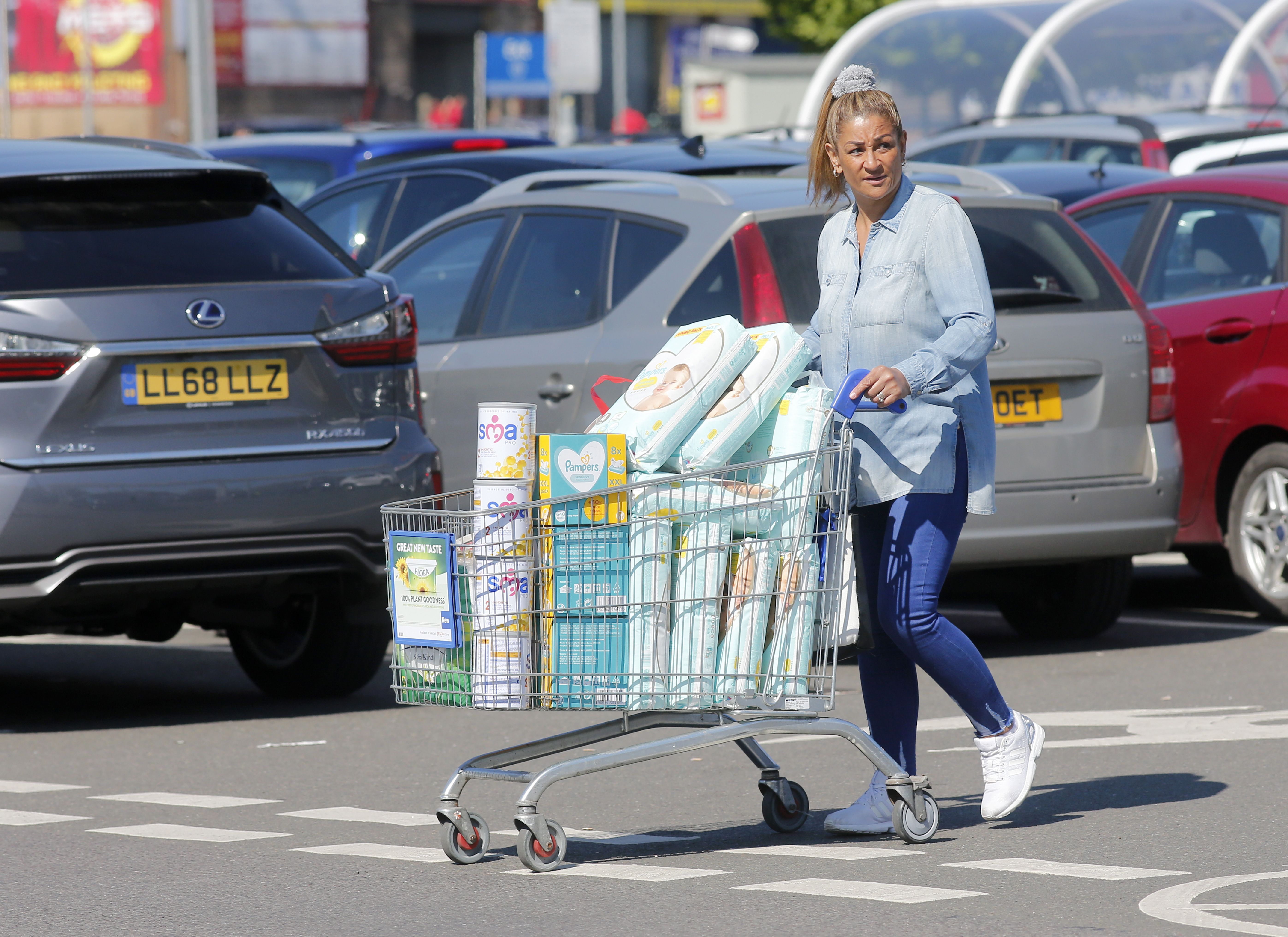 She later packed the supplies into the back of a large Mercedes but the babies are not thought to have been with her.

The mum has previously revealed she gets through 224 bottles of formula, 168 nappies and 56 outfits every week after giving birth in October.

The Sun revealed in September that Tracey was carrying quads after spending £7,000 on IVF at a clinic in Cyprus.

Gran-of-eight Tracey already had three children — now 32, 31 and 22  — with her first husband when she decided to try for another with new partner Stephen.

They were delighted to give birth last year to George, Francesca, Frederica and Grace with the help of 32 medics.

Tracey, from North London, forks out almost £100 on nappies a month but insists she wouldn't change a thing.

She said previously: "You do have moments late at night when you think: 'Oh my God, what have I done?'

"It’s hard graft. But then, quick as a flash, I think: “It’s only for a few months — they will be able to feed themselves soon.

"I don’t regret it. I wouldn’t have had them if I didn’t want them — and it will get easier." 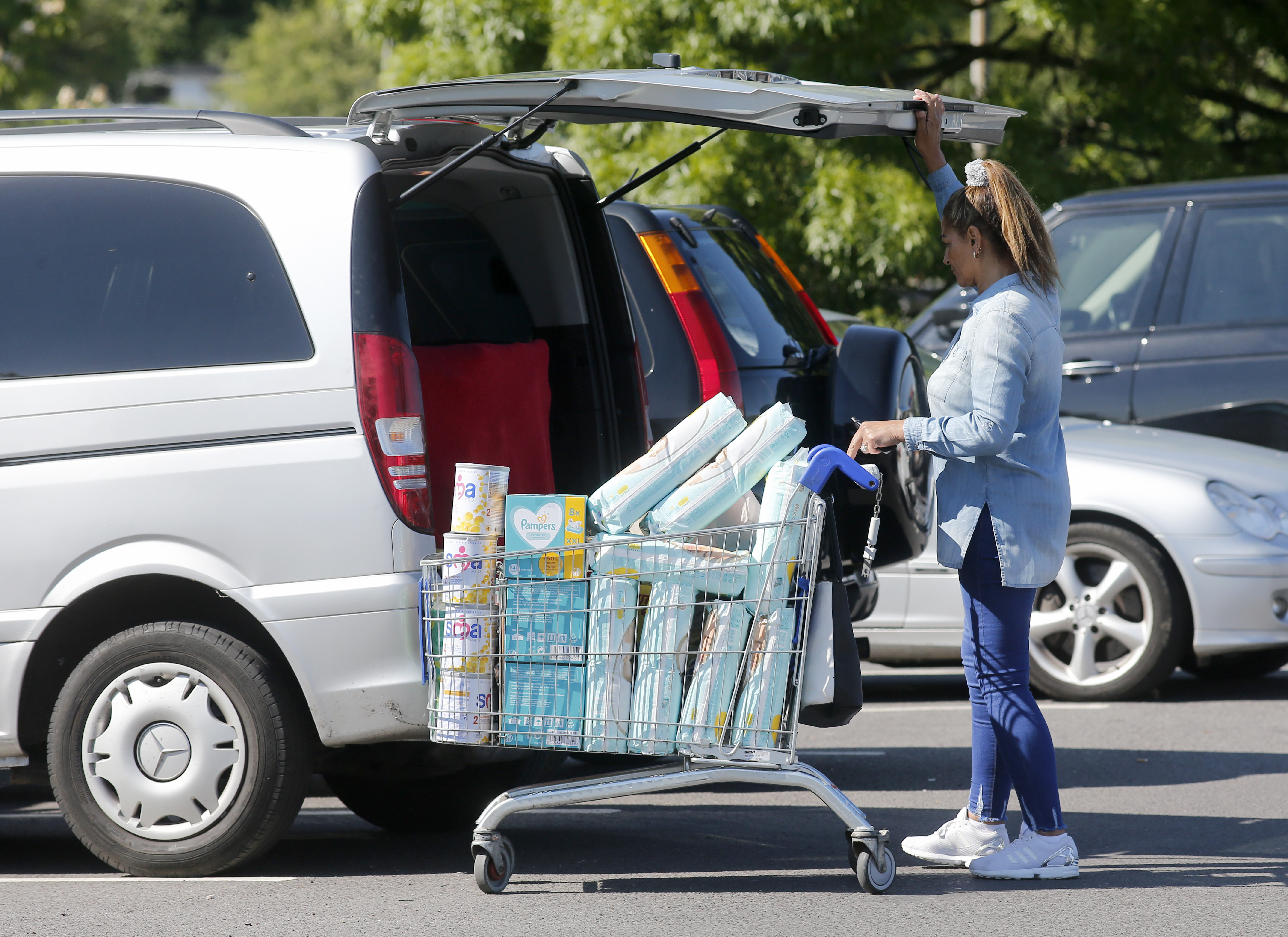 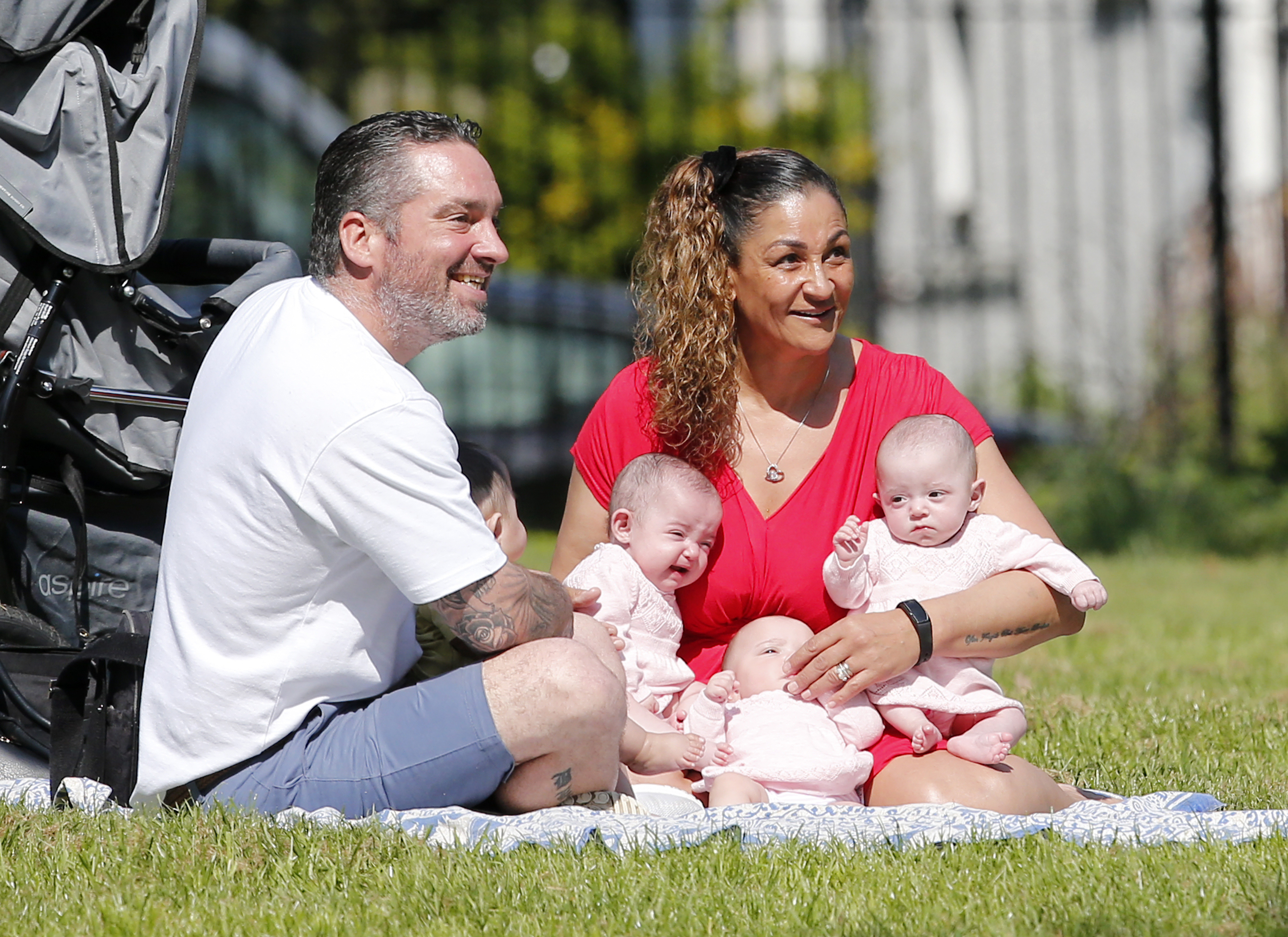 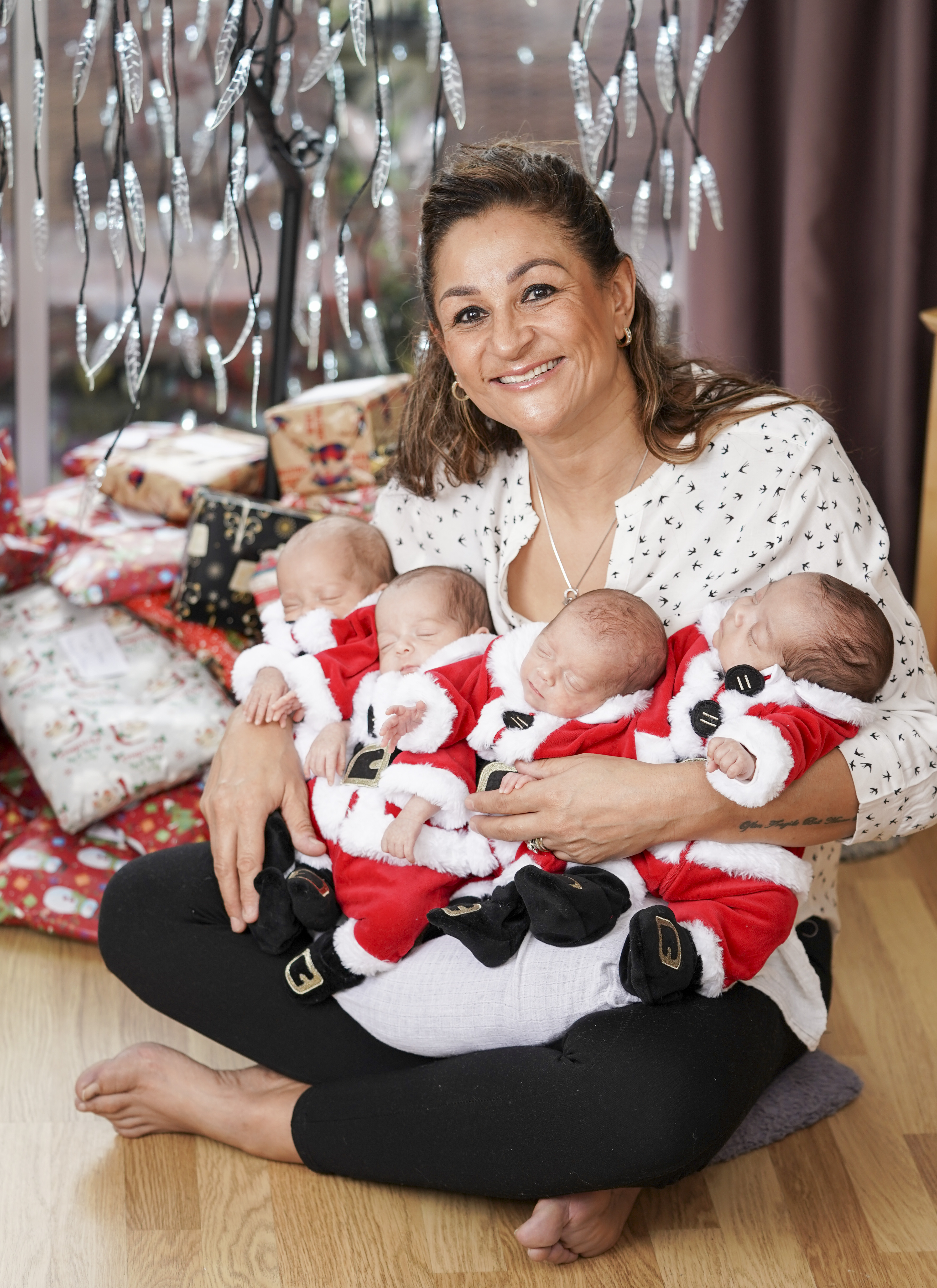