British man, 24, falls to his death from a cliff in French Alps as he walked home from a night in the pub

A British man has died in the French Alps after a night out with friends.

His body was discovered yesterday afternoon at the foot of a cliff after he was reported missing at 5am.

Police believe he fell off a cliff after getting lost on his way back to his accommodation following a night in the pub.

The man, who has not been named, was staying in Brides-les-Bains, near the ski resorts of Courchevel and Méribel.

His body was discovered three miles away in Les Allues where he had been socialising.

A search involving police, firefighters and mountain rescue equipped with dogs was launched and continued throughout yesterday. 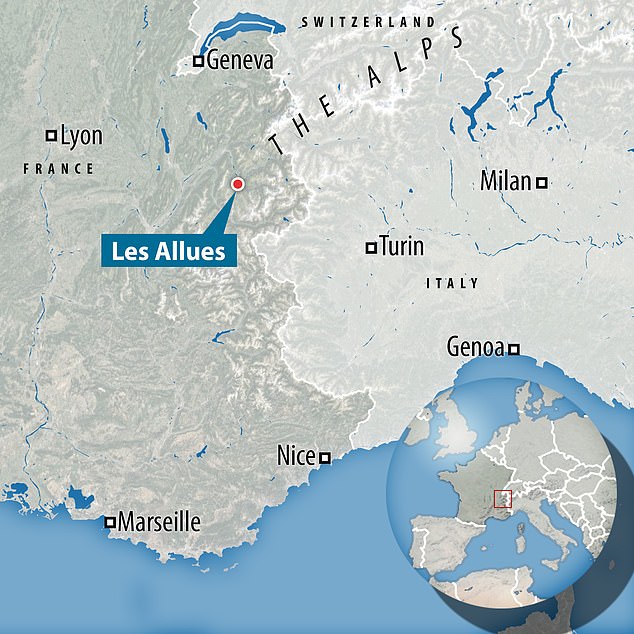 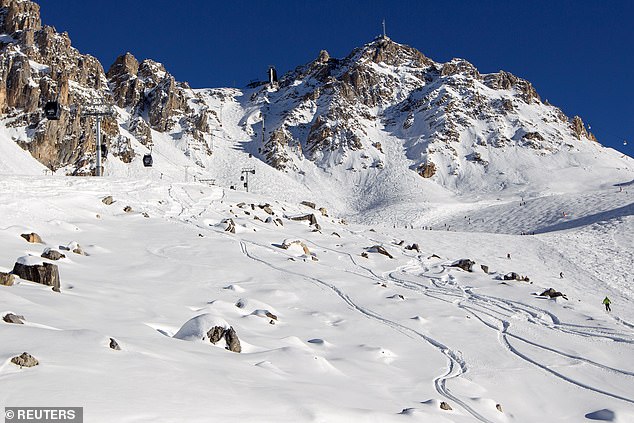 The man, who has not been named, was staying in Brides-les-Bains, near the ski resorts of Courchevel and Méribel (pictured)

His body was spotted by a helicopter crew at 4.50pm, almost 12 hours after he was reported missing.

A spokesman for Albertville police said: ‘Unfortunately the body of a man was discovered yesterday after a big search.

‘He was most probably the victim of a fall. We believe he was walking back from Les Allues to his accommodation in Brides-les-Bains. He departed with some other people but they became separated.

‘He was reported missing in the early hours. He was discovered not far from Les Allues. It appears he had not walked that far.

‘We have no further information. An investigation into the death of the man has been opened and this will determine how he died and how far he fell. We can give no further details.

‘Currently we have little information about him and are trying to establish if he was a season worker or a tourist.’

The three-mile walk between Les Allues and Brides-Les-Bains takes about an hour-and-a-half. In the early hours of Thursday the temperature was minus three degrees celsius.

Brides-les-Bains is directly linked by a cable-car to the famous resort of Méribel, popular with British skiers.

The town was an Olympic Village for the 1992 Winter Olympics based in Albertville.

The tragedy comes just weeks after British doctor William Reid, 25, fell to his death in the French ski resort of Avoriaz.

William, from Edinburgh, was on the fifth day of a New Year holiday with his girlfriend and his family.

They had just enjoyed lunch and were making their way back to their accommodation. His family said he took a wrong turn and fell. Medics battled in vain to try and save him.