British mastermind behind $2m Beverly Hills diamond heist reveals all: Reformed credit card fraudster from Manchester tells how he tricked US jewellers into handing over precious gems by posing as Sultan of Brunei’s brother

A reformed con artist has opened up about his double life as a fraudster and how he and his friends came up with the idea to con an exclusive jewellers out of $2million.

Saqib Mumtaz has opened up about his former ‘double life’ which saw he and his three friends pose as the Sultan of Brunei’s brother.

The 48-year-old, who has now turned his life around, has told how he and a group of friends stole millions of pounds worth of jewellery in the late 90s.

In an elaborate hoax Saqib and friends managed to convince Bijan jewellers based in Beverly Hills, California, to fly to London with a bag of jewellery.

The friends had convinced the jewellers the ‘prince’ wanted to purchase a selection of watches and necklaces to wear a wedding.

And it was at this point the bag of jewellery changed hands and disappeared, never to be seen again. 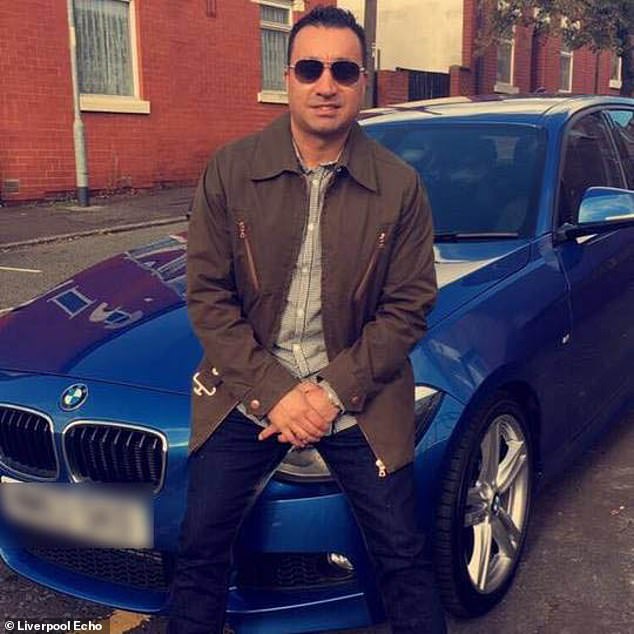 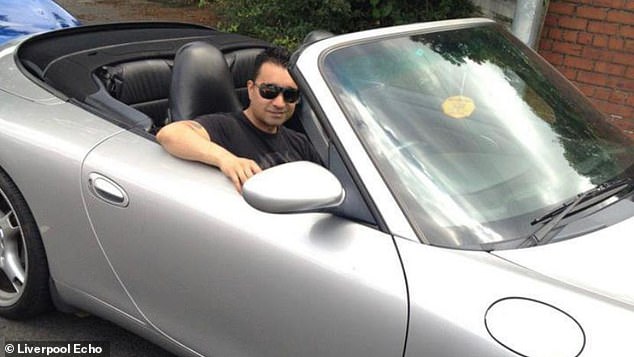 All four men were eventually arrested after police linked them to the heist using voice analysis of phone calls to the jewellers.

Saquib, who lives in Manchester, was jailed for three and a half years in 1997 after admitting two counts of conspiring to steal and two of obtaining property by deception.

Mumtaz’s life story is the subject of British film Plastic, starring Alfie Allen, Ed Speleers and Will Poulter, which sees the British cast travel to Miami to steal millions from some of the world’s wealthiest elite.

Speaking to the Liverpool Echo, Saqib described how they came up with the idea.

He said: ‘We found out the Sultan of Brunei had been there (the jewellers) a few months before on a shopping spree, so I thought let’s give them a call.

‘Before we did, we gained as much information as we could – it took weeks and when we rang the jewellers we said we are interested in a selection of jewellery.

‘We never spoke about money, because when you’re rich, you don’t. We said we’re having a wedding in England and we wanted them to come here.

‘We said we would arrange and pay for everything and asked could they bring a selection of jewellery.’ 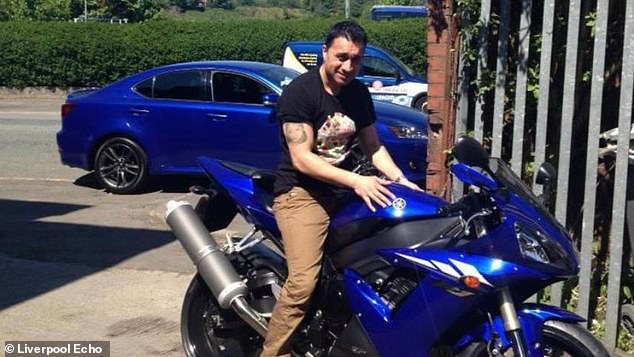 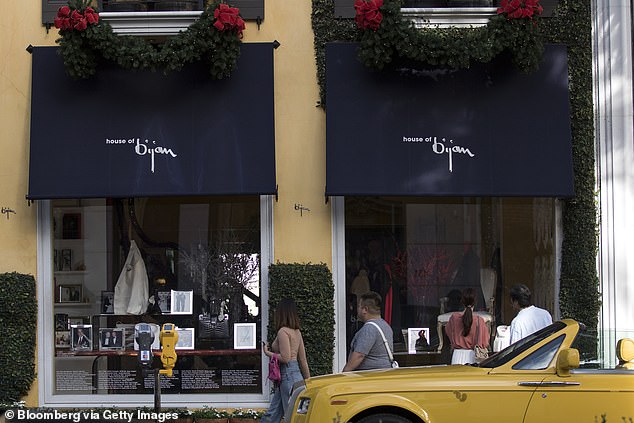 Saqib said conversations went back and forth and they even pretended to be on an aeroplane to fool the jewellers.

He said: ‘We pretended we were on aeroplane on a satellite phone, but obviously we weren’t, we were in a kitchen in Manchester with an extractor hood on.’

To impress the Sultan of Brunei the friends used stolen credit cards to flash the cash.

He added: ‘We didn’t use the Sultan of Brunei’s credit card, we used other people’s.

‘We even hired a Learjet on a banker’s credit card. I think that was about £150,000, that really impressed them.’

On the day of the heist Saqib asked his friend to dress up as the prince.

He also hired a chauffeur and an SAS bodyguard to accompany his friend at the meeting with the jeweller’s representatives.

He said: ‘So they flew over and when they landed, there was a limousine waiting for them, all paid for on different credit cards with flowers greeting them to make them feel at ease. 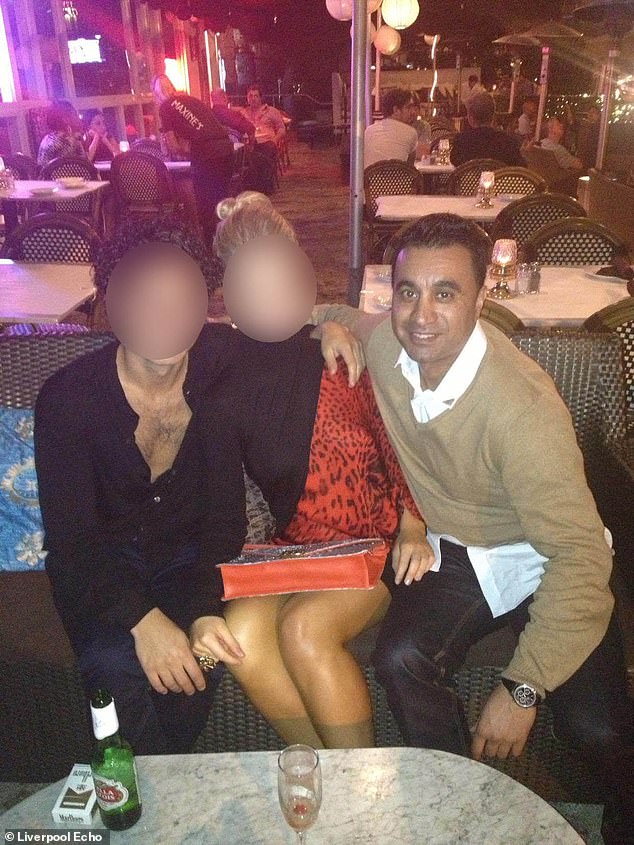 ‘I’d asked one of my best friends to be the prince. If you’re going to ask someone to do you a favour, something like that, carrying millions of pounds of jewellery, it’s got to be someone you trust.

‘The jewellers – they didn’t have bodyguards, it was just a man and a woman and we’d gained their trust.’

How fraud funded lavish lifestyle: ‘We would visit countries and be living the crazy life on credit cards’

Along with three of his friends and the help of an insider at American Express, Mumtaz made a luxurious living out of credit card fraud before the now-famous heist.

Saqib, who ran a business in Wirral for over 10 years, said he first became involved in credit card fraud – which is how he funded his lavish lifestyle.

He said: ‘I was living a double life – at home I was a good little Asian lad who was studying and working part time.

‘We would visit countries and be living the crazy life on credit cards. Mainly it would be the rich Arabs and film directors, anyone famous who had unlimited tonnes of money on American Express.

‘At the time, people around us were doing drugs and robberies and that was one route we didn’t want to go down.’

Saqib said at the time he and his friends didn’t think what they were doing was a crime.

‘I didn’t think of it as a crime because we weren’t robbing stores, houses or selling drugs so we thought it was a bit harmless in a sense – obviously it wasn’t, it was a crime.’

Over the years Saqib said he and his friends progressed onto bigger scores.

In an interview with GQ magazine in 2014, he described an extravagant trip to Las Vegas.

He said: ‘The MGM Grand Casino and Hotel was new and honestly it was just limousines and high-life.

‘At our hotel we met up with Will Smith and Tupac Shakur.

‘In those days, kids our age never went to Vegas, now it’s a common thing but it was just so completely different.

‘Yet we couldn’t really boast about it because it would have been like “what are these kids from Cheetham Hill doing hanging about with Tupac”.’

Saqib explained his wealth by telling his parents he had taken out a loan.

Because the internet was still in its infancy and social media was non-existent, he says the group had no trouble keeping their lavish trips to themselves.

The man and woman were driven in a limo to a West End hotel.

The next day, the friend who posed as the prince went to the meeting place with a bodyguard.

‘Now the bag has been passed over, the chauffeur has been told to drive off.’

Saqib said once the ‘fake prince’ had made off with the bag their elaborate plan started to go awry.

He said: ‘What’s happened is, my mate has got down the road in the limousine and that’s when his phone battery ran out.

‘He borrowed the chauffeur’s phone and rang one of us on a personal number. That was a link.

‘Also, the chauffeur needed to relieve himself, so he’s parked up and I’m talking to my mate (over the phone) and I said, well what’s going on and he said, oh the chauffeur has gone for a leak. I said what, and you’re sat in the car? Get the hell out of there.

‘So he got out of there, legged it, caught the Tube home because at that time he lived in London.

‘The next day I got him to catch a train to Leeds, where I got the bag off him. I said right listen, go home and be on your toes because you might get a knock on the door but you’re going to get looked after and that was it.

‘And the next thing you know, he gets arrested.’

Saqib said another problem the friends encountered was when one of them was caught on CCTV buying a phone.

He said: ‘I asked one of my other co-defendants to buy a phone where there were no cameras.

‘But he ended up getting one from Woolworths and they kept their CCTV footage longer than anyone else so that was another link.’

With two of the group now in custody, Saqib recalled how one of his co-defendants began to panic and was ready to confess the whole thing.

He added: ‘We didn’t have a choice but to hold our hands up. The two guys who got arrested and put on remand were getting word back to me saying listen, this ain’t going to work, you’re going to have to own up.’

Saqib said after the heist the police were on to the friends and had been ‘following them for weeks’.

Police also recovered one piece of jewellery which was found on one of Saqib’s co-defendants. The rest have never been found.

He said: ‘I got arrested and put on remand. In the end, I knew they were going to get me.

‘You can’t go through the years of doing what we did and not paying for it. It’s just that when you’re young, you think you’re invincible.’

Saqib was sentenced to three and a half years, after admitting two counts of conspiring to steal and two of obtaining property by deception.

Khawar Zaman, from Crumpsall, Manchester, was the friend who posed as the prince. He admitted conspiring to steal. He was jailed for one year.

Mohamed Awan, 27, from Cheetham, Manchester, admitted conspiracy to steal and two counts of obtaining property by deception and was handed three and a half years in prison.

Omar Ayub, 24, from Cheetham, Manchester, admitted assisting in the retention of stolen goods and received a conditional discharge. 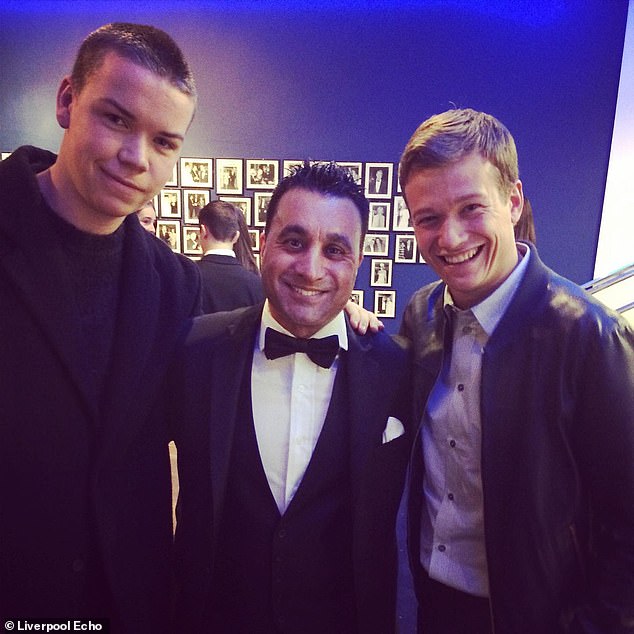 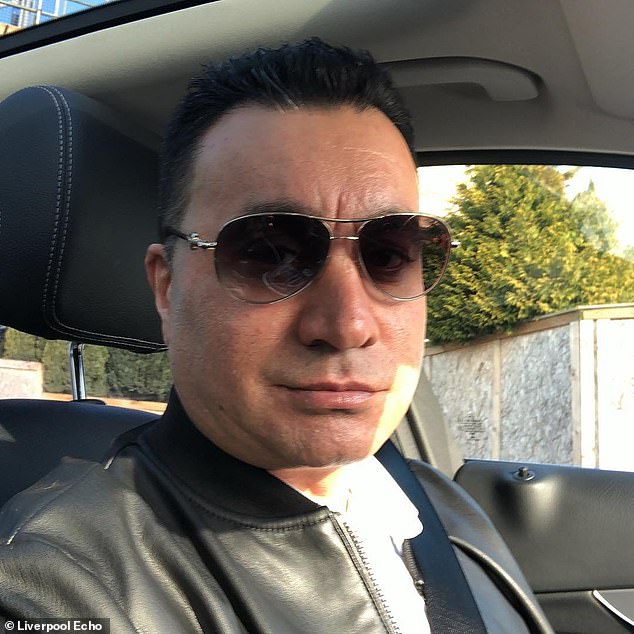 Saqib said: ‘Fair enough, you do a crime, you do your time, and I was glad in a way I did the time the way it was, because it made me realise, I ain’t going back there again.

‘My biggest thing was my family, they didn’t have a clue what I was doing and I thought about the embarrassment it’s going to cause them.

‘Coming from an Asian community, where my dad has worked all of his life, never done anything wrong and paid his taxes, to what I did.

‘I had no history of criminality in my household, so I was just worried about my mum and dad and what they’re going to say because they didn’t have a clue.’

Saqib said he still holds onto the regrets of what he and his friends did to this day and now tries to mentor children and encourage them away from a life of crime.

He added: ‘I do have regrets, I’ve got kids now, and I’m trying to do some mentoring with schools, to go in and let them know, crime is not the way.’

Saqib’s story is the subject of British film Plastic, starring Alfie Allen, Ed Speleers and Will Poulter. The premise of the film sees characters travel to Miami to steal millions from some of the world’s wealthiest elite.