Two brothers, 18 and 16, with ‘limited swimming ability’ drowned after being swept out to sea and dragged under by fast incoming tide, inquest hears

Two brothers drowned after being swept out to sea and dragged underwater by a fast incoming tide at St Annes, an inquest has heard.

The first part of a hearing at Blackpool Town Hall today heard how 18-year-old Muhammad Shabbir and Ali Shabbir, 16, travelled from Yorkshire to Lytham St Annes, on the coast of Lancashire, with their family last summer.

Assistant Coroner Andrew Cousins said Muhammad and Ali had been ‘swept out to sea’ while playing in the water with their cousin Hamza.

Mr Cousins told the inquest: ‘On August 15 in 2020 Ali and Muhammad came with their family for a day at the beach. At approximately 6pm the three began to get into difficulty in the water.

‘Hamza managed to get back to the shore however, sadly, both Ali and Muhammad were unable to escape and were swept out to sea.’ 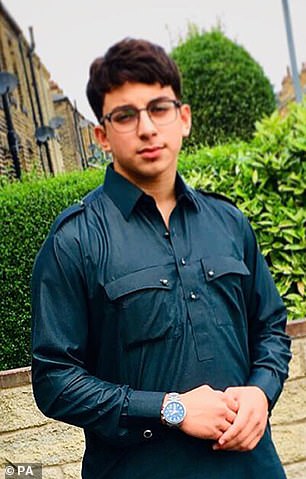 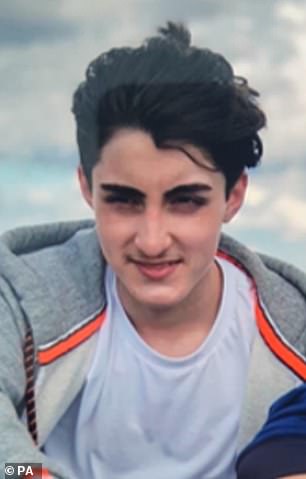 Muhammad Azhar Shabbir (left), 18, and Ali Athar Shabbir (right), 16, drowned after being swept out to sea and dragged underwater by a fast incoming tide at St Annes on the coast of Lancashire, an inquest has heard

Detective Inspector Kevin Simmons said the boys’ struggle was witnessed by relatives and members of the public who saw the pair ‘struggling in water up to their chests’.

‘They got cut off by an incoming tide while playing in the sea,’ he said.

‘Although they appeared to be in shallow water it encroached behind them.

‘Hamza made it to the shore but Muhammad and Ali continued to struggle in the water which was coming up to their chests. They were then dragged from view beneath the sea.’

Lifeboat crews, the Coastguard, police and members of the public spent 17 hours searching for the boys. 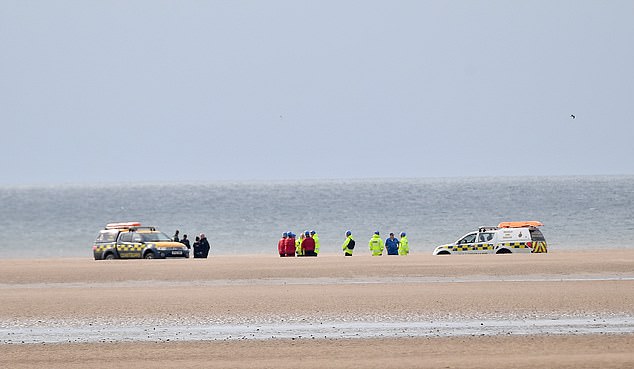 The Coastguard, police and members of the public spent 17 hours searching for the boys 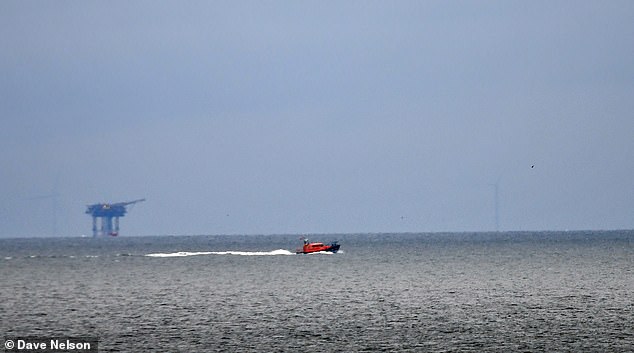 A lifeboat is seen during the search for the boys. Emergency services arrived ‘around 45 minutes’ after the boys’ father Mr Shabbir called 999, the coroner said

However, at around 4pm the next day the bodies of Muhammad and Ali, who had ‘limited swimming ability’, were found, approximately a mile away from where they were last seen.

They were both fully clothed, apart from their shoes, and were found face down on the sand close to each other.

A post mortem examination confirmed the brothers had both drowned.

Detective Inspector Simmons revealed that the high and low tide times, printed on a sign nearby to where the Shabbir family parked, were ‘out of date’.

‘The schedule was out of date and didn’t show the current high and low tide times,’ he said.

‘The person responsible (at the local authority) had been off on a period of leave and the task hadn’t been allocated.’ 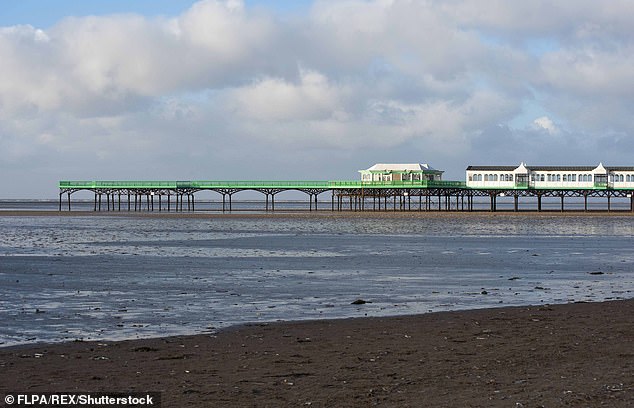 Assistant Coroner Andrew Cousins said Muhammad and Ali had been ‘swept out to sea’ while playing in the water with their cousin Hamza. Pictured: Pier at Lytham St. Annes on Fylde coast

Ian Curtis, head of governance at Fylde Borough Council, asked DI Simmons if there was any evidence to suggest the Shabbir family had consulted the sign, to which he replied ‘no’.

The coroner asked the detective about the nature of the tides around St Anne’s as well as the landscape of the beach.

‘From personal experience, with it being such a flat beach, it does come in quite rapidly,’ he added.

The boys’ mother, Tasleem Shabbir, revealed she had warned them about not going too far out. She had been sat about a mile away from the water with the younger children.

‘Mr Shabbir asked you if you thought they were too far away and you said you warned them several times,’ the coroner said to her.

‘You tried to attract their attention but were unable to do so* by this point the water was at their waists and had been at their ankles, in the space of about a minute.’

Mrs Shabbir said she had ‘not noticed any signs or warning signs’ about the water or the tide at the beach and had made ‘a conscious effort’ to look for some the day after her sons were swept out to sea.

Although she said ‘no one is to blame’ Mrs Shabbir did question the length of time it took for the emergency services to arrive at the scene.

‘I don’t understand why it took so long,’ she said.

The boys’ father Talat Shabbir, who runs a mail order firm from the family home in Clarke Street, Dewsbury, said he called 999 when the boys were seen struggling in the water but ‘didn’t think they would be able to reach the area in time’.

The emergency services arrived ‘around 45 minutes’ after Mr Shabbir called 999, the coroner said.

Mr Shabbir echoed his wife’s concerns about the lack of signage at the beach or the car park, close to the Monterey Hotel, where the family had parked.

‘I was surprised, it’s such a large public place and I thought there would be more signs,’ he added.