Near the end of a bad week for the NFL, in terms of COVID-19 numbers spiking on multiple teams, the league postponed games for the first time this season.

Saturday's game between the Cleveland Browns and Las Vegas Raiders was moved to Monday. The Seattle Seahawks-Los Angeles Rams and Washington Football Team-Philadelphia Eagles games were also moved, due to outbreaks on the Rams and Washington. Both of those games will be Tuesday. The NFL announced the changes on Friday afternoon.

The Raiders-Browns game will be Monday at 5 p.m. ET on NFL Network. Both Tuesday games will kick off at 7 p.m. ET on FOX and they'll be on NFL Sunday Ticket.

"We have made these schedule changes based on medical advice and after discussion with the NFLPA as we are seeing a new, highly transmissible form of the virus this week resulting in a substantial increase in cases across the league," the NFL said in the press release announcing the changes. "We continue to make decisions in consultation with medical experts to ensure the health and safety of the NFL community."

For players on the Raiders, Seahawks or Eagles who aren't having a huge outbreak, there was frustration at the NFL's change of heart. Raiders linebacker K.J. Wright expressed his displeasure.

I pay my player dues just to get lied to and the rules bent! @[email protected]

The news this week never got better for the Browns. At first it was that most of their offensive line and receiver Jarvis Landry went on the COVID-19 reserve list. Then quarterback Baker Mayfield and coach Kevin Stefanski were added on Wednesday. On Thursday, next quarterback up Case Keenum went on the list. On Friday, it was edge defender Jadeveon Clowney. As of Friday afternoon, the Browns had 24 players on the COVID-19 list, three from the practice squad and three others who were ruled out due to injury according to Tom Withers of the AP.

Before Friday, anytime the NFL had been asked they stated there was no change to the status of the game, the first scheduled Saturday game this season in the NFL. Mayfield complained about the NFL's protocols. Many pointed out it would be easy to push the game back, though that would leave a gap in the television schedule on Saturday. The NFL resisted until Friday afternoon, when shortly before the Raiders were scheduled to take off, Dan Graziano of ESPN reported the NFL and NFLPA were having discussions about moving the game.

The Browns were not the only team dealing with an outbreak. The Rams and Washington also had more than 20 players go on the reserve list. There was news from other teams around the league, like New Orleans Saints coach Sean Payton testing positive and being ruled out of this week's game against the Tampa Bay Buccaneers. It was a reminder of 2020, when the news cycle was dominated by news of players going on and coming off the reserve/COVID-19 list. There was reportedly even a disagreement between players and the union over COVID-19 protocols such as testing and quarantines, according to NFL Media's Tom Pelissero.

A notable dynamic: Sources say the NFLPA has received feedback that a majority of players want to eliminate COVID protocols altogether. No more testing, quarantining, etc. That sentiment isn’t shared by union leadership, which has continued to advocate for daily testing.

In 2020, many games were moved. There were games held on every day of the week for the first time in NFL history. There hadn't been any games moved this season through 14 weeks because there was no large team-wide outbreak. The NFL resisted moving any games in Week 15 until Friday. They said in a memo over the summer that games wouldn't be moved or postponed due to competitive reasons, like a team losing multiple players at a position group. They did leave the possibility open if there were medical considerations. 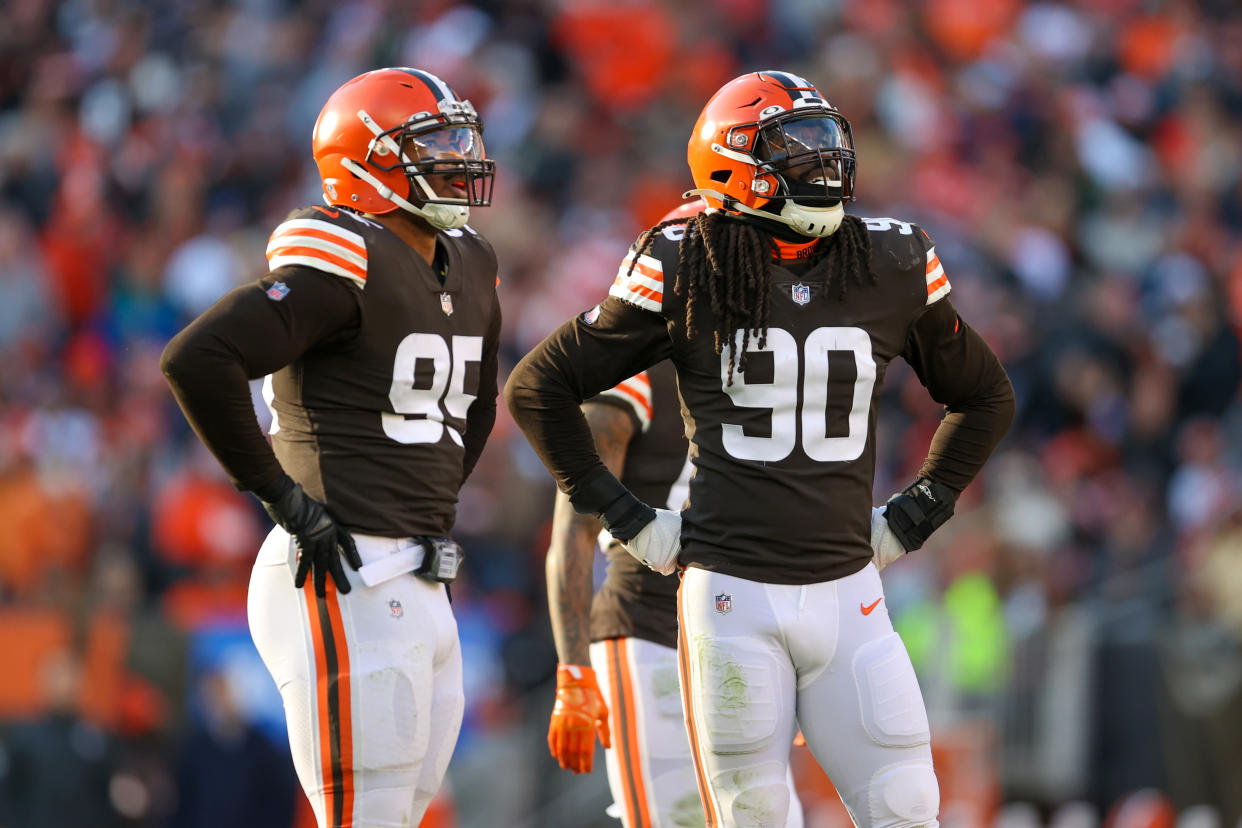