Rishi Sunak has announced the creation of a £1 billion fund to help pay for ‘all unsafe combustible cladding’ to be removed from high rise residential blocks.

The move by the Chancellor is designed to avoid a repeat of the Grenfell Tower fire in June 2017 which cost the lives of 72 people.

An inquiry into the tragedy is ongoing but it has previously heard the use of combustible cladding on the building had fuelled the fire’s rapid spread through the 24-storey west London block.

Mr Sunak used the Budget today to set out plans to establish a Building Safety Fund which will be used to pay for the removal of dangerous cladding from all private and social residential buildings over 18 metres in height.

Campaigners welcomed the move but urged the government to go even further. 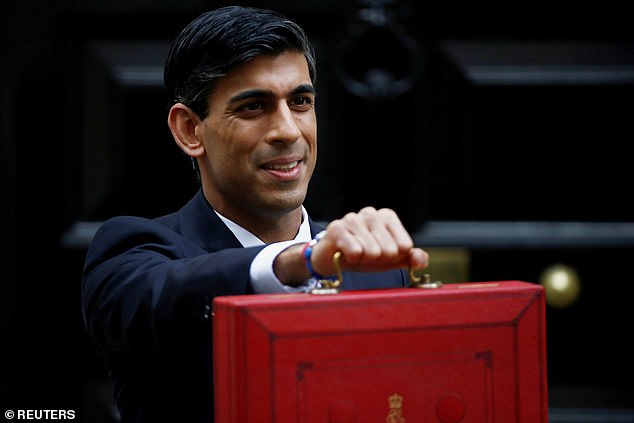 Mr Sunak told the House of Commons that ‘two and a half years on, we’re still grappling with the tragic legacy of the Grenfell Tower disaster’.

‘That new fund will go beyond dealing with Aluminium Composite Material to make sure that all unsafe combustible cladding will be removed from every private and social residential building above 18 metres high.’

Mr Sunak said that the Housing Secretary Robert Jenrick will also ‘spearhead our efforts to make sure developers and building owners do their fair share as well’.

Campaign group Grenfell United said after the Chancellor’s announcement: ‘Today it feels like a big step has been taken. The Government is finally waking up to the severity of the situation.

‘We hope for the first time in many months people’s anxiety might ease and residents can see an end in sight for the crisis.

‘It’s thanks to residents up and down the country, in social and private housing who raised their voices. We stood together and made sure we will not be ignored.

The group added: ‘This is just the start. The fund is for buildings over 18m (metres) only, not yet for buildings under that. Hard work is needed to make sure buildings are prioritised, the funds get out quickly and work starts immediately.’ 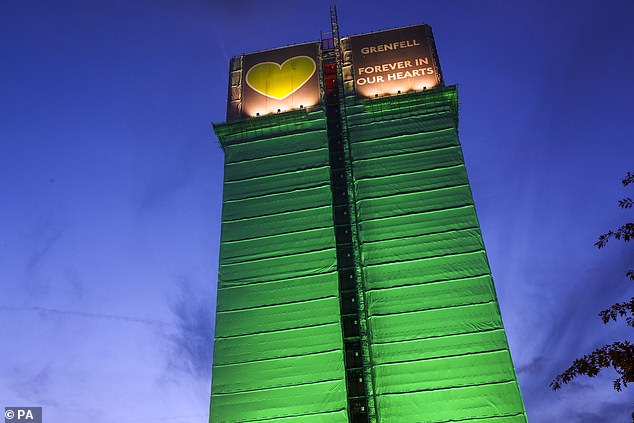 An inquiry into the June 2017 Grenfell blaze is currently ongoing. The fire killed 72 people

Campaigners the UK Cladding Action Group said: ‘We look forward to hearing in more detail how this money is to be spent and do hope as stated that it covers ALL types of cladding and fire safety defects; notedly today’s announcement does not address what will now happen for buildings under 18m (metres).’

The inquiry into the Grenfell Tower fire was set up by Theresa May and started its work in September 2017.

The inquiry has previously heard the ACM Reynobond PE panels used in Grenfell’s cladding system had a heat combustion akin to diesel and close to lighter fluid and possessed a high-calorific value compared with other construction materials.