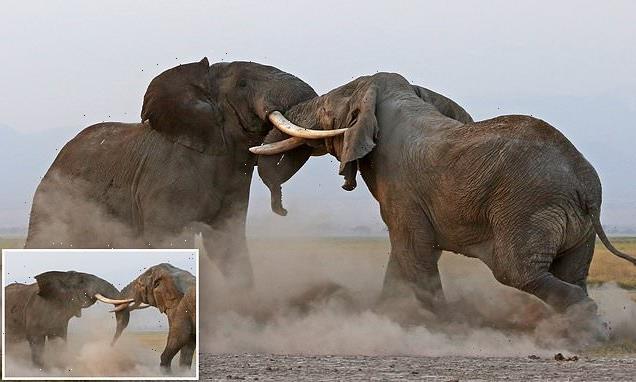 Two bull elephants put on a show for the camera as they locked tusks and fought one another in a brutal battle for herd supremacy.

Photographers Laurent Renaud and Dominique Haution, both 62, of Douai, Northern France, captured the incredible images at the Amboseli National Park in Kenya.

In the clash of the six-tonne titans, the two mammals initially size up their opponent and face each other like a battle between prize sumo fighters. 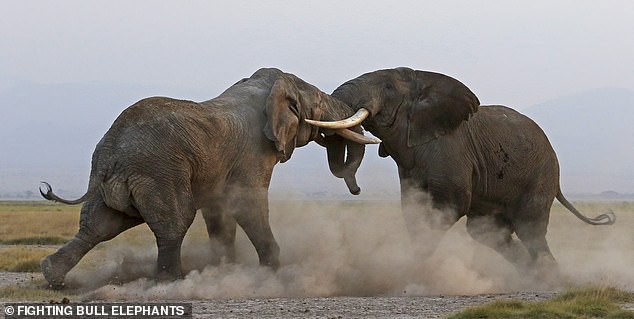 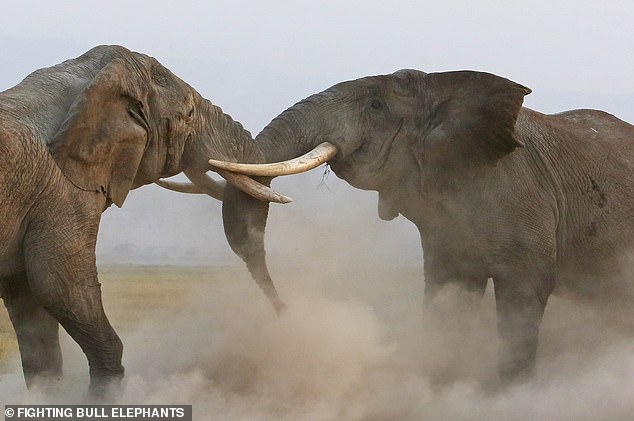 The six-tonne titans, the largest land mammal on Earth, went tusk-to-tusk in a skull-crushing battle 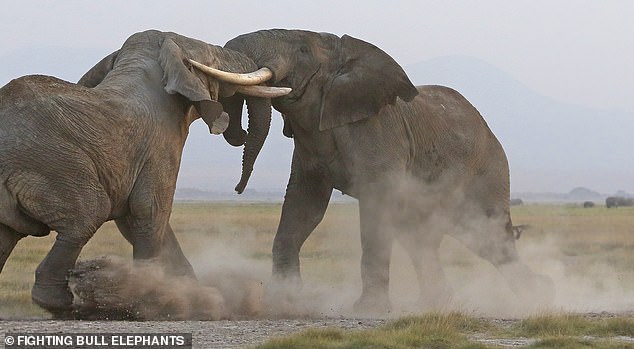 The elephant on the right-hand side of the frame begins to point its tusks upwards in an aggressive motion while creeping forward in the direction of its foe.

In the next shot, the two are locked tusk-to-tusk and slamming into each other with their full force as their raw power is put on full display.

The larger and more aggressive elephant then throws caution to the wind and overwhelms his opponent as a cloud of dust swirls around the pair.

Their skull-cracking conflict comes to an end when it appears that the elephant with smaller tusks concedes defeat, turns their back and begins to run away.

Desperate to prove their dominance, the aggressive elephant pursues his foe for a short time, before they both disappear into the distance.

Photographer Laurent said: ‘It’s very impressive to see the power of these animals, and these two boys are among the biggest tuskers in the park.

‘The fight was so important as it dictates leadership as well as who will have easier access to females.

‘You have to be very careful because they can be very aggressive and charge the vehicle at any time.’ 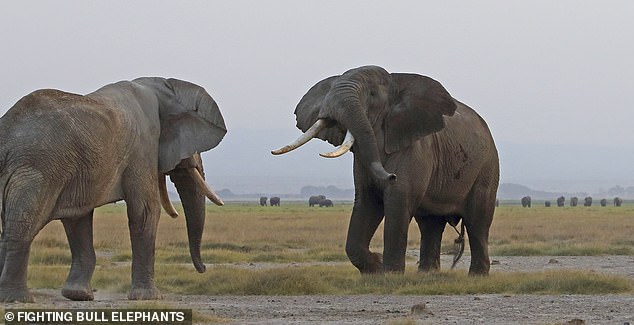 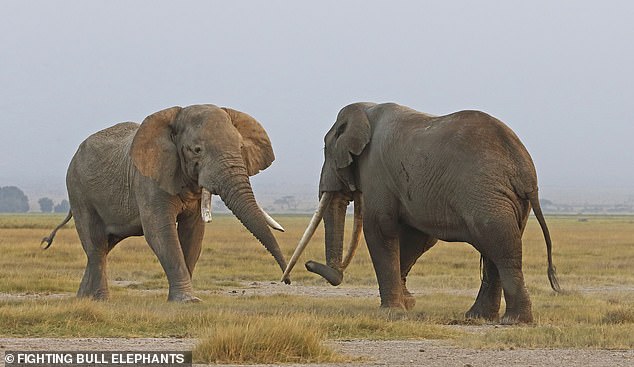 After a brief battle, the elephant with smaller tusks (left) concedes defeat, turns their back and begins to run away 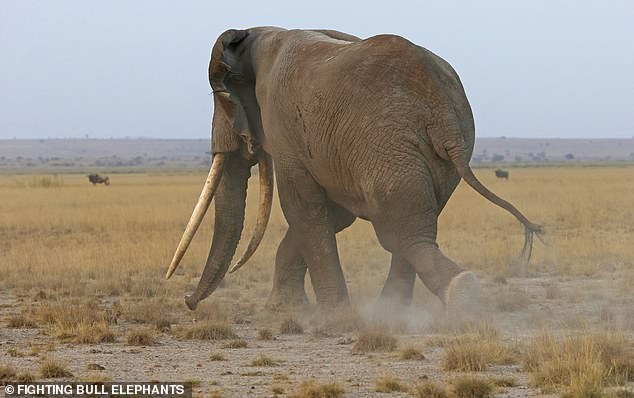 The slightly smaller bull elephant decides its best to live to fight this battle another day, with his enemy in hot pursuit

Although their tusks are more often used to help with day-day feeding by pulling bark from trees or digging up roots under ground, the ivory can also be used a fearsome weapon when elephants fight.

Battles between these mighty brutes can range from a mild-mannered tussle testing one’s strength, to a full-scale struggle to the death.

Bulls can use sparring to evaluate each other’s strength, using their build, size and power to move either up or down in the herd’s hierarchy.

Those elephants that are in ‘musth’, heighted levels of testosterone linked to mating, are particularly aggressive.

There are approximately 1,500 elephants residing at the popular tourist hotspot at Amboseli National Park in Kenya.