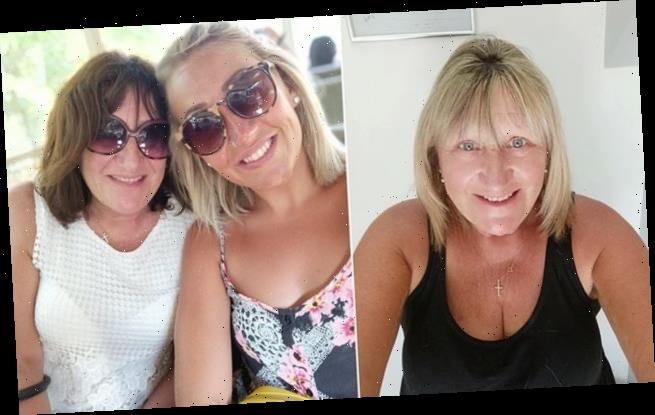 NHS finance worker wins £10,000 payout after ‘bullying’ boss pranked her into thinking she had to give a three-hour presentation to bosses the next day

An NHS finance worker has won a £10,000 payout after her ‘bullying’ manager pranked her into thinking she had to give a three-hour presentation to bosses the next day.

Carol Hurley was sent into a panic, put important work aside and spent hours getting ready before being told by manager Stella Armstrong she was ‘only joshing’.

The ‘humiliated’ 63-year-old from Eastbourne, East Sussex, has now been awarded compensation after it was ruled she had been the victim of ‘unacceptable’ behaviour as a result of the ‘purported joke’. 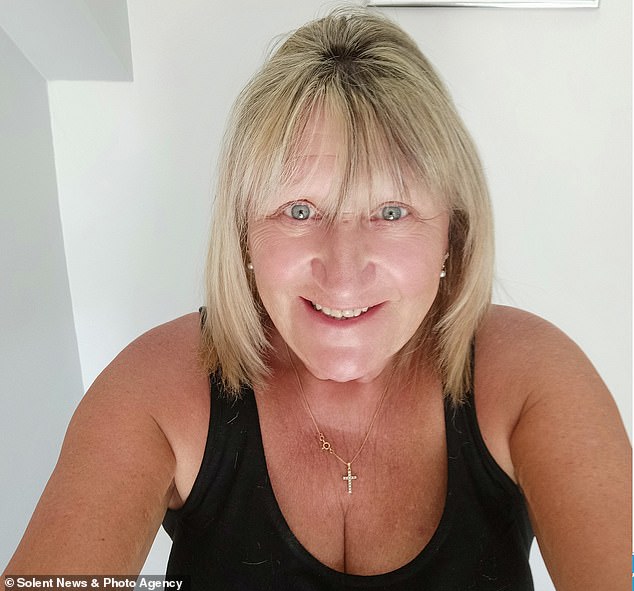 Carol Hurley was sent into a panic, put important work aside and spent hours getting ready before being told by manager Stella Armstrong she was ‘only joshing’

In August the following year, during a period of ‘high stress and workload’, Ms Armstrong decided to prank her, the hearing was told.

She emailed Mrs Hurley to remind her she had to deliver a three hour presentation to the senior management team the next day and even faked a message from another senior executive saying the same.

Other colleagues were in on the joke. When Mrs Hurley didn’t believe it, a female co-worker told Mrs Hurley she remembered overhearing Ms Armstrong asking her to do it.

‘Initially Mrs Hurley did not believe it, then she began to doubt herself,’ the panel heard.

‘She found it extremely stressful. She stopped her already urgent work…and began working on the presentation.

‘At 4pm she left work still believing she had to give the presentation the next day, and expecting to be working on it at home into the early hours.’

It wasn’t until she had left the office – more than five hours since the prank began – that Ms Armstrong came clean, texting her: ‘Only joshing!!!! Have a great day.’

Employment Judge Eoin Fowell said: ‘There is no possible justification for doing that to a member of staff in any circumstances. But Mrs Hurley was busy, stressed…

‘Like many practical jokes, it was not at all funny.’

But although she was ‘very unhappy about it’ and she would have been entitled to resign, the panel noted Mrs Hurley tried to carry on in her job as ‘people feel they must try to take practical jokes in good part’.

However, in November she decided to complain about it to a senior manager.

The tribunal in Croydon, south London, heard that following this meeting ‘word got out’ and Mrs Hurley began to be ‘excluded’ and ‘ignored’ by her colleagues, to the point where they stopped offering to make her drinks.

Files were also tampered with or deleted on Mrs Hurley’s computer, in what the panel described as ‘a particularly disturbing form of revenge or sabotage’. In one incident the contents of her desk drawers were removed.

Mrs Hurley’s daughter, Adrianna, visited the office after the incident, saying she wanted to see the individuals who were making her mother upset.

The workplace fell silent when the pair walked in, everyone buried their heads in their work, and no one spoke, even to ask ‘Is this your daughter?’, the tribunal was told. 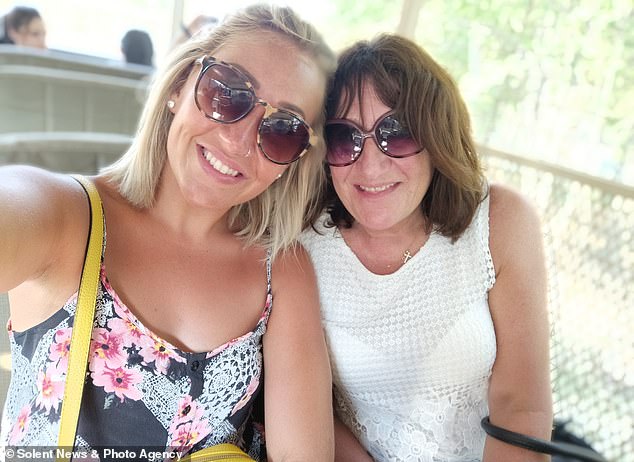 Mrs Hurley’s daughter, Adrianna, visited the office after the incident, saying she wanted to see the individuals who were making her mother upset (pictured together). The workplace fell silent when the pair walked in, everyone buried their heads in their work, and no one spoke, even to ask ‘Is this your daughter?’

Ms Armstrong then gave Mrs Hurley what the hearing described as an ‘unduly negative’ appraisal, which led to Mrs Hurley lodging a complaint against her, saying she had been ‘humiliated and bullied’.

She also claimed to have received inadequate training.

But while the NHS agreed that the prank counted as harassment it said it had not been intentional.

Mrs Hurley described the working atmosphere as ‘purgatory’ and in September 2018 she quit.

In her resignation letter – which the tribunal said was a ‘measured’ description of her experience – she claimed she had been the victim of bullying.

She wrote: ‘I feel there is an atmosphere in the office which is caused by me being there. I have tried to ignore the feeling of hostility towards me but it causes me to continually feel on edge and defensive.’

Ruling that she had been unfairly dismissed, Judge Fowell said Mrs Hurley had been the victim of ‘unacceptable’ and ‘dishonest’ behaviour.

Judge Fowell said: ‘I see this as a connected series of events, beginning with the lack of training…the purported joke, the actions taken to undermine Mrs Hurley…with her team amending or removing her work, the unduly negative appraisal…followed by further isolation and small pranks such as deleting files.

‘The attitude of colleagues appears to have followed hard on the heels of the informal complaint about Ms Armstrong.’

Mrs Hurley – who now works for Sussex Police – was awarded a total of £9,890.60 in compensation by the tribunal.

Following the tribunal decision, she said: ‘I was basically bullied while I was there.

‘With the prank, she involved everyone in the office, they were backing her up.

‘I came back in the next day and everyone else kept asking me ‘did you do your presentation?’ I ended up in floods of tears at work.

‘After I complained about the bullying it just got worse, people in the office wouldn’t speak to me and wouldn’t make me a drink with everyone else.

‘When the complaint was investigated everybody said they didn’t realise it was bullying, they just thought it was banter.

‘[They were] horrible, horrible people, I can’t believe people could be so nasty.’