Burger King will launch a version of its Impossible Whopper, the plant-based burger that looks just like real meat, in Sweden.

The food chain said on Tuesday that Sweden will be the first European country where it sells the new kind of veggie burger, with sales to start on Wednesday.

Burger King already sells veggie burgers, but they mainly appeal to vegetarians not so interested in having a patty that tastes and looks like meat. 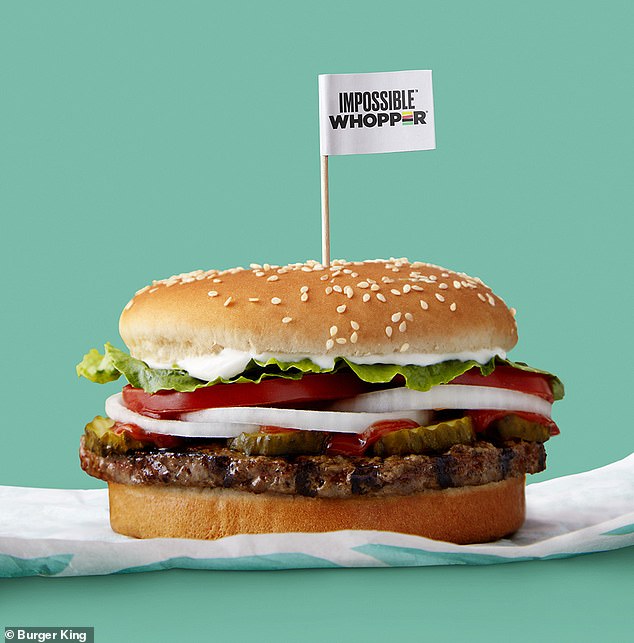 In April, Burger King tested the Impossible Whopper in the US with the aim of selling more to meat eaters.

The sale went so well that its parent company decided to expand.

The Impossible Whopper is made with a plant-based burger from Impossible Foods, a Redwood City, California-based startup. 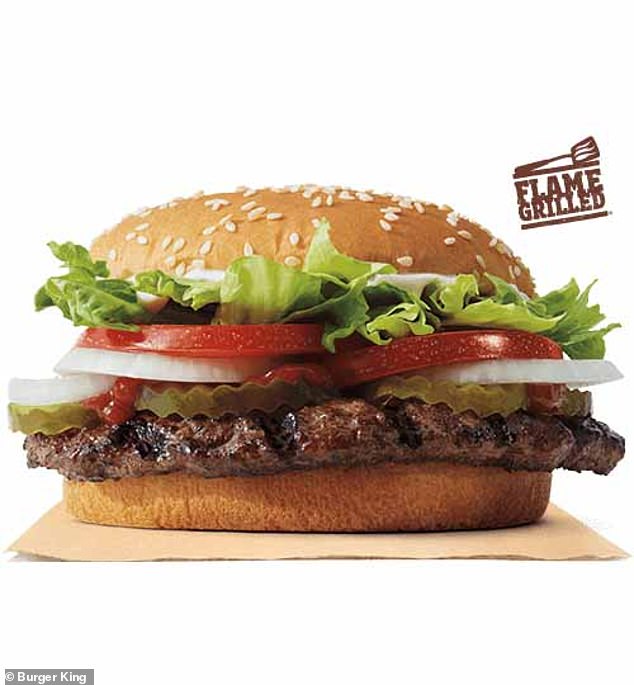 Spot the duifference: The original, 100 per cent beef, flame-grilled Burger King Whopper burger now faces a challenge from the vegetarian Impossible Whopper, made from delicious heme

It uses heme – the protein molecule that gives meat its juicy texture – from the roots of soy plants.

Instead of harvesting it from individual plants, Impossible makes batches of heme by fermenting yeast that is genetically encoded with the soy plants’ DNA.

To make ‘meat,’ heme is mixed with other ingredients like soy protein, coconut oil and sunflower oil.

‘Many guests are asking for more options to reduce their meat consumption,’ said Iwo Zakowski, CEO of Burger King Sweden.

‘We hope that the plant-based alternative will appeal to both new and existing guests.’ 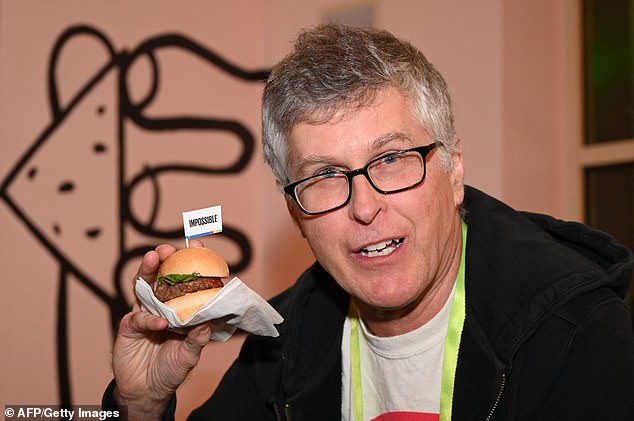 Impossible Foods CEO Pat Brown holds up an Impossible Burger 2.0, the new and improved version of the company’s plant-based vegan burger that tastes like real beef, at a press event during CES 2019 in Las Vegas, Nevada on January 7, 2019 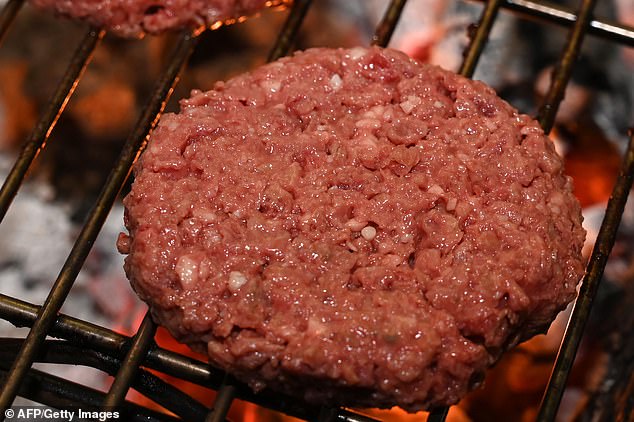 The vegetarian Impossible Burger 2.0, which is claimed tastes just like real beef, sizzles on a grill