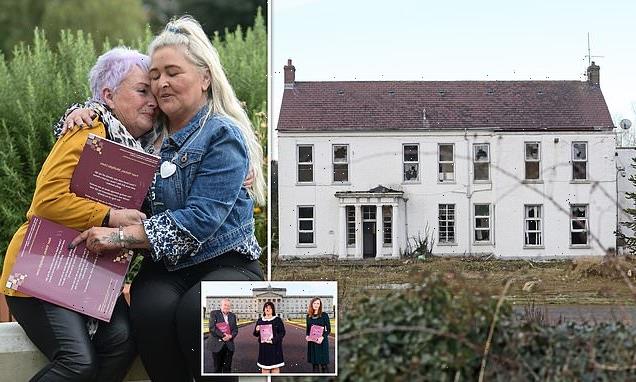 Call for public inquiry into abuse at Northern Ireland’s ‘mother and baby homes’ where 14,000 unmarried pregnant women were sent up until 1990

An expert panel has recommended redress payments and a full public inquiry into conditions in mother and baby homes, Magdalene laundries and workhouses in Northern Ireland – which have been dubbed ‘one of the great scandals of our time’.

Professor Phil Scraton of Queen’s University spoke today at the launch of the Truth Recovery Design Panel’s report, which recommended a full inquiry into the abuse.

He said that women and girls who went to these institutions were ‘denied access to their lives’ according to the Belfast Telegraph.

Professor Scraton said: ‘The victims and survivors’ pain will never be assuaged… this is one of the great scandals of our time.

‘How dare we as a society blame those who suffered the most.’

Most institutions were run by religious orders, both Catholic and Protestant, and gradually closed as public attitudes changed. The last mother and baby home closed in Northern Ireland in 1990. 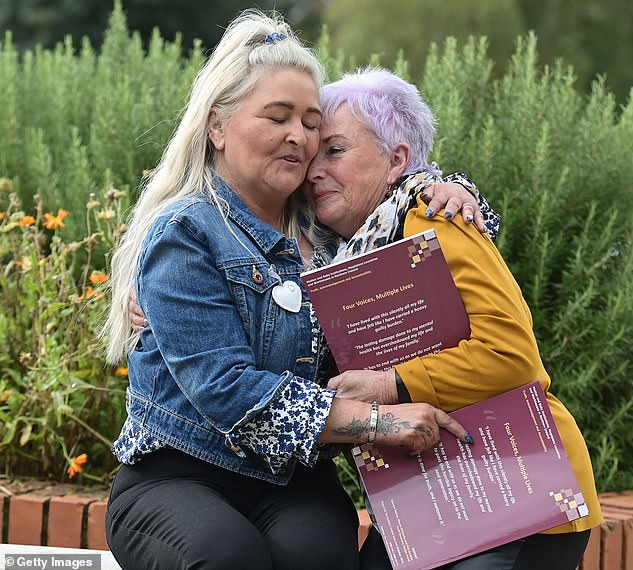 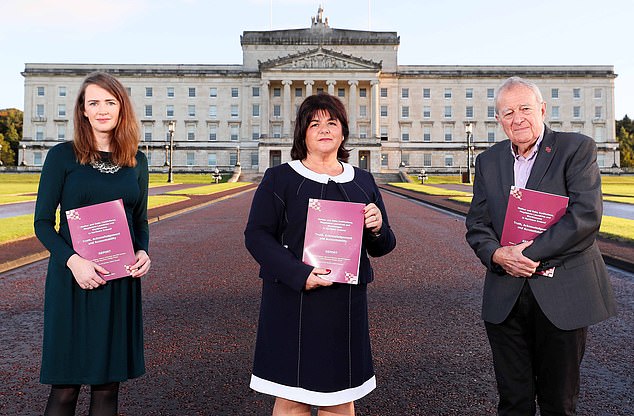 The panel headed by Deirdre Mahon, Dr Maeve O’Rourke and Professor Phil Scarton, pictured outside Stormont, have called for a public inquiry into the abuses 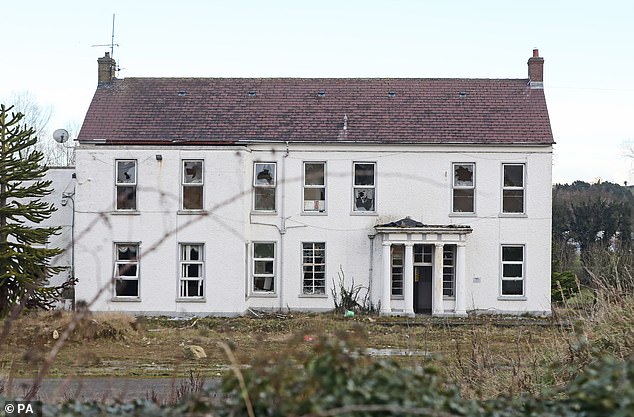 The former Marianvale mother and baby home in Newry

In addition to redress payments and a public inquiry, the report also recommended that a non-statutory independent panel should be set up to allow victims to give testimony in a less confrontational setting if they wished.

Legislation should also be passed to ensure access to the records of the institutions under scrutiny, the panel urged.

Earlier this year a major academic research report was published outlining the scale of mistreatment endured by thousands of women and girls.

The academic conducted by Queen’s University and Ulster University found that more than 10,500 women and girls entered the homes for unmarried mothers and their children from 1922 to 1990.

The included victims of rape and incest.

Girls and women were sent to the homes by their families or church leaders under a shadow of stigma, secrecy and shame, believing they had no other choice due to being pregnant out of wedlock.

Meanwhile, 3,000 women were sent to Magdalene laundries with numbers peaking in the 1930s.

The research found that women were mistreated, held against their will and forced to give up children for adoption.

The findings prompted Stormont ministers to commit to a full investigation of what happened in the institutions.

The Stormont executive commissioned an expert panel to work with survivors to design the format of the investigation. The appointed experts were Professor Scraton, Deirdre Mahon of Women and Children’s Services, and Dr Maeve O’Rourke,a human right’s lawyer of NUI Galway. 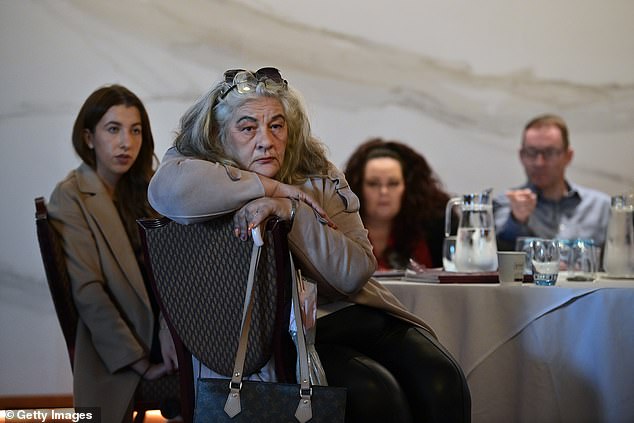 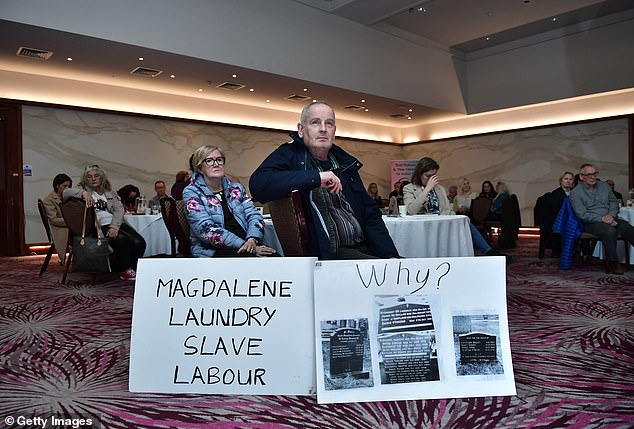 Outlining the findings on Tuesday, the chair of panel, Ms Mahon said: ‘For six months we have worked closely with victims-survivors and relatives who have shared their heart-breaking stories with us and we thank them for their dedicated and tireless pursuit of truth and justice.

‘The executive’s decision in January, on the inter-departmental working group’s advice, to decide to set up an investigation and involve victims and survivors centrally in designing the investigation was a hugely positive step.

‘Mother and baby’ homes and Magdalene laundries: The facts

Options for unmarried pregnant women and girls in Northern Ireland were often limited in the 20th Century, due to the stigma of ‘illegitimacy’.

The McAleese Report of 2013 stated: ‘It is probable that the proportion of Irish unmarried mothers who were in mother and baby homes was the highest in the world.’

Although religious orders – both Catholic and Protestant – had run institutions since the late 18th century, it became more common across the mainland after Ireland gained independence in 1922.

Many former workhouses were taken over by religious orders, including the notorious Bon Seceurs mother and baby home in Tuam, Galway, in 1925.

Magdalene laundries, which were once used to house prostitutes and unwed mothers, reached their peak in the 1930s. As well as pregnant women, they were sometimes used by courts to send petty criminals and people with mental health conditions.

‘Nevertheless this decision has come too late for many, and it is essential that these recommendations are acted on without delay.’

Other measures recommended by the panel include the offering of public apologies from the State and all institutions involved; comprehensive funding for health and wellbeing services for survivors; funding for voluntary DNA testing; legal aid to access the courts or inquest system; citizenship for those who lost their entitlement due to removal from the jurisdiction as a child; and the provision of gravestones and memorials.

Survivors of the institutions claimed they were subjected to labour such as scrubbing floors during the final stages of pregnancy and were described as ‘fallen’ and stigmatised.

Some were referred to the austere institutions by their families, others by priests and some by state agencies, including the courts, police, probation, welfare and GPs.

These included women who suffered with alcohol dependency, teenage girls described as having behaviour issues, some with learning difficulties, and some from the mother and baby homes to serve ‘penance’.

Some women died in the laundries after spending the majority of their lives doing unpaid, strenuous labour.

A further 707 women entered an industrial institution run by the Salvation Army at Thorndale in Belfast which was described as being used as an alternative to prison, like a probation home.

Around 4% of babies were either stillborn or died shortly after birth across the entire period.

Around a third of infants were then sent to baby homes following separation from their birth mother. Others were fostered in today’s terms and others were placed for adoption.