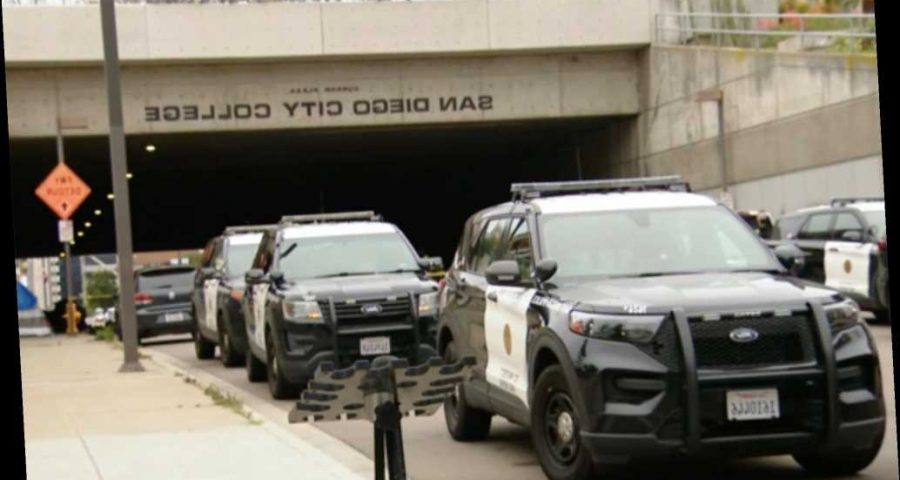 ‘She didn’t have to die like that’: Relatives mourn Brooklyn woman killed by backhoe

Several people were injured — including three seriously — when a car plowed into pedestrians in downtown San Diego.

Up to 10 people were struck in a tunnel beneath San Diego City College Monday morning just after 9 a.m., according to local reports.

Police said the driver then took off running, the San Diego Union-Tribune reported.

One person was detained after running off, but it’s unclear if the individual in custody was the suspected driver.

Police have not identified who may have been injured, but homeless people often take shelter in the area and tents typically line the nearby sidewalk, the newspaper reported.

Dozens of firefighters responded to the scene, as well as two chaplains, according to a post by the San Diego Fire-Rescue Department.

A press conference on the incident is expected to be held at 11 a.m. local time, fire officials tweeted.

Several people were taken to the hospital following the collision, authorities said. It took place in a tunnel below Curran Plaza, which is part of San Diego City College, the Union-Tribune reported.

A message seeking comment from San Diego police was not immediately returned.