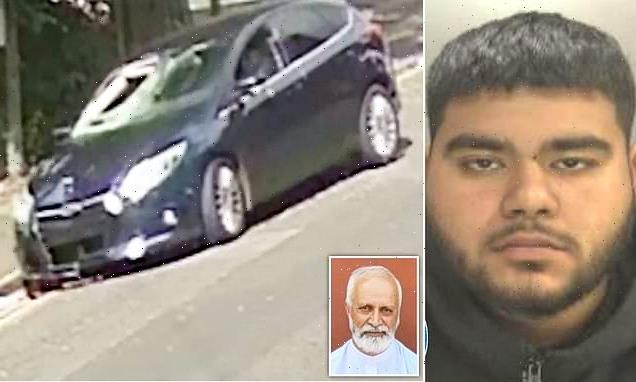 Hit-and-run killer caught on CCTV: Shocking moment 20-year-old driver’s car TAKES OFF as he races over bridge then ploughs into grandfather, 61, near bus stop – as he’s jailed for less than four years

Shocking footage captured the moment a hit-and-run driver’s car took off as he sped over a bridge before ploughing into and killing a grandfather as he walked to work.

Raihan Ahmed, 20, hit speeds of 53mph in a 20mph zone in a stolen Ford Focus before killing bus driver Ghulam Nabi, 61, in Digbeth, Birmingham, on August 29.

Harrowing CCTV shows the final seconds of Mr Nabi’s life as Ahmed’s out-of-control car mounted a pavement and hurtled towards him.

Just moments earlier, footage showed the car’s wheels taking off from the ground as it sped along Great Barr Street at more than double the speed limit. 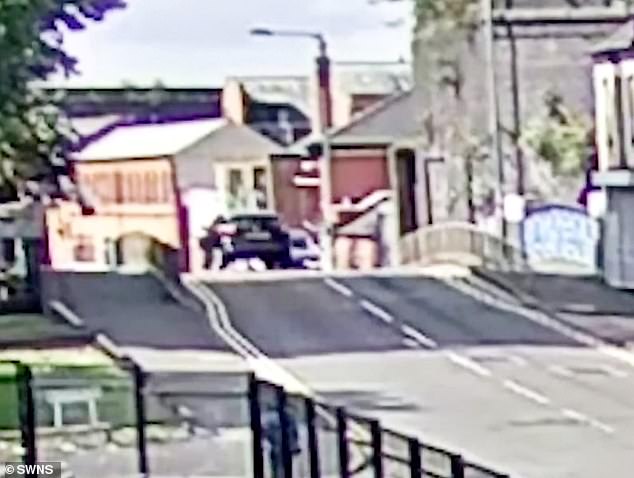 A stolen Ford Focus is seen with all four tyres above the ground as it took off while going over a bridge at speed in Digbeth, Birmingham 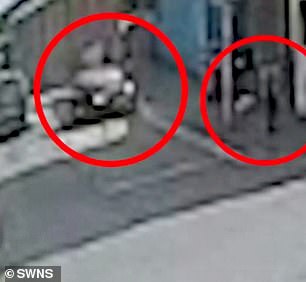 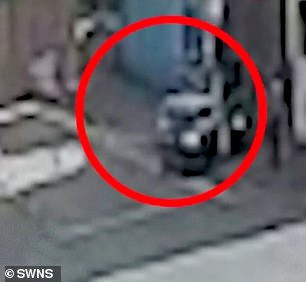 The out-of-control vehicle is then seen colliding with a bus stop before ploughing into Ghulam Nabi, 61, who died at the scene

When it landed he lost control and struck a bus stop before hitting Mr Nabi, who was pronounced dead at the scene despite the efforts of passers-by.

Ahmed failed to stop at the scene and was caught on camera abandoning the badly damaged vehicle with a smashed windscreen on Adderley Street half a mile away.

Detectives launched a manhunt to trace the driver, and released CCTV images of Nabi in an attempt to identify him.

Nabi, of Hamstead, Birmingham, was arrested just over 12 hours later and charged with causing death by dangerous driving.

He pleaded guilty and was jailed for three years and eight months and banned from driving for four years and ten months at Birmingham Crown Court on Tuesday.

Detective Inspector Paul Hughes, from West Midlands Police, said after the case: ‘Mr Nabi was a totally innocent party in this matter and as a pedestrian he should have been afforded safety on the pavement. 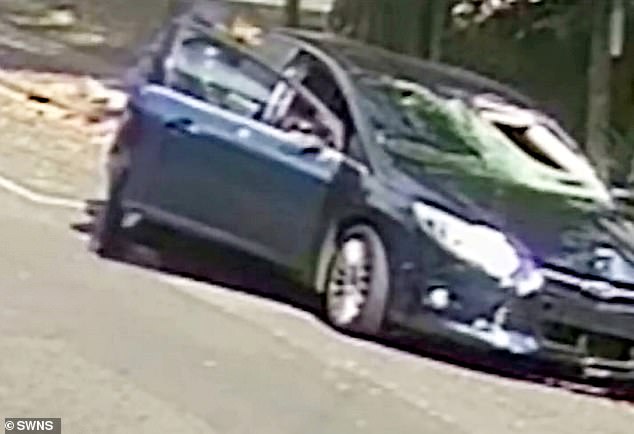 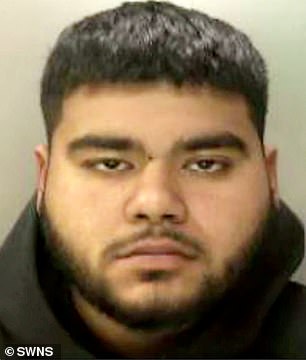 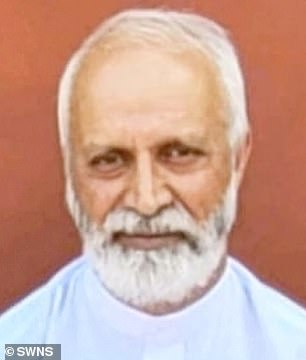 Nabi (left) , of Hamstead, Birmingham, pleaded guilty to causing death by dangerous driving and was jailed for three years and eight months and banned from driving for four years and ten months. Pictured right: Ghulam Nabi, who was killed

‘It is always a difficult decision to release footage from such tragic cases, however this is some of the worse driving I have seen in a long time.

‘Ahmed was driving at such a speed on a public road and in a specifically restricted speed limit, that the loss of control on the bridge resulted in all four wheels leaving the road surface.

‘By releasing this footage with the support of Mr Nabi’s family, I hope that it will make people think again about their driving and the responsibility they carry when driving a motor vehicle.

‘A split second decision can mean the difference between life or death.’