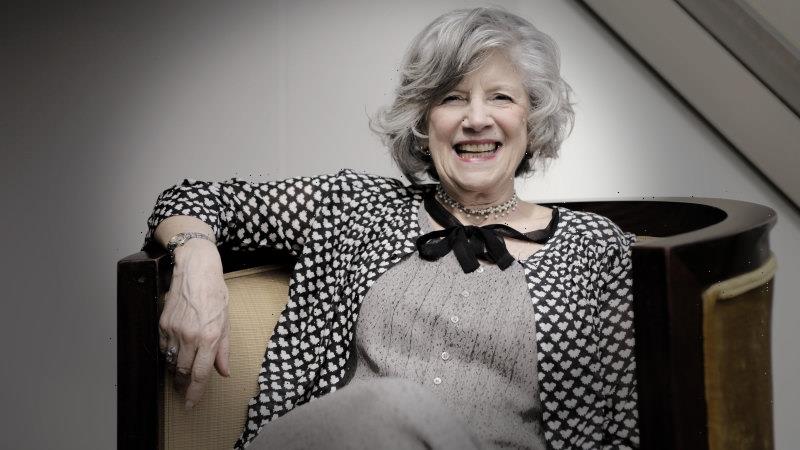 “I always wanted to change the world, I didn’t think the world was good enough,” the publisher and writer Carmen Callil once said. As the founder of renowned feminist publisher Virago Press, she did more than anyone else to bring the stories and history of women writers out of the darkness and into the light. 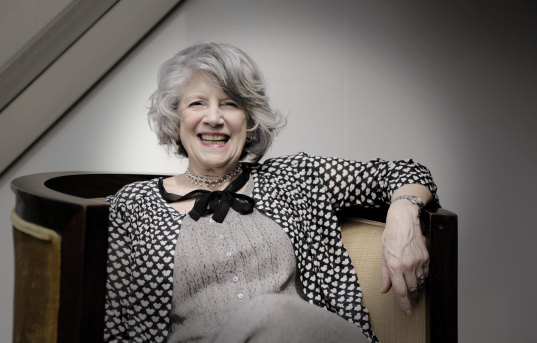 Born and raised in Melbourne, Callil was one of the legendary 1960s Australian exports to London, along with Robert Hughes, Clive James, Barry Humphreys and Germaine Greer (with whom she was at school and university). Like them, she prospered in England and never went home.

Callil set up Virago – translated as ‘female warrior’ in Latin – in 1973 with a bank overdraft, working from the dining room table of her cramped attic flat, off the King’s Road in Chelsea. After publishing their first book Fenwomen by Mary Chamberlain, Virago went on to publish luminaries including Margaret Atwood, Angela Carter, Maya Angelou (Angelou) and Shirley Hazzard.

In 1978, she established Virago Modern Classics to champion neglected books by women. Famed for their distinctive green book spines – an inevitable sight on the bookshelves of a certain kind of middle-class household – the Classics were another roaring success. Callil did not forget her Australian sisters with the Classics either, publishing Letty Fox and The People with the Dogs by Christina Stead and My Brilliant Career by Miles Franklin as part of the list. 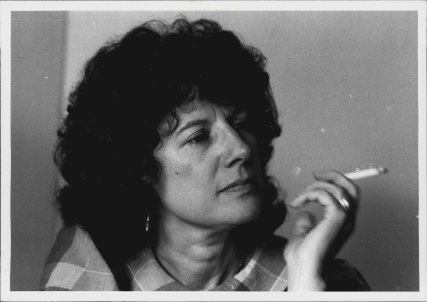 Callil was also ahead of the game when it came to publishing women writers of colour – something which was barely a consideration forty years ago. She brought the much-loved I Know why the Caged Bird Sings by Maya Angelou to British readers in 1984, followed by Their Eyes Were Watching God by Zora Neale Hurston in Modern Classics in 1986.

A shrewd businesswoman who knew how to cut a good deal, her direct Australian manner caused a stir in the genteel world of English publishing – she frowned on lunch and staff were often to be found crying in the office loo. Her forthright views on everything from feminism to the monarchy to British imperialism frequently made headlines. In 2011, she resigned in protest from the International Booker Prize judging panel after her male co-judges insisted on awarding the prize to Philip Roth. Exasperated, Callil summed up Roth’s writing as: “He goes on and on and on about the same subject in almost every single book. It’s as though he’s sitting on your face and you can’t breathe”.

In retirement, she started writing – something she said she would never do. After co-authoring The Modern Library: The 200 best novels in English since 1950 with Colm Tóibín in 1999, she turned her hand to biography. 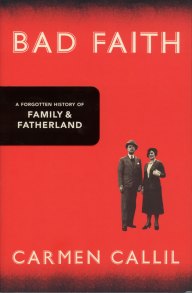 Her first book, Bad Faith, was published in 2006. A critically acclaimed biography of Louis Darquier de Pellepoix, the Vichy government’s commissioner for Jewish affairs, Callil had a distant but disturbing link to his daughter, Dr Anne Darquier. Anne was Callil’s therapist until she took her own life in 1970 and this connection haunts the book.

In 2020, she published Oh Happy Day: Those Times and These Times which traced the story of her impoverished 19th-century British ancestors, who, through a variety of ways – both independently, or as convicts – began new lives in Australia. Beginning with her great-great-grandmother, a Leicestershire stocking-frame worker, the book drew contemporary parallels with how the poor, asylum seekers and refugees are treated today.

Carmen Callil was born on July 15, 1938, in Melbourne. Named after the opera, her surname should have been Kahlil but the customs official who processed her Lebanese paternal grandfather’s arrival at the Port of Melbourne anglicised it to “Callil”.

Her father Frederik Callil taught Law at Melbourne University. Her mother Lorraine Allen was of Irish and English extraction. Callil grew up in a house full of books in a well-to-do suburb, with a sister and two brothers – Yvonne was born in 1935, Julian in 1937 and Adrian in 1942.

In 1947, Frederik died, after a slow, painful battle with Hodgkinson’s Disease. There was little money left after this so Callil became a boarder at school, attending the Star of the Sea Convent and Loreto Mandeville Hall. She hated them both, later writing: “It was the sort of Catholic convent that should have been in deepest Ireland but was, in fact, in one of the more elegant suburbs of Melbourne…Mass every morning at 6.20 am, a tomato for supper on Sunday nights and much Irish brown bread the rest of the time. Rules, censorship and silence, and above all a sense of disapproval.” 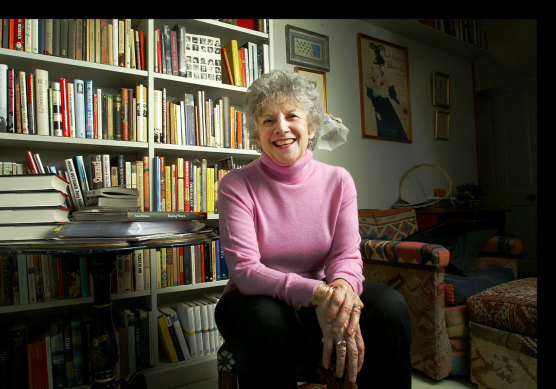 After school, she went to the University of Melbourne, which she compared to a ghetto; finding it narrow, boring and provincial. She read English, with Australian history as a minor. Learning about the history of her country was a profound experience and she used to sit in the library, sobbing in horror at the awful tales of transportation. She was less impressed with her English course, finding her lecturers in thrall to the stifling influence of F.R. Leavis.

On the day of her graduation in 1959, Callil headed to Europe where she taught English in Italy. A late developer, who had never met a Protestant before she left home, she made up for lost time and promptly lost her virginity. “I was young and alive and had a wonderful time,” she recalled.

In 1960, she arrived in London, living in flat shares with fellow Australians. “It was like something out of a Muriel Spark novel, The Girls of Slender Means… We lived in a house on Edith Grove, five girls all together, in a tiny flat up about 1000 flights of stairs, and we were always falling in and out of love and weeping in the bathroom.”

After a stint as a buyer for the department store Marks & Spencer, she started working in publishing as a “publicity girl” – one of the few roles open to women who did not want to be secretaries.

London in the 1960s was a heady, intoxicating place to be. The protests in Paris, the burgeoning anti-apartheid movement and the underground press of Oz, Frendz and the International Times all provided an exciting backdrop to life for wide-eyed antipodeans. Callil spent her time with her “Australian mafia” – libertarian anarchists who had actually sprung from the comfortable Australian bourgeoise. “Some of us were hippies, but most of us were writers, journalists, or in television. We lived well, worked and drank hard, and would not be seen dead in anything but the very best Ossie Clark,” she wrote.

It was this Australian mafia that led Callil to feminism. When several of her friends decided to launch Ink – an offshoot of Oz – Callil, now freelance, was asked to do the publicity.

“Whatever we women did for Ink – and there were many of us – in my memory the lovely men of the left and of hippiedom treated us like fluttering tinkerbells, good for making tea and providing sex. Ink then collapsed after the Oz trial for obscenity and went into liquidation in 1972. Another Australian, Marsha Rowe, was so furious at her experiences there that she established the feminist magazine Spare Rib as a riposte. She was joined by the journalist Rosie Boycott and they asked Callil to manage the publicity.

This gave Callil her lightbulb moment. Sitting in a pub in Goodge Street in London’s Fitzrovia one afternoon in 1972, she realised that if Spare Rib could publish essays and articles by women, she could do the same with books.

After Virago was founded, Callil appointed Rowe and Boycott as board members and was eventually joined by Harriet Spicer, Ursula Owen, Lennie Goodings and Alexandra Pringle – all of whom, like Callil, would become major figures in British publishing.

In 1982, Callil was head-hunted by Chatto & Windus and became managing director, bringing Virago in as a subsidiary. Now part of the larger Hachette Group, Virago remains just as successful today.

Callil continued to perch on the barricades throughout her life, lobbing the occasional grenade whenever the mood took her. An enthusiastic co-signatory of letters to the editor in the British press, she was vocal in her support of Extinction Rebellion, unafraid to criticise the state of Israel for its treatment of the Palestinians and defended JK Rowling energetically against claims she was transphobic.

She was also happy to prod the sacred cows of her own golden generation. Although she adored Robert Hughes and Barry Humphries (“not politically, of course. He’s to the right of Genghis Khan”) she could not bear Clive James. Speaking in 2020 she said: “I disliked him intensely and he disliked me. What’s the name for men who drape women over desks?”

In 2017, Callil was made a Dame for services to literature in the Queen’s birthday honours.

Callil never married or had children and was refreshingly unconcerned by this. “I wouldn’t have wanted to be married, I wouldn’t have been any good at it…I never worried about children. I don’t mind one way or the other.”