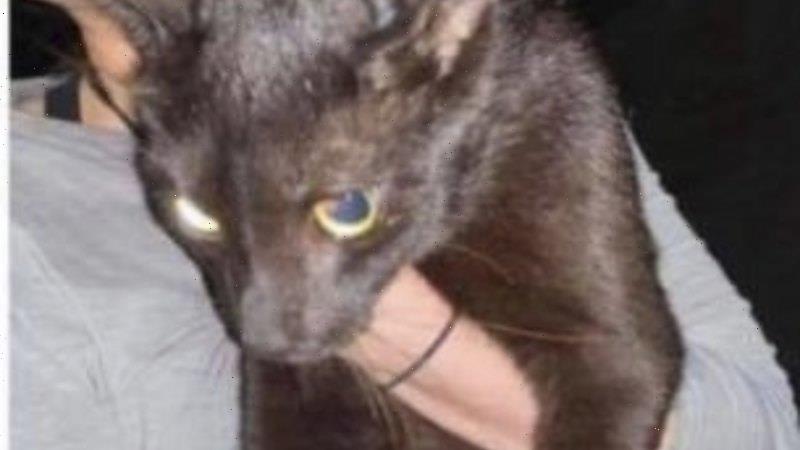 Surfside: Binx the cat, who had lived on the ninth floor of the South Florida condo building that collapsed last month, has been found safe and returned to its family, officials said on Saturday (AEST).

Gina Nicole Vlasek, co-founder of The Kitty Campus, posted on Facebook that a black cat resembling Binx was found near the rubble of the Surfside building on Thursday night and brought to the group’s nearby facility in Miami Beach.

A former Champlain Towers South resident visited The Kitty Campus on Friday and confirmed that the feline was hers, Vlasek said.

“We are so grateful to be able to help in any small way,” Vlasek wrote.

Miami-Dade County Mayor Daniella Levine Cava said during a news conference Friday evening that Binx was recognised by a volunteer who had been feeding cats near the collapsed building.

“I’m glad that this small miracle could bring some light into the lives of a grieving family today and could provide a bright spot for our whole community in the midst of this terrible tragedy,” Levine Cava said. 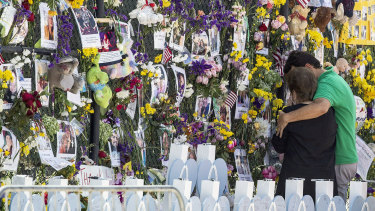 People mourn at the memorial wall for the victims of the Champlain Towers South collapse in Surfside, Florida. Credit:AP

The mayor said animal control workers are continuing to place live traps in the area in hopes of recovering pets that might have escaped the deadly collapse.

The 12-storey building collapsed in the early morning hours of June 24.

The death toll rose to 79 confirmed victims after the discovery of more than a dozen bodies.

Miami-Dade police released the names of eight additional victims Friday afternoon. Among them was Sophia López Moreira, the sister of the first lady of Paraguay, as well as Moreira’s husband, Luis Pettengill, and 3-year-old Luis Lopez Moreira III, one of their three children.

Despite a sombre change in mission from rescuing survivors to recovering remains, crews continued to work around-the-clock.

“The pile that was originally at four or five stories is now almost at ground level,” Surfside Mayor Charles Burkett said, adding that he was impressed by the recent progress of the efforts.

Burkett added that on-site teams have also developed a procedure for collecting and returning personal items found amid the rubble.

Levine Cava said the recovery mission is “moving forward with great urgency” to bring families news and closure as quickly as they can. More than 6 million kilos of concrete and debris have been removed from the site as of Friday, Levine Cava said.

Miami-Dade County Fire Chief Alan Cominsky said on Friday two crew members suffered injuries while working. One was “cardiac in nature” while the other injury was a laceration that required stitches, he said. Both crew members received medical attention and are in stable condition.

Ahead of transitioning from a rescue to recovery mission, Miami-Dade Assistant Fire Chief Raide Jadallah told families that officials concluded it would be nearly impossible to find people alive.

“Our sole responsibility at this point is to bring closure,” he said, adding that there was “no chance of life.”

Cominsky said on Thursday he expects the search for human remains will take several more weeks.

Meanwhile, the condo collapse continues to garner greater scrutiny of the inner workings of condo owners associations, including training for association members.

The state of Florida collected $US13.7 million ($18.3 million) in fees in 2020 from condominium owners associations, holiday timeshares and mobile home parks.

But the money wasn’t used for its intended purpose — including training condo associations about things like maintenance. Instead, Florida’s legislature swept $US5 million of it into the state’s general fund in a practice that some legislators are questioning in the wake of the building collapse.