Charity fundraiser, 57, died after he lost control of his e-scooter on a steep hill in the UK’s second such death, inquest hears

A prolific charity campaigner suffered a fatal fall from his electric scooter in what is believed to be the second such death in the UK.

Barrie Howes was killed in a freak accident as he travelled home from work after heeding the Government’s call to avoid public transport in the early days of the pandemic.

The 57-year-old engineering instructor’s death is expected to raise questions about the ability of the e-scooters to navigate Britain’s roads at high speeds. 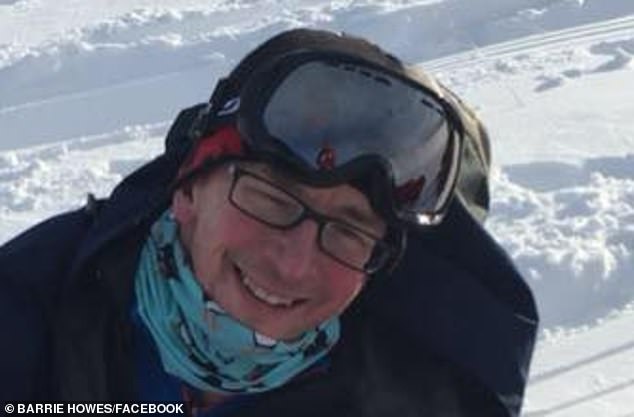 In July, TV presenter Emily Hartridge, 35, was killed when her e-scooter collided with a lorry in London.

An inquest last week heard Mr Howes lost control as he travelled down Brompton Hill, a steep residential road in Chatham, Kent. He flew off and, despite wearing a helmet, was found by a passer-by suffering from traumatic brain injuries.

Mr Howes was airlifted to hospital in London where his condition deteriorated and he died nine days later on July 3.

Detective Sergeant Michael Champion, of Kent Police, said the scooter had a speed of 10 to 30mph but ‘on a steep incline, it would have increased by going downhill.

He would have been going at quite a speed when he lost control and crashed’, he added.

The inquest heard Mr Howes was unable to drive because of eye problems and was on medication that meant he was more likely to bleed in an accident.

His wife of 32 years, Claire, said he had been catching the bus to work ‘but it was really when lockdown started that the Government said avoid public transport if you can and he decided to get the e-scooter. 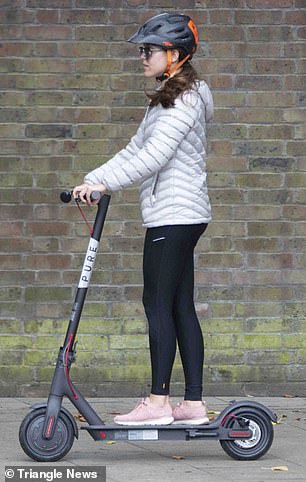 In July, TV presenter Emily Hartridge, 35, was killed when her e-scooter collided with a lorry in London

‘I want to thank the bystanders [who helped], especially at the moment when people don’t want to get too close.’

Mr Howes underwent heart surgery in 2006 and met Princess Anne through his fundraising efforts for the British Heart Foundation.

As he undertook a charity trek of Peru’s Machu Picchu, he said: ‘It’s an opportunity to make the most of the second chance in life I’ve been given.’

In a public tribute, friend Karen Wood described him as ‘an outstanding pillar of society’.

Even in death, Mr Howes helped others and his wife told The Mail on Sunday: ‘Some good has come out of the bad. Three of his organs have helped people to live on, his liver and two kidneys have been transplanted.’

A verdict of accidental death was recorded.

Terror of the e-scooters: Owners post guides showing how to override speed-limiting software to hit 40mph

By Holly Bancroft for the Mail on Sunday

Electric scooter owners are offering online guides showing users how to override the devices’ speed-limiting software to reach up to 40mph.

A Mail on Sunday investigation has unearthed dozens of shocking video tutorials encouraging riders to manipulate the battery-powered vehicles and break the law.

In one clip, a British rider promises viewers that their scooter will ‘go like a rocket’. ‘I don’t think you would feel safe going any faster but it’s so much fun,’ he adds.

Rental e-scooters were made legal on some roads in Britain this summer with their speed capped at 15.5mph. 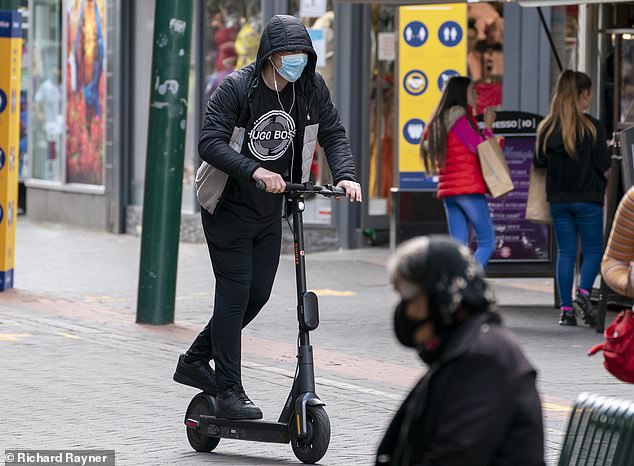 Electric scooter owners are offering online guides showing users how to override the devices’ speed-limiting software to reach up to 40mph. An e-scooter user is seen riding through the pedestrianised town centre of Middlesbrough

But our investigation has revealed how, with just a few taps of the device, owners can easily hack into the software and increase the top speed of some of the most popular scooters sold in the UK.

One British e-scooter owner, Dave Samuel, released a video showing viewers how to ‘unlock’ the Inokim OXO Electric Scooter, a popular model on sale in the UK for £1,300.

‘I’m making this video on how to derestrict the scooter from its factory setting of 15mph to full blown 40mph,’ he says, before giving detailed, step-by-step instructions about how to remove the limiter.

In a separate video, another Briton, Duncan Smith, reveals how to ‘hack’ the top speeds for the Xiaomi M365 scooter, another popular model available for £469 in Halfords. 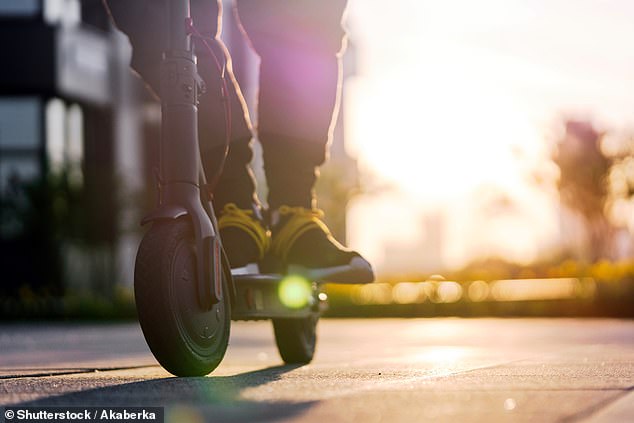 Rental e-scooters were made legal on some roads in Britain this summer with their speed capped at 15.5mph [File photo]

In the clip, which sees Smith whizzing along public pavements – which is illegal – and weaving between young children, he explains how users can remove the software that limits the speed to 15mph and reach top speeds of 22mph.

‘In my opinion, this is the hack that makes buying the Xiaomi Pro an absolute no-brainer compared to other more expensive e-scooters. Once you release the speed limiter on this thing it feels like a proper little rocket. I don’t even think you would feel safe going any faster but it’s so much fun.’

In a third video, a user explains how a Kaabo Electric Scooter, which sell in the UK for about £500, can be hacked so it reaches speeds of 25mph. In the comments sections of the video, one person wrote: ‘Just hacked my scooter! It really worked! I’m going rocket speed now.’

Last night, campaigners warned that the ‘hacks’ would lead to even more accidents and injuries on the roads.

Luke Griggs, Deputy Chief Executive of brain injury association Headway, said: ‘It is extremely concerning to see online tutorials explaining how to remove the speed limiters on e-scooters. The production of such videos is irresponsible and is likely to lead to severe injuries and possibly fatalities. Tragically, it is not just the riders that will be placed in danger, it is innocent members of the public.

‘We are already seeing repeated reports of e-scooters being ridden on pavements at excessive speeds, with the most vulnerable in society being placed in harm’s way.’

Last night, Mr Smith said: ‘There are speed limits in public, so anything over 15mph would be for private use on private land. If you choose to break the law and go dangerously fast in public that is not my doing.’