Security was nowhere to be found when a fan ran onto the pitch and meandered during a women's Champions League game between Chelsea and Juventus on Wednesday.

So Chelsea striker Sam Kerr picked up the slack. And she got punished for it.

A young fan walked unimpeded onto the pitch during the matchup in London, approaching players and taking selfies. He didn't appear to have any ill intentions beyond disrupting the game. But you can't take chances these days. And he paid the price when he got too close to the wrong player.

Kerr saw her opportunity as the invader approached, took a running start and checked him with a hard shoulder to his chest. The collision sent the unsuspecting trespasser flying to the turf. Only then did security run him off the pitch.

(NSFW language warning for video below:)

Full unedited video here for any journalist that wants to use it. Don't need to ask permissions as I'll be asleep for next 8 hours. pic.twitter.com/PI76WC87Uw

Kerr's reward for taking care of business? A yellow card from an official who apparently didn't recognize that Kerr's actions benefited everyone on the field except for the dude she leveled. While Wednesday's intruder didn't cause any physical harm to the game participants, similar instances haven't always gone so well. 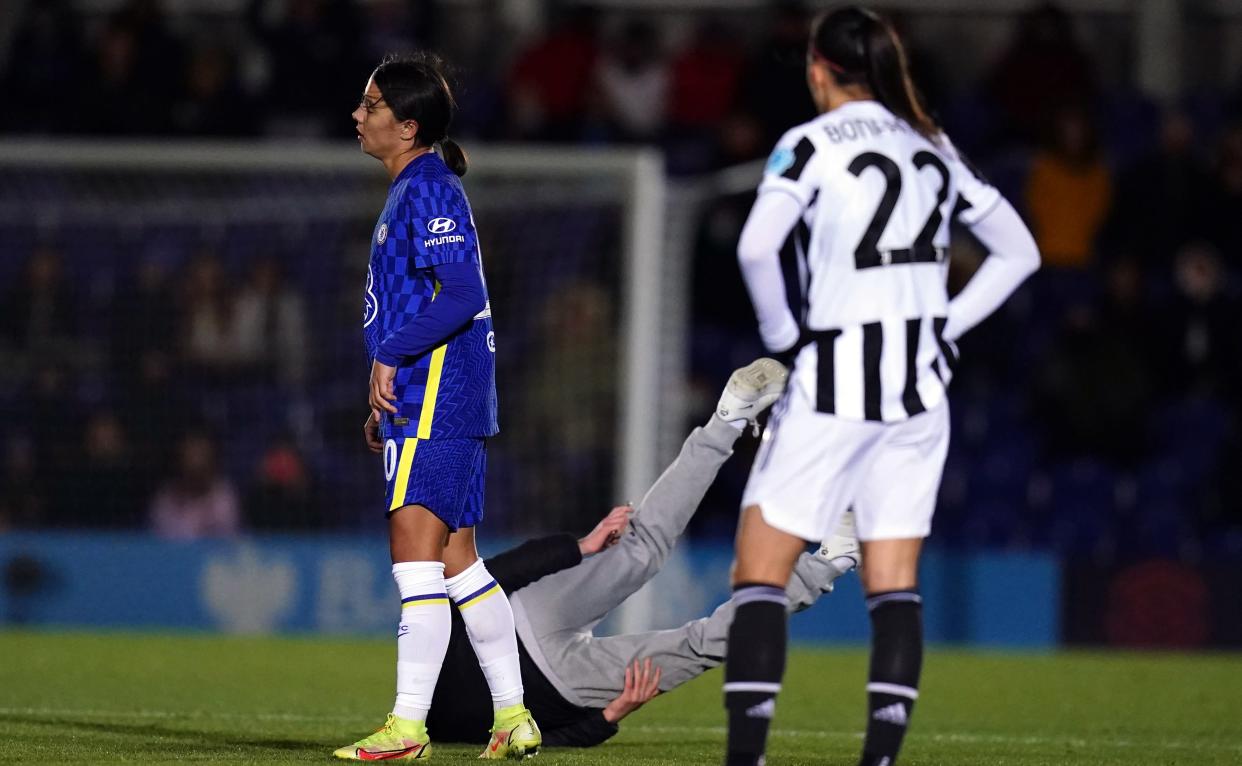 Here's hoping for Kerr's sake that more rational heads prevail, and her yellow card gets rescinded as Chelsea looks to reach the Champions League knockout stage. Wednesday's game ended in a 0-0 draw.