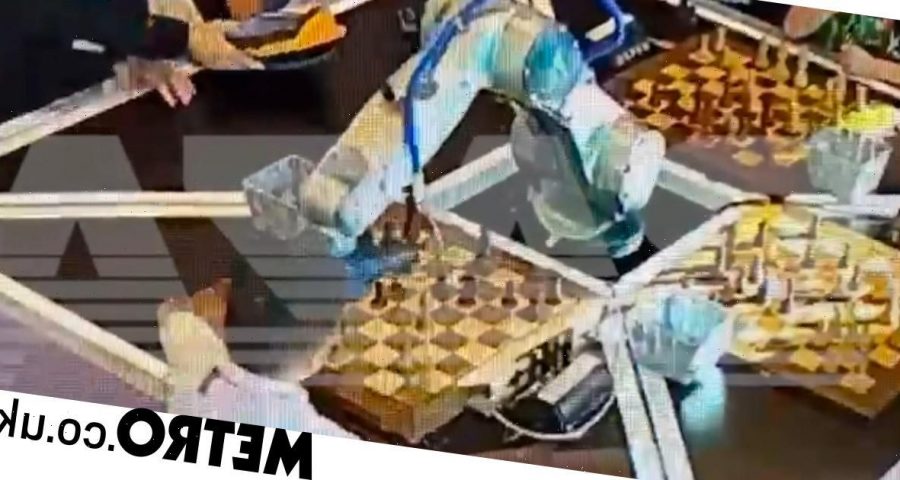 A robot broke a seven-year-old’s finger when it grabbed the child’s hand during a chess match in Moscow.

Authorities have blamed the incident on the boy for making his move too quickly.

The seven-year-old, named locally as Christopher, is thought to be one of the best young players in the Russian capital.

But he was forced to finish the Moscow Open with his hand in a cast last week following the encounter with the robot.

Video footage of the incident shows the robot making a move to steal one of the boy’s pieces.

The boy then responds with his move but as he picks up a piece the machine grabs his hand, crushing the child’s finger.

Four adults rushed to help the boy and free him from the robot’s grip, but not before one of his digits was broken. 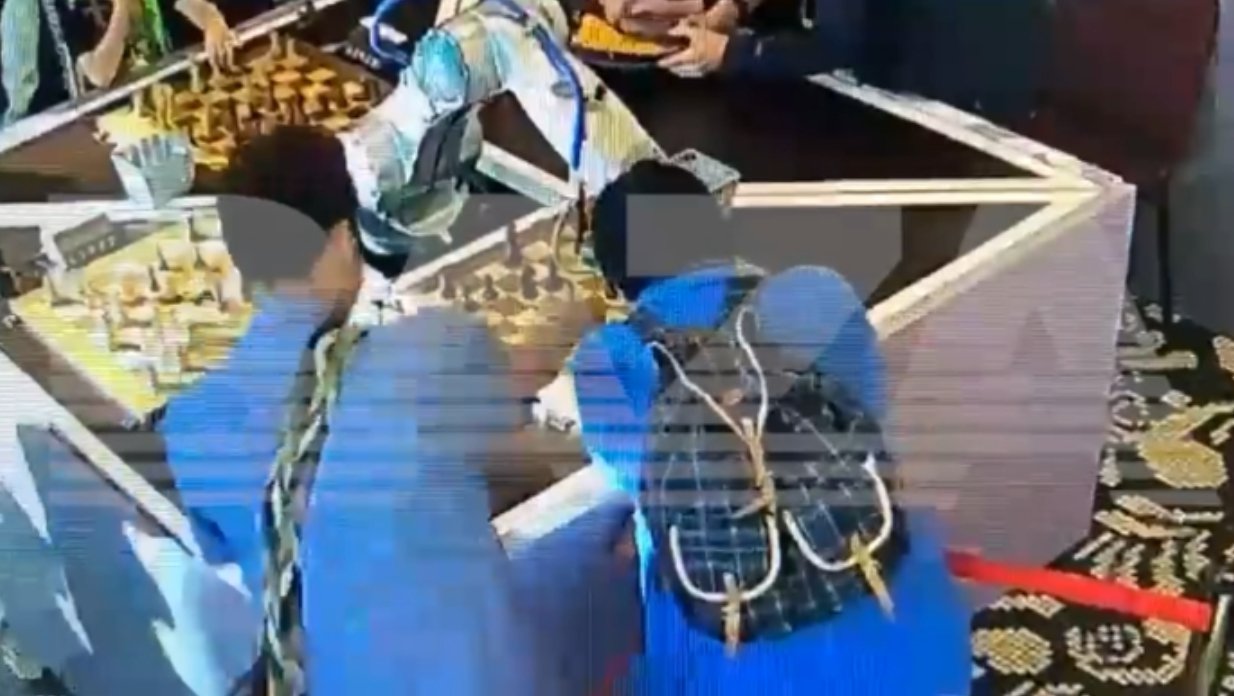 The machine, which can play multiple chess matches at once, has never been involved in a similar incident authorities have said.

Sergey Lazarev, president of the Moscow Chess Federation told the Tass news agency: ‘The robot broke the child’s finger. This is of course bad.

‘The child played the very next day, finished the tournament, and volunteers helped to record the moves.’

He said the child had ‘made a move, and after that we need to give time for the robot to answer, but the boy hurried and the robot grabbed him’.

Sergey Smagin, vice-president of the Russian Chess Federation, told the Russian news site Baza: ‘There are certain safety rules and the child, apparently, violated them.

‘When he made his move, he did not realise he first had to wait.

‘This is an extremely rare case, the first I can recall.’

Manufacturers have reportedly said they will ensure the incident does not happen again.