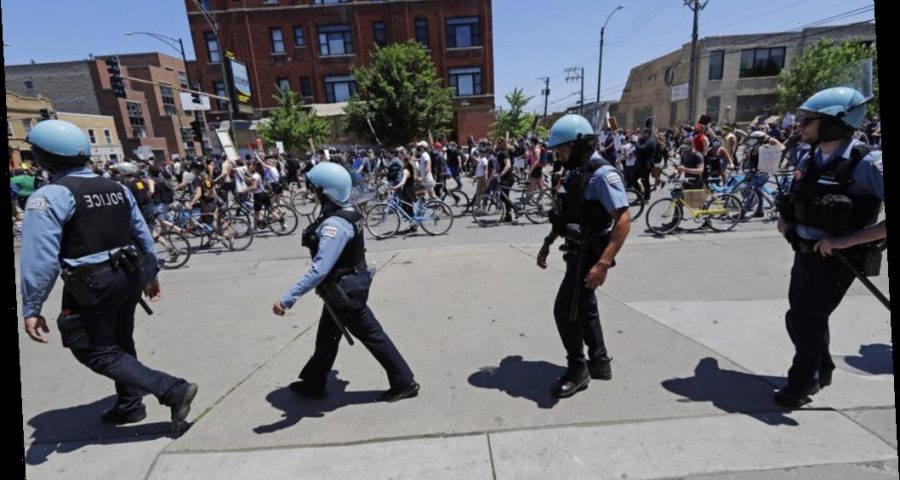 A new watchdog report outlines the Chicago Police Department’s response to the protests and unrest that broke out in the city in the wake of the death of George Floyd, stressing that intelligence and leadership failures put front-line officers in jeopardy, and breakdowns in mass arrest procedure during the coronavirus pandemic left violent actors released back on the streets as the city devolved into chaos.

The 152-page report issued by the City of Chicago Office of the Inspector General (OIG) found CPD “was under-prepared and ill-equipped to respond to those events, and as a result, the Department’s senior leadership failed both the public and its own front-line members.”

“The challenges in responding to large-scale protests and unrest amidst a global pandemic were daunting, but the efforts of CPD and the City to stem unrest were marked, almost without exception, by confusion and lack of coordination in the field, emanating from failures of intelligence assessment, major event planning, field communication and operation, administrative systems and, most significantly, leadership from CPD’s highest ranks,” the inspector general’s office said in a statement.

The report, which seeks to provide an “an in-depth chronology and analysis” of the period from May 29 through June 7, 2020, was issued on Feb. 18 following a joint fact-finding effort with the Independent Monitor overseeing the consent decree entered in Illinois v. Chicago. 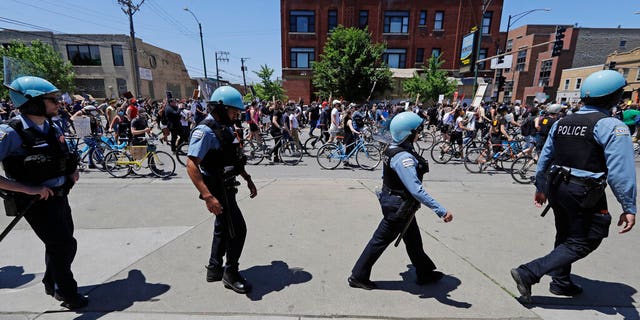 Demonstrators march during the Chicago March for Justice in honor of George Floyd in Chicago, June 6, 2020. (AP Photo/Nam Y. Huh)

It aims to present a comprehensive account of the facts, including the experiences of all involved parties — members of the public, CPD’s rank-and-file and command staff and city departments, among others.

“OIG’s interviews with rank-and-file CPD members laid bare that, at least in some quarters, chaos and confusion in the command staff ranks struck a serious blow to the morale of front-line members who plainly felt failed by the Department, after being left to high-stakes improvisation without adequate support or guidance,” Deputy Inspector General for Public Safety Deborah Witzburg said in a statement.

“And where there were out-of-policy, dangerous, and disrespectful actions by CPD members, the events of May and June 2020 may have set CPD and the City back significantly in their long-running, deeply challenged effort to foster trust with members of the community.”

The unrest lasted for days as peaceful protests devolved into clashes with police. Vandals smashed windows, set fires and caused extensive property damage, prompting the city to block roadways with garbage trucks and even raise drawbridges to prevent people from getting downtown. At least six people were shot, one fatally, and there were more than 1,500 arrests. 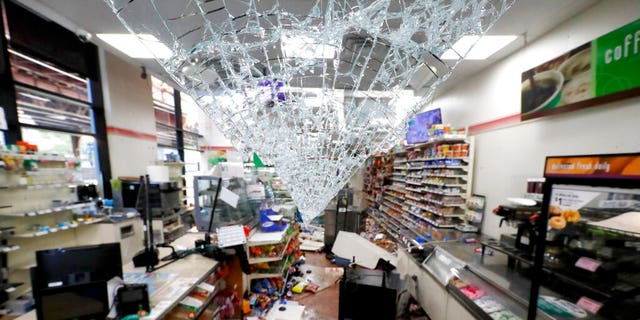 Shattered glass hangs from the doorway of a 7-Eleven store May 31, 2020, in Chicago. (AP Photo/Charles Rex Arbogast)

The report blamed the poor response on “strategic and tactical incoherence” from the top and alleged that CPD Superintendent David Brown underestimated the problems that the anticipated protests might bring. Officers were often given no specific assignment when they arrived on the scene, in effect leaving them feeling as if superiors had left them to fend for themselves, the inspector general office wrote.

CHICAGO REVIEWING STATUES OF LINCOLN, WASHINGTON, OTHER US ICONS FOR POSSIBLE ‘ACTION’

The report said some officers allegedly acted inappropriately, including many who failed to wear or switch on their body cameras, and there was even evidence that some had “obscured their badge numbers and nameplates while deployed during the protests and unrest.” Witzburg said, “missing reports and videos may limit or preclude accountability for people who committed crimes and CPD members who committed misconduct.” 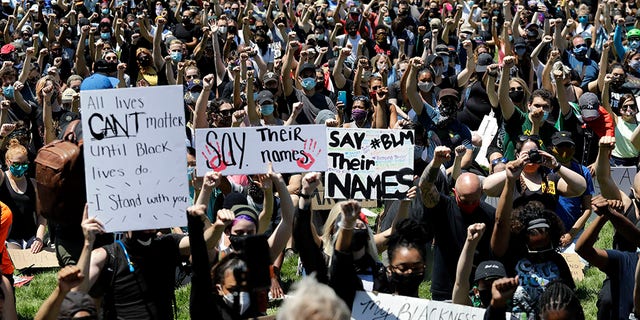 Breakdowns in CPD’s mass arrest process resulted in its failure to arrest some offenders, the unsubstantiated detention and subsequent release of some arrestees without charges, and risks to officer and arrestee safety, according to the report. Prior to the unrest, the department had not trained its members on mass arrest procedures in years and did not plan for the possibility of a mass arrest incident.

In a statement, the police department did not dispute specific findings of the report but said it has conducted its own review of its actions.

“The results of this after-action review have since informed the Department on how to best respond to similar situations while protecting public safety and the rights of all individuals involved,” the department said. “This includes changes that were implemented in areas that were highlighted for improvement. CPD will continually review procedures and strategies used in these large-scale responses to ensure accountability at every level.”