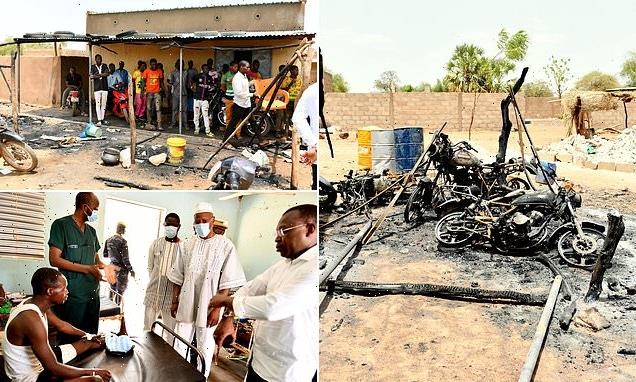 A massacre in northwest Burkina Faso in which more than 130 people were slaughtered earlier this month was carried out mostly by child soldiers between the ages of 12 and 14, the country’s government said.

Armed assailants raided the village of Solhan on the evening of June 4, opened fire on residents and burned homes. It was the worst attack in years in an area plagued by jihadists linked to Islamic State and al-Qaeda.

Government spokesman Ousseni Tamboura said the majority of the attackers were children, prompting condemnation from the U.N.

‘We strongly condemn the recruitment of children and adolescents by non-state armed groups. This is a grave violation of their fundamental rights,’ the U.N. children’s agency UNICEF said in a statement on Thursday. 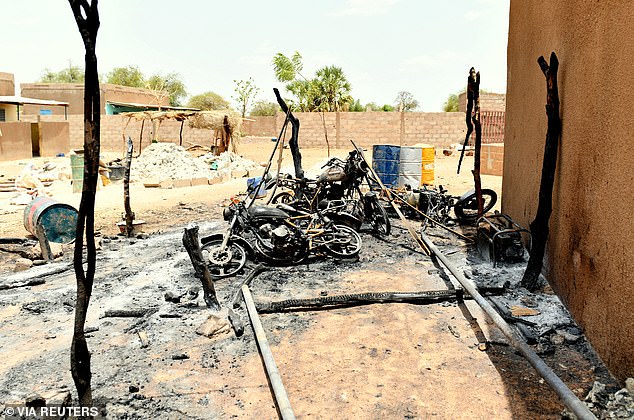 Armed assailants raided the village of Solhan on the evening of June 4, opened fire on residents and burned homes. Pictured: The damage of the attack is seen on June 7 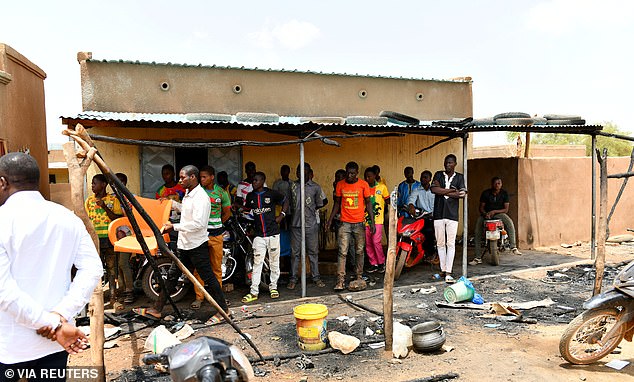 Residents gather at the site of an attack in the village of Solhan on June 7, three days after the massacre where their houses and possessions were burned

Jihadists had launched an attack in June on civilians in Solhan where they shot villagers, burned down their homes and the market.

At least 132 people, including seven children, were killed and countless others were injured. Local sources have put the death toll at 160.

Many of the wounded were taken to nearby hospitals in Dori town and the country’s capital, Ouagadougou.

Nearly 800 people fled in the immediate aftermath of the attack to the nearby town of Sebba, according to an internal report for aid workers.

An anonymous aid worker in Sebba said there were more than 40 people with bullet wounds and burns from fleeing the attack.

A local journalist, who also didn’t want to be named for fear of his safety, told the AP earlier this mean that he saw wounded people in Dori’s hospital lying all over the floor.

Tamboura on Wednesday attributed the Solhan attack to the Mujahi-al Qaida, a group affiliated to Group for the Support of Islam and Muslims. 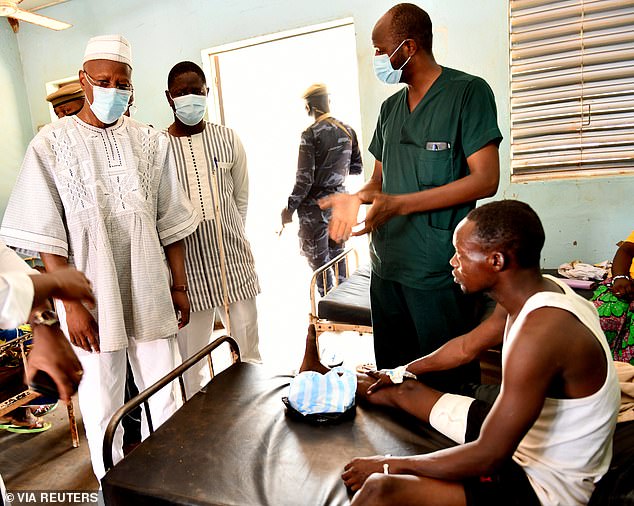 At least 132 people, including seven children, were killed and countless others were injured in the attack. Local sources have put the death toll at 160. Pictured: Burkina Faso’s Prime Minister Christophe Joseph Marie Dabire (left), accompanied by officials, meets wounded people at a hospital in Solhan on June 7 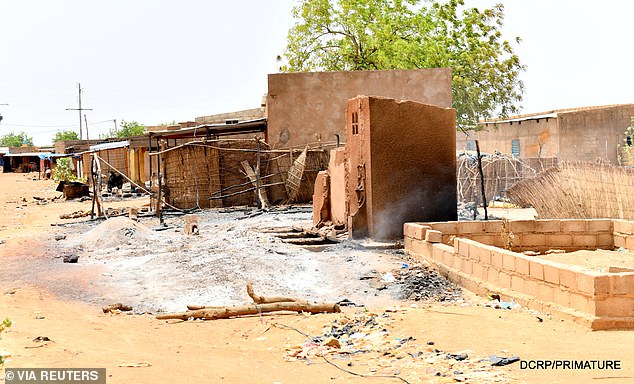 Local officials in Burkina Faso’s north, where jihadists control large areas, said child soldiers have been used by Islamist groups over the past year, but this month’s attack was by far the highest profile case.

It represented a new low for the impoverished West African country that since 2018 has seen a sharp rise in attacks on civilians and soldiers.

Hundreds of people have been killed and more than 1.2 million are displaced, UNICEF said, many of whom have been forced into makeshift camps dotted across the arid north, east and centre. Over 2,200 schools have been closed – about one in ten – affecting over 300,000 children. 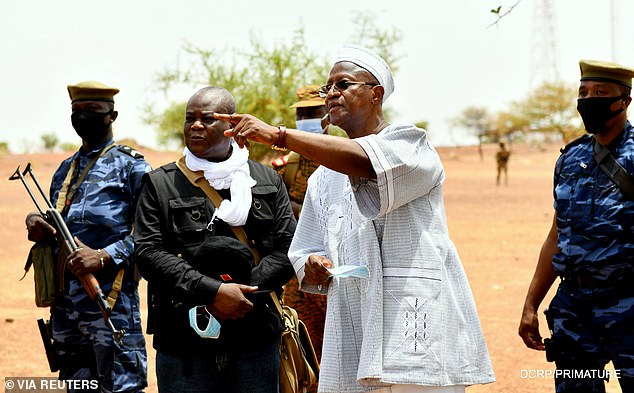 The shocking development comes as 15 police officers were killed in a militant attack in Burkina Faso on Monday.

Initially 11 police officers were reported killed and four missing after the attack, but the missing were later found dead, police sources said on Wednesday.

The ambush occurred while the unit was on a relief mission to the town of Yirgou, which has been hit by recent violence, Security Minister Ousseini Compaore said in a statement.

For five years, Burkina Faso’s ill-equipped and undertrained army has been struggling to stem a jihadi insurgency linked to al-Qaeda and the Islamic State group, often arriving late or not at all to attacks.

The attacks in the country are in response to the presence of volunteer fighters in the area, community volunteers fighting alongside the army.

Since the program started last year, volunteers have become both perpetrators of violence against civilians as well as targets for the jihadis who accuse them of supporting the army, with civilians bearing the brunt of the violence.

‘The militarization of the war against terrorism has created more insecurity than benefits, and both sides, jihadis and pro-state militias are targeting civilians,’ said Tanguy Quidelleur a Ph.D. candidate at the Institute of social sciences and politics who has researched self-defense groups in the Sahel.

The West African country had seen a relative calm in recent months, after a secret cease-fire between JNIM and the government was reached. Earlier this year, jihadis told the AP they were instructed to lay down their guns and don’t understand the recent surge in fighting.

‘I think there are attacks again because there are new people recruited by the group (and)…not everyone who laid down his gun returned to the community,’ a former jihadi who left the group in October told the AP by phone.