China's Foreign Ministry has accused Australia of breaching its free-trade agreement with China by blocking up to $14 billion worth of investment. 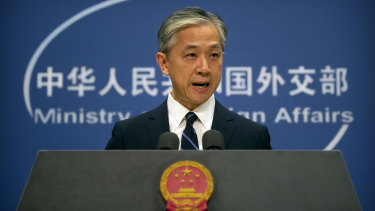 "Recently we've seen many reports in which Australia dresses up as a victim, pointing an accusing finger at China, directly or by insinuation," he said. "In fact, it is the Australian side that has been politicising economic, investment and technological issues, and discriminating against Chinese companies. It has gone so far down the wrong path."

It is the first time China's Foreign Ministry has specifically mentioned the deals.

"The China-Australia FTA makes it clear that the FTA should provide convenience for investors in both countries and continues to screen investments at lower threshold," Wang said. 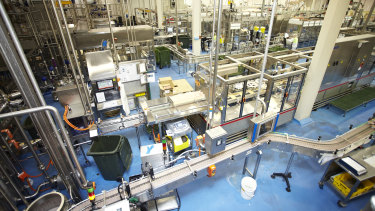 The Lion Dairy & Drinks plant in Morwell. Australia blocked a sale of the business to Chinese interests.

"So, what's done by the Australian side went against the FTA. Because of these discriminatory actions, Chinese companies' investments in Australia have nosedived since 2017, and the number of last year decreased by 85 per cent compared to the 2016 level."

The Foreign Investment Review Board [FIRB] did not recommend blocking either deal, leaving the Australian government vulnerable to China's claims of political interference.

The board was split on whether the CK takeover of APA would be contrary to the national interest. The deal would have created a mega-energy infrastructure provider through a $20 billion network of power plants and gas. The board was unable to reach a unanimous recommendation.

The Australian Competition and Consumer Commission [ACCC] said it would not oppose the acquisition after the CK consortium entered into a court-enforceable undertaking to divest some of its gas assets in Western Australia.

The $600 million bid for Lion Dairy by Mengniu Dairy was blocked in August by Frydenberg. FIRB and Treasury had recommended the sale go ahead and the ACCC approved the deal. It would have seen Mengniu take over Lion's milk, iced coffee, yoghurt and soy milk portfolio. No agricultural land was part of the sale.

Frydenberg said at the time that the deal was "contrary to the national interest" but has not elaborated how the purchase would have threatened competition or national security. 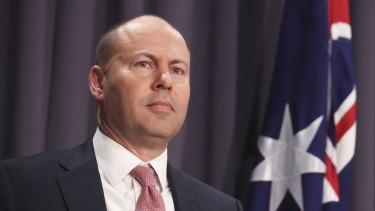 The dispute follows months of rising animosity between China and Australia over the Australian government's decision to block Chinese telecommunications giant Huawei from the 5G network, its push for an independent inquiry into the origins of the coronavirus and criticism of China's actions in Hong Kong and Xinjiang.

Wang told reporters on Tuesday night he was unaware of the specific situation and referred them to China's Customs Department.


"Recent measures taken by the Chinese authorities on some imported products from Australia are in line with China's laws and regulations and international practices," he said. "They are also responsible steps to safeguard the interests of domestic industries and consumers."

Prime Minister Scott Morrison on Tuesday said that if the reports of a ban on Australian coal were accurate that would "obviously be in breach of our free trade agreement".

"Australia's sovereignty is never for sale," he said. "What we are looking for is ensuring that we can continue on with what has been a very mutually beneficial relationship."