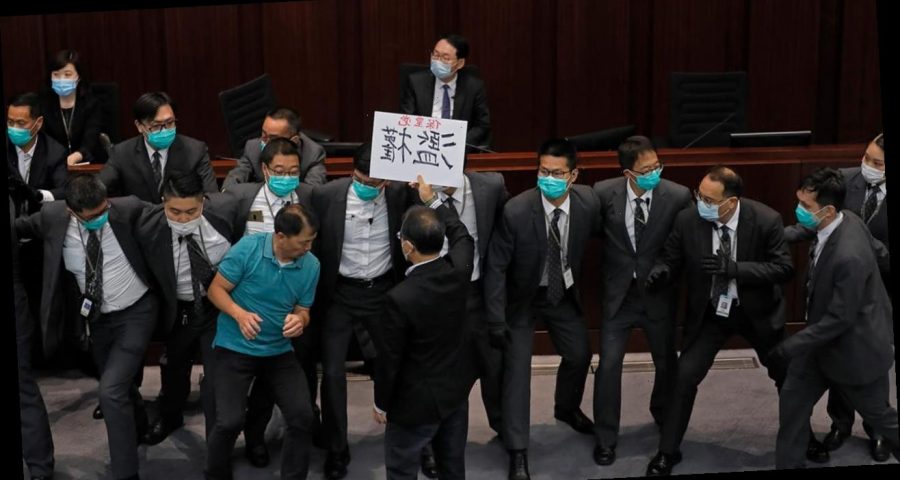 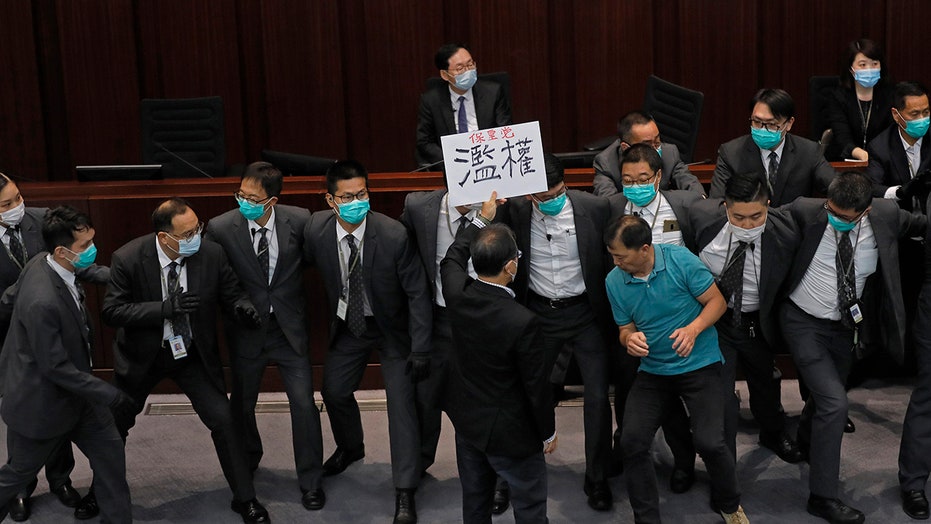 China has sharply reduced the number of directly elected seats in Hong Kong’s legislature in a setback for the democracy movement. The changes were announced Tuesday after a two-day meeting of China’s top legislature.

In the new make-up, the legislature will be expanded to 90 seats, and only 20 will be elected by the public. Currently, 35 seats, or half of the 70-seat legislature, are elected.

IRAN, CHINA SIGN DEAL TO WARN US AGAINST ISOLATING THEM, PROFESSOR SAYS 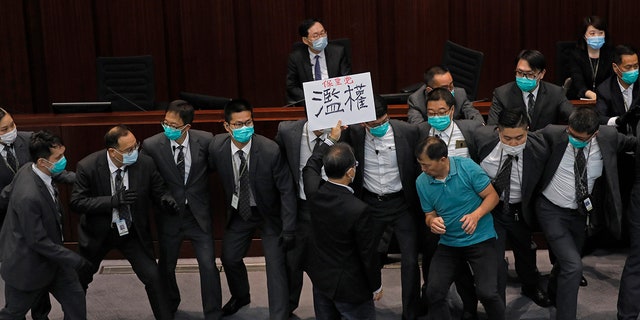 China’s top legislature approved amendments to Hong Kong’s constitution on Tuesday that will give Beijing more control over the makeup of the city’s legislature.

The Standing Committee of the National People’s Congress passed the amendments on the final day of a two-day session, the official Xinhua News Agency said.

It did not immediately provide any details of the changes to Annexes I and II of the Basic Law, which has governed Hong Kong since the former British colony was returned to Chinese rule in 1997.

Chinese officials have said the committee that selects Hong Kong’s leader would had the added power of choosing “a fairly large proportion” of the legislature.

They have not said how many seats that would be. The Legislative Council, as the body is called, will be expanded from 70 to 90 seats.

The changes are expected to reduce the proportion of members who are directly elected. Currently, half the legislature is chosen in direct elections.

The full National People’s Congress rubber-stamped a proposal in early March that authorized the Standing Committee to amend the Basic Law. The next step is for Hong Kong to revise its election laws and hold an election under them.

Under the changes, a committee will also be established to review the qualifications of candidates for office in Hong Kong to ensure the city is governed by “patriots,” in the language of the central government.

The political opposition in Hong Kong — which has advocated for more democracy, not less — sees the changes as part of a broader effort to keep them out of office.

In part, it comes down to the definition of patriots. The opposition has tried to block legislation by filibustering a key legislative committee for months and disrupting legislative proceedings.

Beijing, which prioritizes political stability, sees these actions as unduly interfering with the governing of Hong Kong and wants to keep these actors out of government.