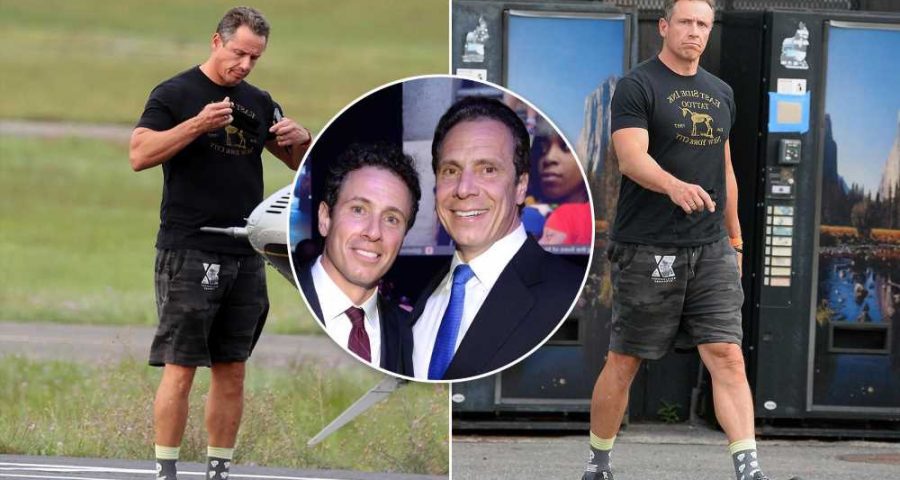 Cuomos — and other liberal, privileged men — have finally outdone themselves

Must have been a turbulent ride.

CNN host Chris Cuomo caught a helicopter from the Hamptons back to New York City — just hours after his brother, Gov. Andrew Cuomo, was exposed as a serial sexual harasser in a damning official report.

A source spotted Chris alone at the East Hampton airport around 6 p.m. Tuesday — and said the CNN anchor was scrolling through news about his older brother as he waited for his ride.

“I saw the article from New York Post on his phone when I walked by,” the source said.

Photos showed the 50-year-old “Cuomo Prime Time” host wearing camouflage shorts and a black T-shirt as he boarded his flight, which, according to the source, was a private Blade helicopter.

He later appeared on his cable show, where he ignored his brother’s growing scandal — the biggest news of the day from coast to coast — focusing instead on the Olympics and the COVID-19 pandemic. He has not publicly commented on the probe into his brother.

The scathing report, released by state Attorney General Letitia James’ office, named Chris Cuomo as one of several outside advisors who were provided confidential and privileged information by the Executive Chamber as the governor tried to respond to a slew of sexual harassment allegations earlier this year.

Independent investigators found that Chris sent an email to the other advisors with a proposed statement he appeared to have drafted or edited on his brother’s behalf in response to sexual harassment allegations from ex-aide Charlotte Bennett.

It was revealed in May that Chris had advised the governor on how to deal with the accusations, landing both Cuomo brothers in hot water and prompting CNN to issue an apology.

The TV-journalist also admitted that advising his brother was a mistake and apologized for putting his colleagues “in a bad spot.”