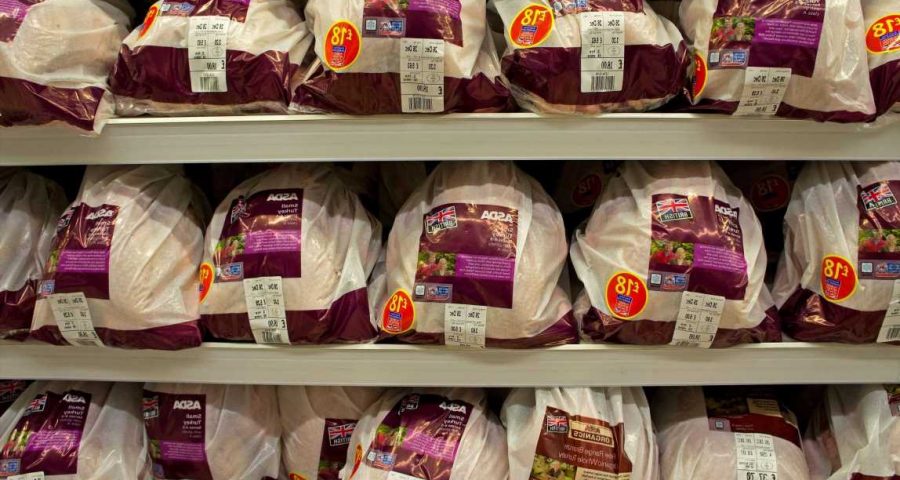 BRITS have already been going crackers panic buying turkeys as sales of the frozen fowl rocket by more than 400 per cent.

With fears Christmas dinner could be "cancelled" due to shortages, thousands have been dashing to supermarkets to stock up early as Boris Johnson conceded the country's delivery crisis could last months.

Supermarket chain Iceland has revealed sales of frozen turkeys have surged 409 per cent compared to the same time last year, admitting customers are "concerned about food supply", reports the Telegraph.

The frozen-food empire had already increased its order of turkeys by 20 percent in anticipation of soaring demands.

Fears turkeys could be in scarce supply have grown as the government scrambles to plug a desperate shortage of truckers.

This morning the PM said he agreed with Rishi Sunak that the delivery chaos could stretch into the festive period.

The Chancellor has warned the shortages "are very real" and that "we're seeing real disruptions in supply chains in different sectors".

Pressed if he agreed, Mr Johnson told the BBC's Andrew Marr that Mr Sunak was "right… but it depends how you interpret what he's saying."

He was only confident that Christmas "will be considerably better" than last year – when snap Covid restrictions banned travel for millions.

Making a cast iron guarantee he told Sky News: "We will make sure that people have their turkeys for Christmas."

From tomorrow the army will start delivering petrol to forecourts to try to wrestle the fuel crisis back under control.

The 200 troops will add to the 5,000 temporary visas for foreign truck drivers recruited to plug the shortage of HGV drivers.

Mr Johnson is reluctant to hire more overseas workers to plug the shortage and favours coaxing Brits to get behind the wheel for better pay.

He said: "The way forward for our country is not to just pull the big lever marked uncontrolled immigration."

Meanwhile, Brits have been warned to brace for a "nightmare" Christmas with nut roasts replacing turkey, beer shortages, and presents not arriving.

Experts have warned there will be a "distinct lack of choice" on supermarket shelves with some festive favourites likely to be in short supply.

Industry insiders have warned the fallout from a week of major disruption could take a month or more to fully repair.

And now some of Britain's biggest retailers are sounding the alarm about supplies of goods coming into the country for Christmas.

Clive Black, a retail analyst at Shore Capital, told The Times he expects the festive season to be "a nightmare for consumers".

He said: "There will be food on supermarket shelves but there will be a distinct lack of choice.

"And the HGV driver shortage is compounding the problem.

"A lot of people eating on Christmas Day will be asking 'what the hell is this?' It won't be traditional."

He predicted that other meats and nut roasts will replace turkey and carbonated drinks like beer may be scarce and expensive.