ANIMAL rights campaigners were disgusted after a video seeming to show live dogs inside a claw grabber machine emerged.

Players appear to be able to win the fluffy white pups as 'prizes' in the arcade-style game thought to be in Japan. 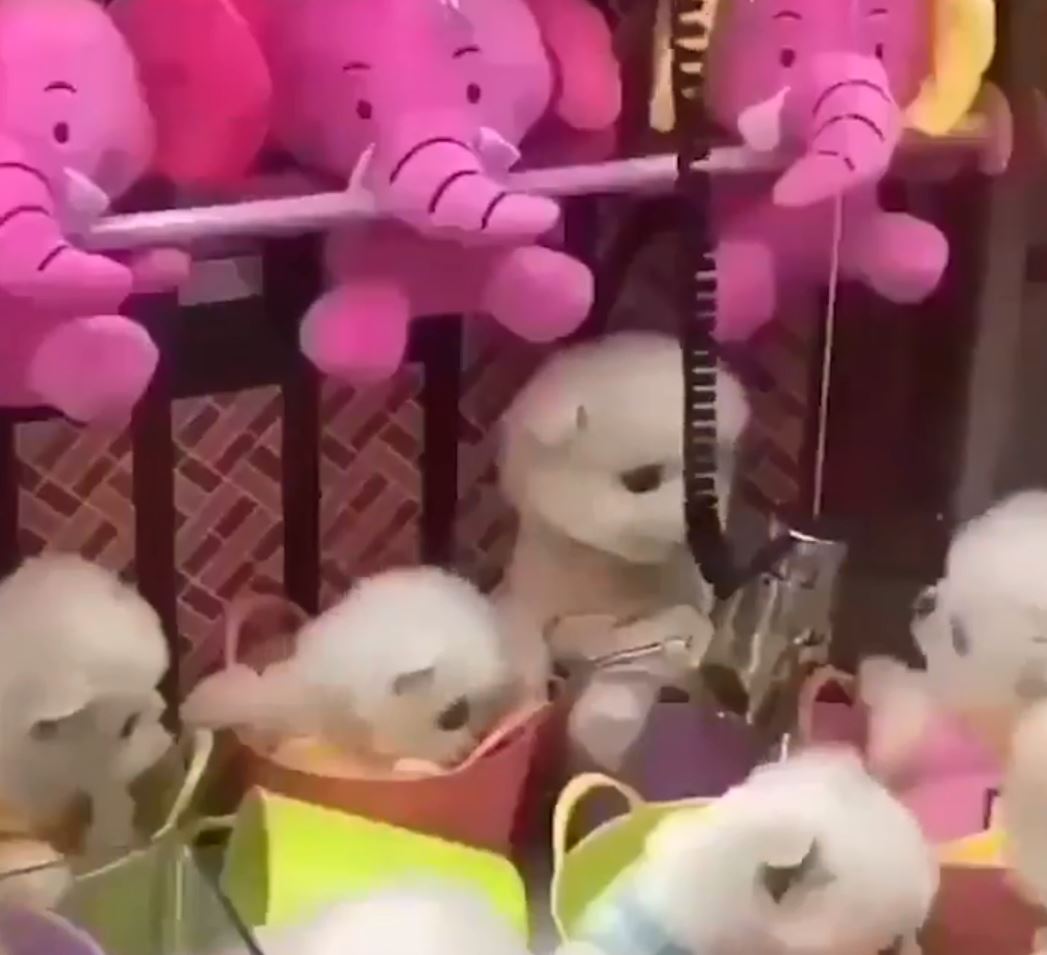 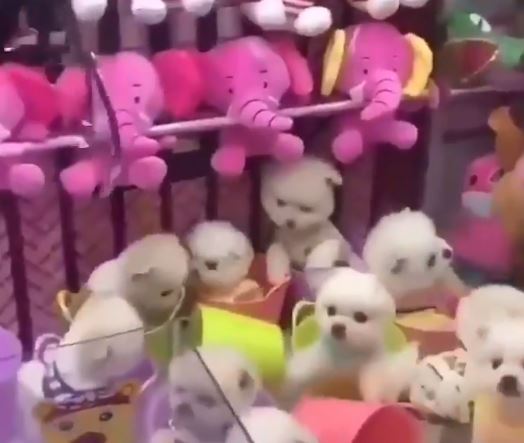 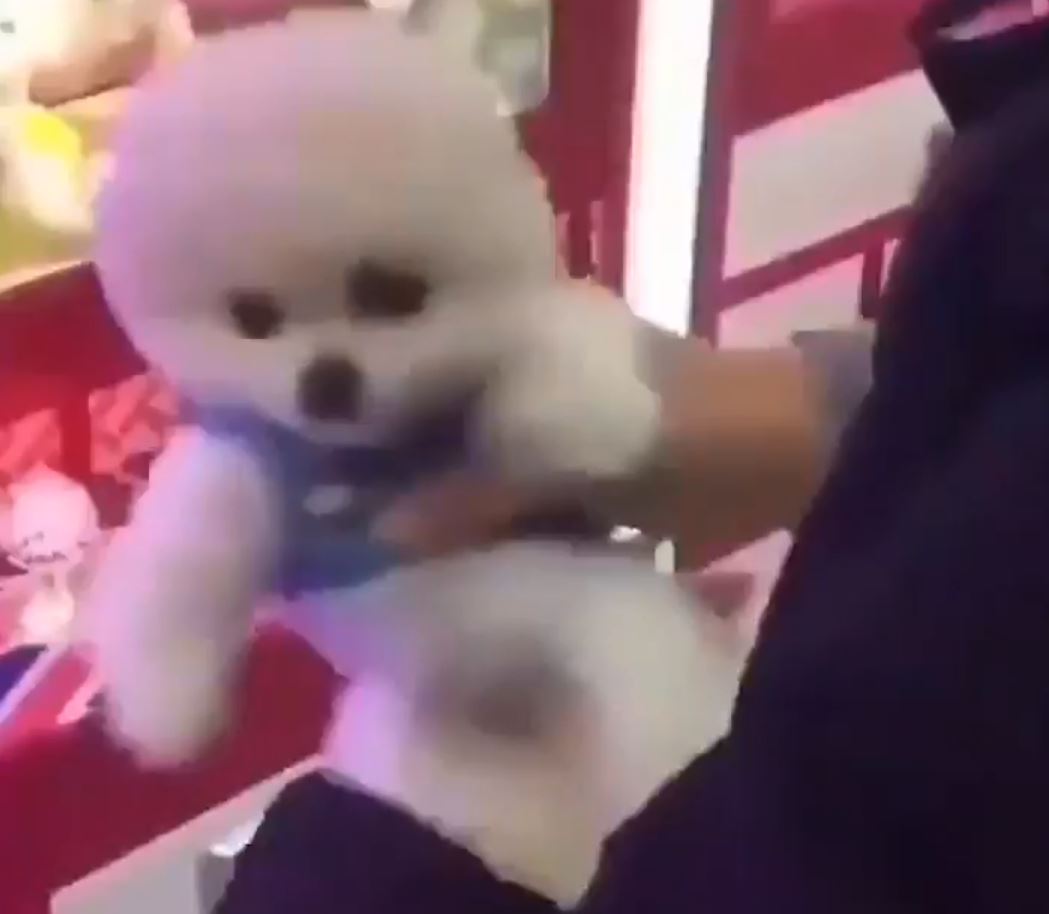 It's not clear exactly where the video was filmed, but it was shared online by biologist Daniel Schneider who said he had seen similar 'games'.

The terrified puppies are sat inside plastic buckets and seem to look up in horror as the metal claw shoots down towards them.

In the footage, a man is seen bending down and picking up one of the dogs – but it's not clear if the dog came from the machine or not.

Daniel wrote: "Some of those puppies in that game are real. WTF. RT. #BeKindToAnimals."

Claiming the arcade machine was in China, Daniel explained that the video was sent to him.

Animals aren't disposable toys, and PETA urges Chinese authorities to look into this video as a matter of urgency.

Hundreds of people on social media were shocked by the video, with a large number saying that it was shot in Japan, not China.

Sickened by the video, Elisa Allen, director of animal rights group PETA said: "Animals aren't disposable toys, and PETA urges Chinese authorities to look into this video as a matter of urgency – if the dogs are real, it's not a harmless arcade game but rather a matter of life and death."

"Live animals – including lobsters, turtles, and crabs – are commonly sold in claw machines across China.

"They can easily be hurt by being repeatedly dropped, and some have been left to endure a painful death from dehydration or starvation."

Sadly, this isn't an overly unusual sight in some places across Asia.

Footage of live cats in a claw machine was shared online and provoked outrage with animal lovers. The cats paced around the tiny glass box as a man controlling a metal claw desperately tried to grab one of the felines.

The aim is to clamp one of the cats and drop them into the funnel which has a sticker above it which reads: "Master bring me home".

The man in the video is heard saying: "The cat is too fat." 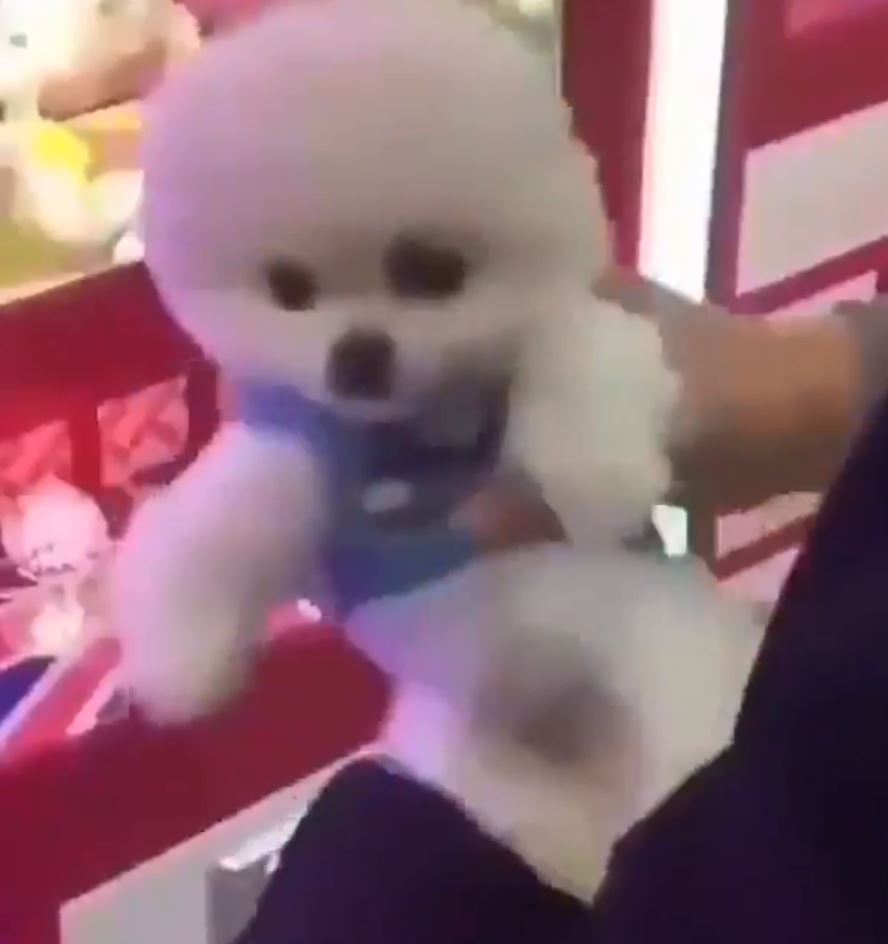 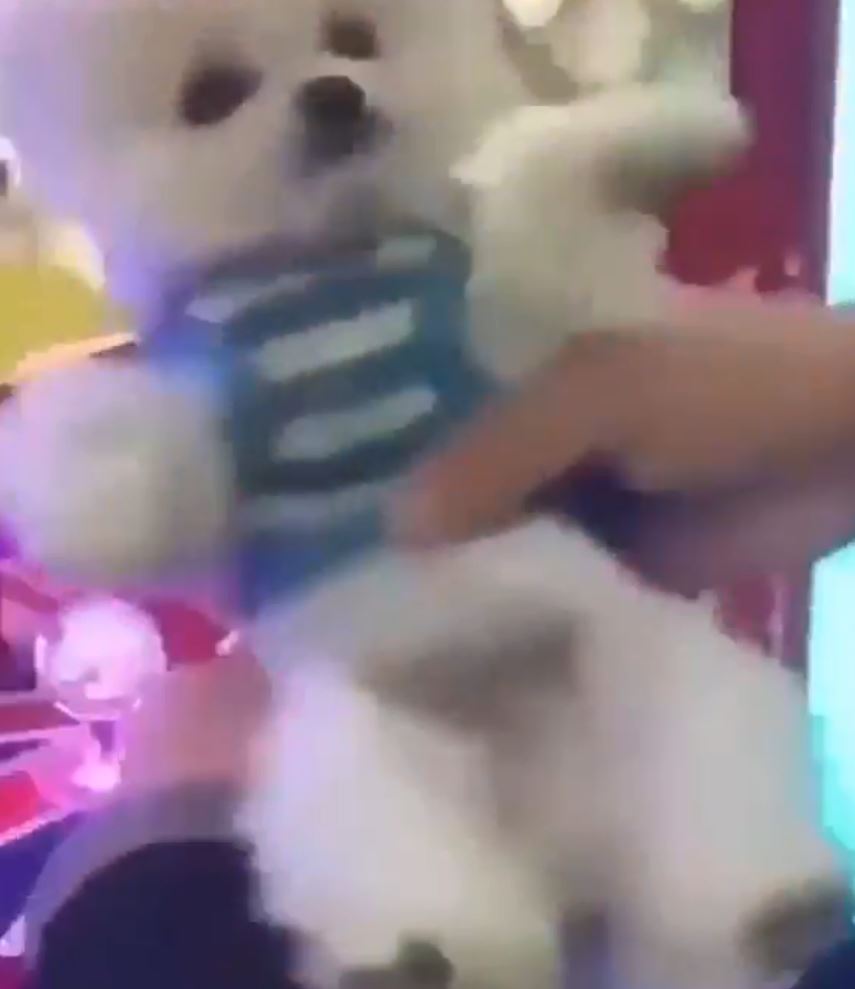 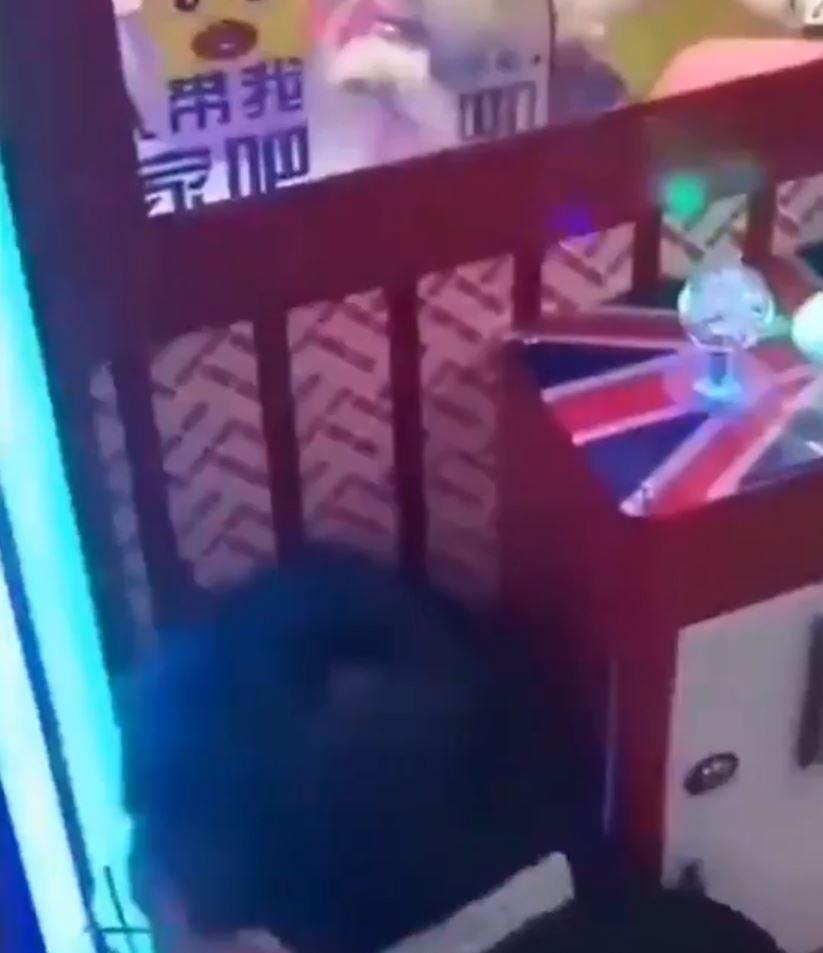