Troy Kotsur, who made history as the first deaf man to win an Academy Award, has had his Jeep and Oscar returned to him after both were stolen in Mesa, Arizona.

Police tracked down those responsible after the vehicle and its valuable cargo was stolen on Saturday, concluding a whirlwind week for the ‘CODA’ star which also saw him given the key to the city of Mesa – his hometown – on Thursday.

Investigators said two boys stole Kotsur’s SUV, but officers were able to track it down and arrest them. The pair were found inside. Everything inside the Jeep was still there when the vehicle was found, according to police. 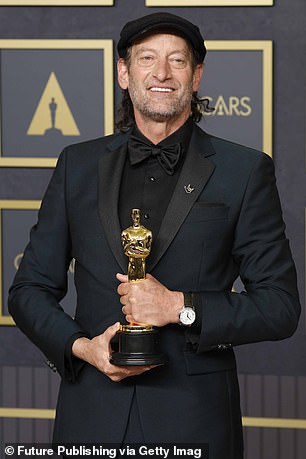 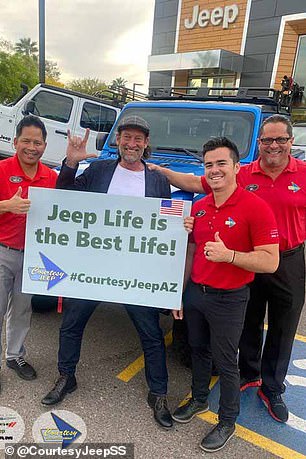 Troy Kotsur, who made history as the first deaf man to win an Academy Award, has had his Jeep and Oscar returned to him after both were stolen in Mesa, Arizona. 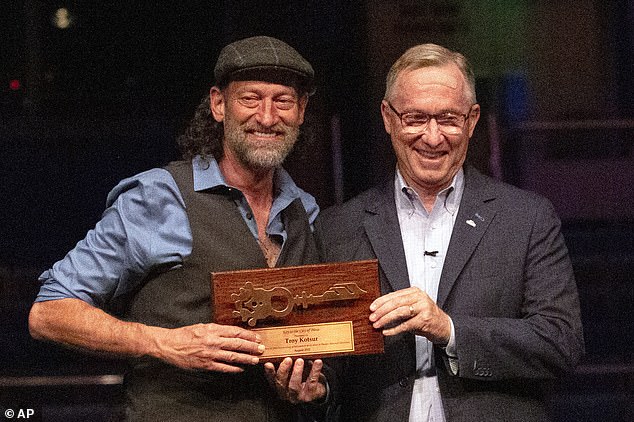 Kotsur, who won the Oscar for Best Supporting Actor in March, said in a now-deleted Tweet that his Academy Award had been inside the Jeep when it was stolen.

‘A little kid stole my Jeep while I have [sic] Oscar award in my Jeep,’ Kotsur wrote in the tweet. ‘The city of Mesa, Az found my Jeep and Oscar award too! Thanks!’

Police said the boys admitted to the crime, according to Phoenix’s 12 News. Their case will now be dealt with by a juvenile court, the news outlet reported.

Their identities will not be released on account of them being minors.

‘The two juveniles admitted to the theft and were charged with Theft of Means of Transportation. They were remanded to the custody of the Maricopa County Juvenile Court System,’ a representative for the Mesa PD told Hollywood Reporter.

‘Mr. Kotsur had his vehicle returned to him to include all the property that was inside,’ the statement added.

The drama came after the city of Mesa announced on Thursday that Kotsur had recieved the key to the city for his historic Oscar win.

Pictures from the ceremony showed him beaming as he was presented with the symbolic key, mounted on a wooden plaque, from Mesa Mayor John Giles.

‘It is such a special honor to receive the key to the City of Mesa, the place where I was born and raised, and will always consider home,’ Kotsur said during a ceremony.

Kotsur won just about every major acting prize for his role as Frank Rossi – a Massachusetts father and fisherman – in ‘CODA.’ He still resides in Mesa and gave a shoutout to the city in his Oscars acceptance speech. 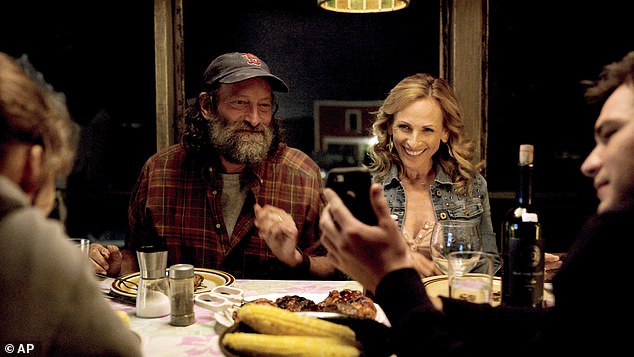 Kotsur won just about every major acting prize for his role as a father and fisherman in ‘CODA.’ He still resides in Mesa and gave a shoutout to the city in his Oscars acceptance speech

Kotsur’s family has deep roots in the city. His father was the police chief. One of his two brothers is a deputy fire chief. His grandfather was also a police officer.

For his next project, the actor will play the coach of a football team from the California School for the Deaf for a Disney+ series.

Kotsur will be an executive producer.