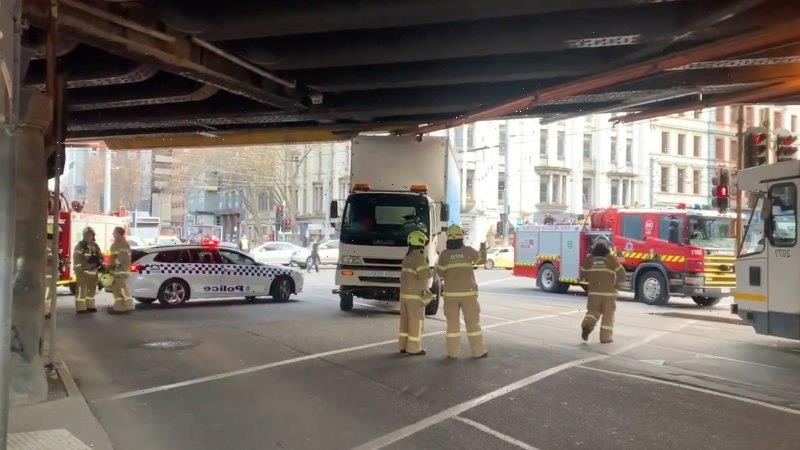 Sections of Melbourne’s rail network were thrown into chaos on Tuesday after a truck was wedged under a rail bridge between the city’s main train stations. 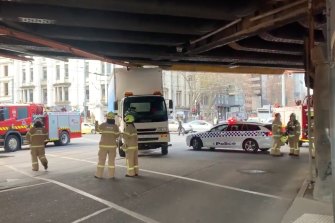 Sections of Melbourne’s rail network have been thrown into chaos after a truck was wedged under a rail bridge on Tuesday.Credit:Dougal Beatty

The incident forced the cancellation of several train services and others to be delayed during the afternoon peak.

The Transport Department said the truck was cleared about 5pm and that major train lines were experiencing residual delays.

They advised commuters to check the PTV app before travelling.

Yarra Trams said their services were experiencing ongoing delays and that they were working to restore normal frequency.

Emergency services had responded to the site on Tuesday afternoon.