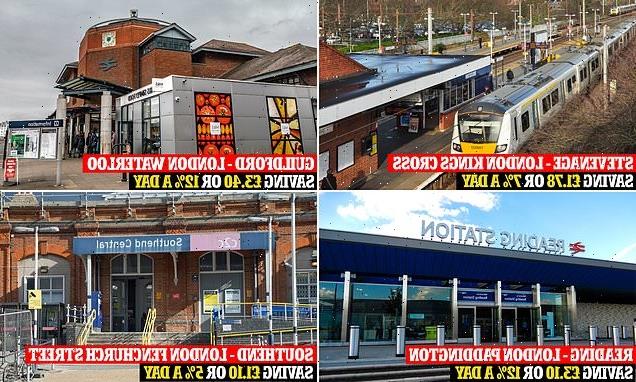 New flexible rail season tickets were today blasted as a ‘real missed opportunity’ by passenger groups who said the small level of discounts offered are unlikely to entice people back onto trains following the pandemic.

The much-heralded scheme, which offers savings on certain routes for passengers travelling two or three days a week, is the first step in a major shake-up announced last month by Transport Secretary Grant Shapps.

The flexible tickets, which can be used from June 28, will allow travel on any eight days in a 28-day period and have been launched in response to the decline in five-day commuting amid an increase in working from home.

But analysis has found only limited savings – with those travelling from Stevenage to London King’s Cross paying £1.78 or 7 per cent a day less if buying a flexi ticket, which is £22.12 a day compared to £23.90 anytime day returns.

And those travelling from Southend Central to London Fenchurch Street will save as little as £1.10 or 5 per cent each day, with the flexi ticket cost coming in at £19.50 per day, compared with a £20.60 anytime day return.

Campaigners also warned there was ‘a lot of confusion about whether it will be available for shorter commuter journeys into London’, with flexi tickets not believed to work on trips made only within the capital’s zone system. 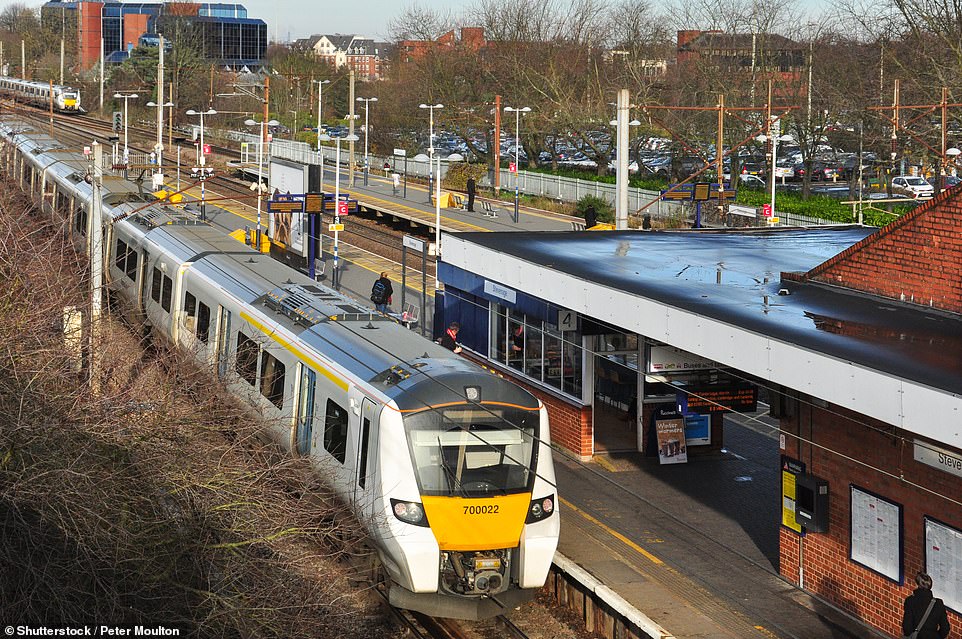 Analysis has found only limited savings – with those travelling from Stevenage train station (pictured) to London King’s Cross paying £1.78 or 7 per cent a day less if buying a flexi ticket, which is £22.12 a day compared to £23.90 anytime day returns 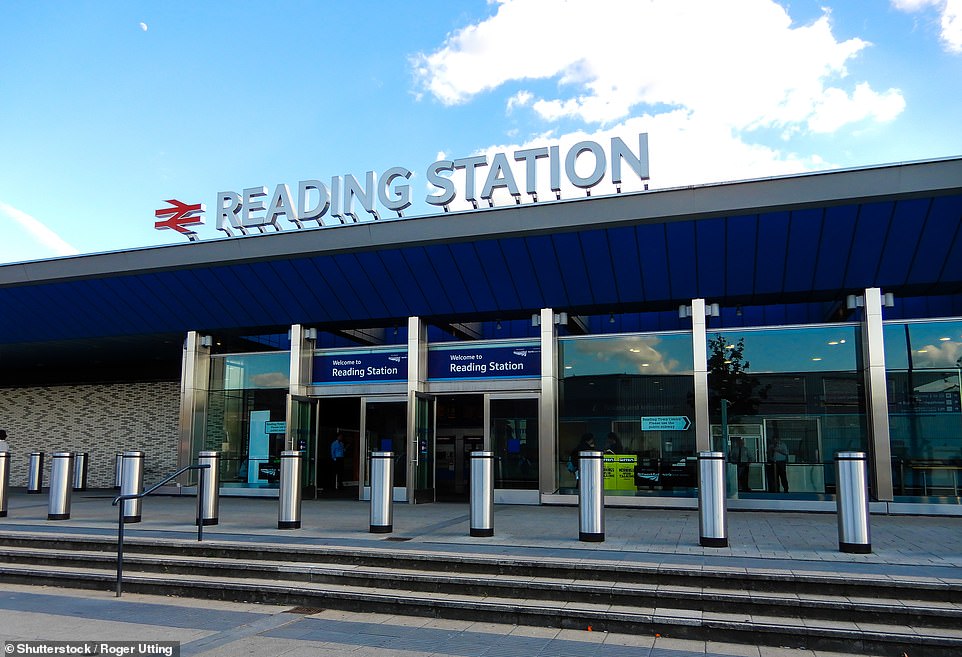 ‘Unfortunately, these new flexible tickets do not appear to offer the kind of savings we had hoped for and are not comparable to the discounts for people commuting full time.

Mr Baker, who now advises the Campaign for Better Transport’s chief executive, added: ‘There appears to be no standard level of discount and in some cases the flexible season ticket could end up being more expensive than the day return option.

How much can London commuters save each day with flexi season tickets?

‘The projected growth in hybrid working has made this an urgent issue and to avoid an increase in commuting by car we need to encourage people back on board trains. The test will be whether the level of discounts offered will entice people onto rail.

‘Sadly, we don’t think they will, except at the margins, so this could turn out to be a real missed opportunity.’

Passengers can use an updated season ticket calculator on the National Rail website to find out which ticket they should purchase based on their route and working pattern.

But London Travelwatch said it was unclear whether the tickets will be valid when travelling between two stations in the capital’s travelcard zones.

A spokesman told MailOnline: ‘London TravelWatch are pleased to see the new flexi season ticket brought in for longer distance commuters who want to come in for just two days a week, but there is a lot of confusion about whether it will be available for shorter commuter journeys into London.

‘If you are making a trip from Romford to Liverpool Street, Eltham to Charing Cross or Bromley to Victoria, it looks like you can’t buy one, because it’s in the Travelcard zone system.

‘The rail industry need to issue clearer and more consistent communications to passengers about what the rules are in London, to clear up any confusion.’

‘Even as a short-term measure, it does little for Londoners as the discounted tickets do not apply to journeys made between stations in the capital.

‘This means that commuters travelling into work two days a week on busy routes, such as from Romford to Liverpool Street, won’t see any benefits.’

The Department for Transport said commuters travelling two days a week on flexible season tickets could save £260 from Woking to London, £230 from Liverpool to Manchester, and £170 from Stafford to Birmingham, compared to the cost of normal daily fares. 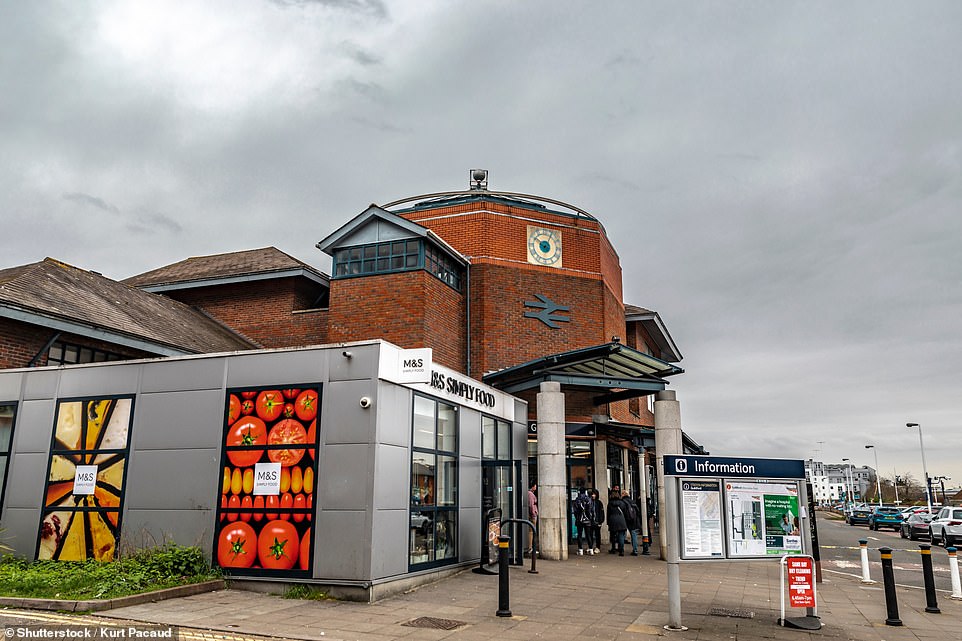 Those travelling from Guildford (pictured) to London Waterloo will make a daily saving of £3.40 or 12 per cent, with the flexi ticket at £24.20 per day instead of a £27.60 anytime day return 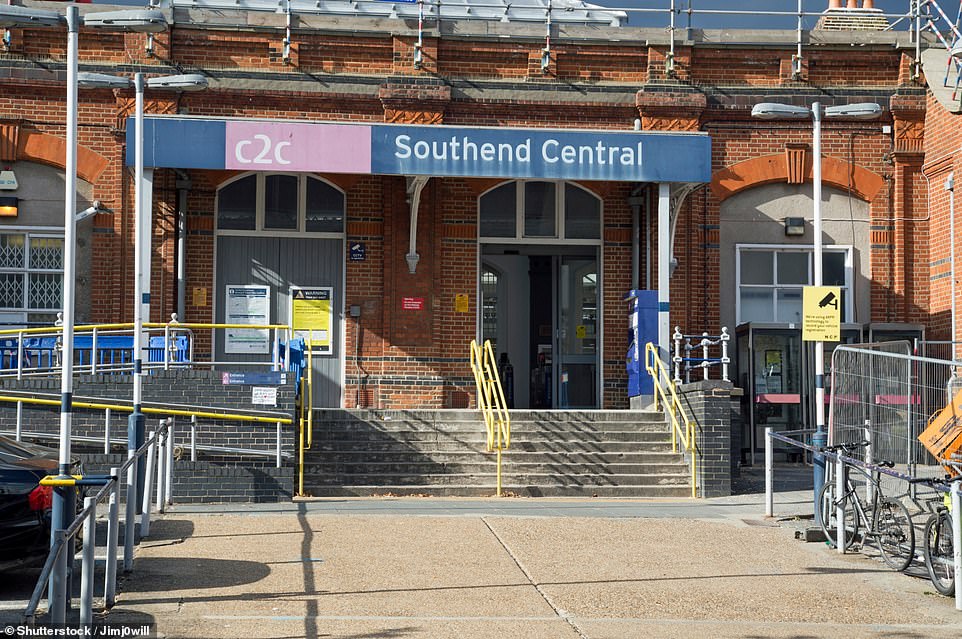 Those travelling from Southend Central to London Fenchurch Street will save as little as £1.10 or 5 per cent each day, with the flexi ticket cost coming in at £19.50 per day, compared with a £20.60 anytime day return

Savings for travellers using the network three days a week include £350 from Chelmsford to Stratford, £230 from St Albans to London, £110 from Bromsgrove to Birmingham and £90 from Weston-Super-Mare to Bristol.

How much money do transport officials say commuters could save?

Department for Transport analysis shows that commuters travelling two days a week buying multiple new flexible season tickets could save, in a year, when compared to the cost of daily tickets, the following:

It added that three day-a-week commuters could save:

To encourage more people to travel to rail, train companies will also allow passengers who buy an advance ticket for a specific train to rebook or receive rail vouchers without an admin fee until the end of the year if their plans change.

Transport Secretary Grant Shapps said: ‘Our railways work best when they are reliable, rapid and affordable.

‘As we kickstart the biggest reforms to our railways in a generation, flexible season tickets are the first step. They give us greater freedom and choice about how we travel, simpler ticketing and a fairer fare.

‘With a season ticket calculator to see which option works best for you, and a book with confidence guarantee to make journeys stress-free, the future of fares is flexible.’

The introduction of flexible tickets comes amid changing travel patterns due to the coronavirus pandemic.

An increase in home working has led to a huge decline in the number of people travelling by rail, particularly those commuting rail five days a week.

Robert Nisbet, director of nations and regions at the Rail Delivery Group – which represents train operators, said: ‘We’ve worked with Government to introduce the new Flexi Season ticket, which goes on sale today, to give commuters the freedom and flexibility to divide their time between home and the office.

‘The rail industry is helping people travel and book with confidence by providing better journey information, boosting cleaning and helping them change a booked journey fee free should their circumstances change.’

‘Our research with passengers showed us there was strong demand for a new ticket that suited people who expected to commute less frequently in future. 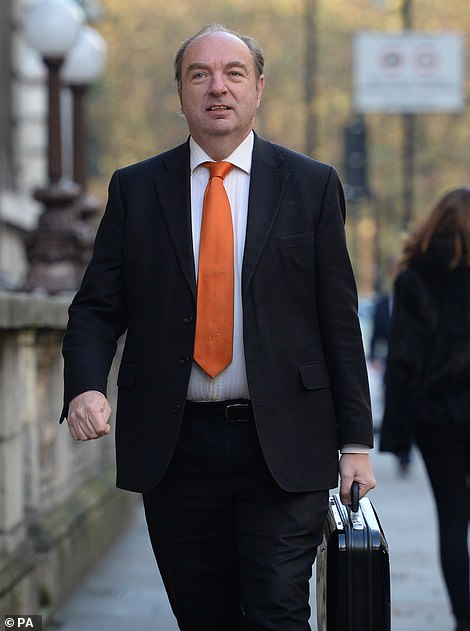 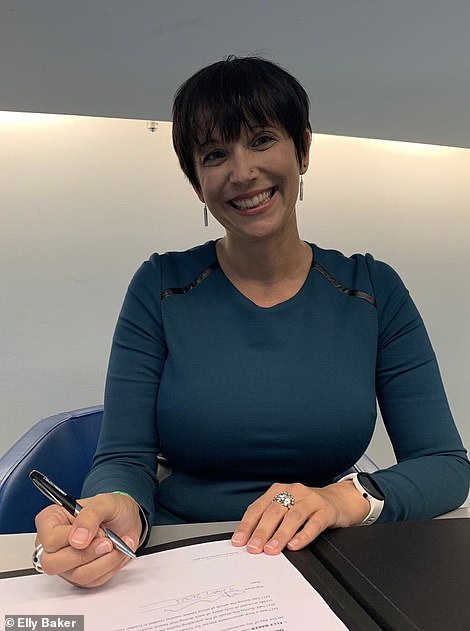 Former shadow transport secretary Norman Baker (left) said the new flexible tickets ‘do not appear to offer the kind of savings we had hoped for’, while Elly Baker (right), Labour’s London Assembly Transport spokesman, added that they ‘fall far short of the widespread reform that the fares system desperately needs’ 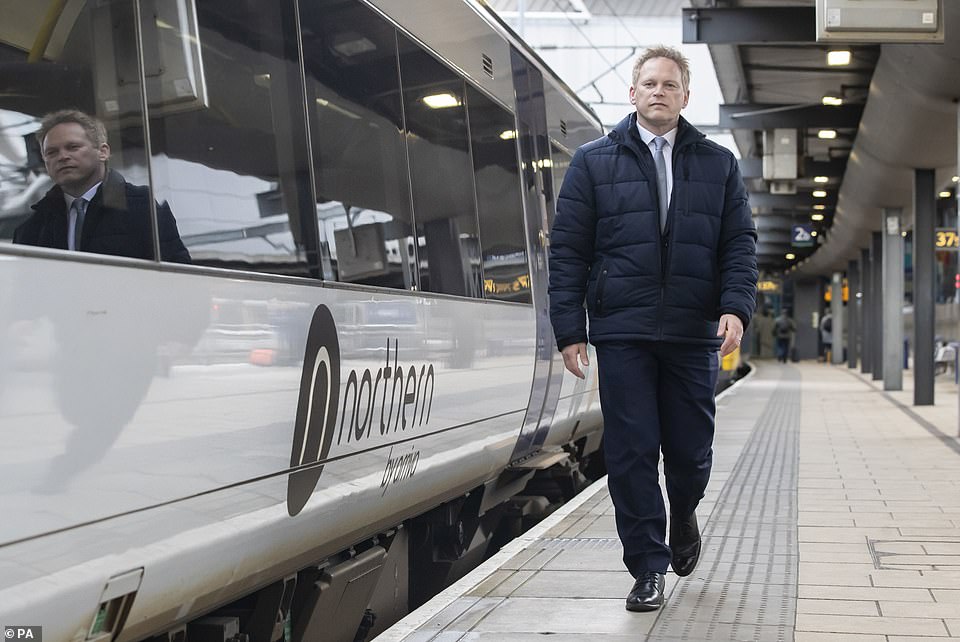 ‘This is a positive step towards much-needed longer-term reform of how rail tickets are sold.’

What are flexible tickets and how will they work?

Flexible rail season tickets go on sale today, but they will only save money for some passengers. Here are some key questions about the new tickets.

– What do the tickets allow me to do?  The new Flexi Season allows unlimited travel between two stations on any eight days in a 28-day period.

– Who will benefit?  People who travel two or three days a week at peak times will save money using the tickets on certain routes.

– How much could I save?  The minimum discount for using a Flexi Season compared with a monthly ticket on the same route is 20 per cent. The Department for Transport says part-time commuters on certain routes will save hundreds of pounds a year.

– What if I only commute one day a week?  You will be better off buying daily tickets.

– How about four or five days a week?  An annual season ticket is likely to continue to be your cheapest option.

– How do I get one of these flexible tickets?  They are available on rail websites and apps, as well as at some station ticket offices.

– How are the tickets issued?  The new tickets are only available as either a smartcard or barcode ticket.

– How do I use them?  You must activate your pass on the day of travel by ‘touching in’ on a yellow reader on a gate, a platform validator, a ticket machine, or using the National Rail Smartcard app.

– Can I travel in first class?  No. Flex Season tickets are for standard class travel only.

– Are there further discounts for children?  The tickets are only sold at adult prices.

Tickets offering discounts for part-time commuters were already available in Scotland and Wales.

The Williams-Shapps Plan for Rail will lead to the creation of a new public sector body named Great British Railways (GBR), which will own and manage rail infrastructure, issue contracts to private firms to run trains, set most fares and timetables, and sell tickets.

Rail franchises were effectively ended when the Government took over the financial liabilities of operators in March 2020 to keep services running amid the collapse in demand caused by the coronavirus pandemic, at a cost of £12 billion.

The emergency agreements will be replaced by passenger service contracts, with GBR contracting private firms to operate trains.

It comes as HS2’s costs have reportedly jumped by another £1.7billion in the past year as the coronavirus pandemic adds further pressure to the high-speed railway project.

The suspension of work at most sites at the start of the virus crisis, combined with social distancing measures causing delays and reduced productivity, mean costs for phase one between London and Birmingham have risen by up to £800 million, sources close to the scheme told the Financial Times.

This follows an £800million increase announced by HS2 Ltd in October 2020, which was partly driven by problems redeveloping Euston station, the month-long operation to remove activists from a network of tunnels at Euston Square Gardens, and pandemic pressures.

It emerged earlier this month that the contract for building Birmingham Interchange station is worth up to £370 million, some £100 million more than an estimate in March 2020 which excluded money for contingency and options to maximise the site.

A £1.7 billion overall increase in costs would be covered by £5.6 billion of contingency funds included in the £44.6 billion budget for phase one.

A Department for Transport spokesman said: “Our focus remains on controlling costs, to ensure this ambitious new railway delivers its wealth of benefits at value for money for the taxpayer. The response to Covid-19 remains ongoing and final assessments of its effect have not been made.”

The Government-commissioned Oakervee Review warned in 2018 that the final bill for HS2’s entire Y-shaped network could reach £106 billion.

Despite it running tens of billions of pounds over its initial budget, and several years behind schedule, Prime Minister Boris Johnson gave HS2 the green light in February 2020.

HS2 was a major issue in last week’s shock by-election defeat for the Tories in Chesham and Amersham. The high-speed line is being built through the Buckinghamshire constituency.