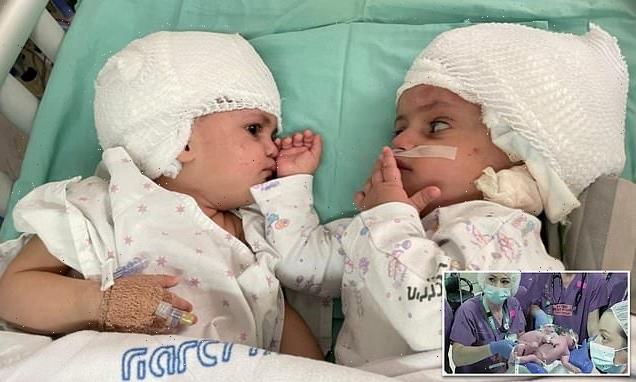 Nice to see you! Conjoined twins who were joined at the head look at each other for the first time after surgery to separate them in Israel

One-year-old twin Israeli girls who were born conjoined at the head, back to back, can make eye contact for the first time after undergoing rare separation surgery.

The operation, conducted at the Soroka Medical Centre in Beersheba last week, required months of preparation and involved dozens of experts from Israel and abroad, the hospital said on Sunday.

The twins, who were born in August 2020, were conjoined at the head and faced away from each other, meaning they had never been able to look at one another.

‘This was a rare and complex surgery that has been conducted only 20 times worldwide and now, for the first time, in Israel,’ said Mickey Gideon, Soroka’s chief pediatric neurosurgeon.

‘To our delight, everything went as we had hoped.’

The girls were separated successfully after 12 hours of surgery and are expected to lead completely normal, healthy lives. 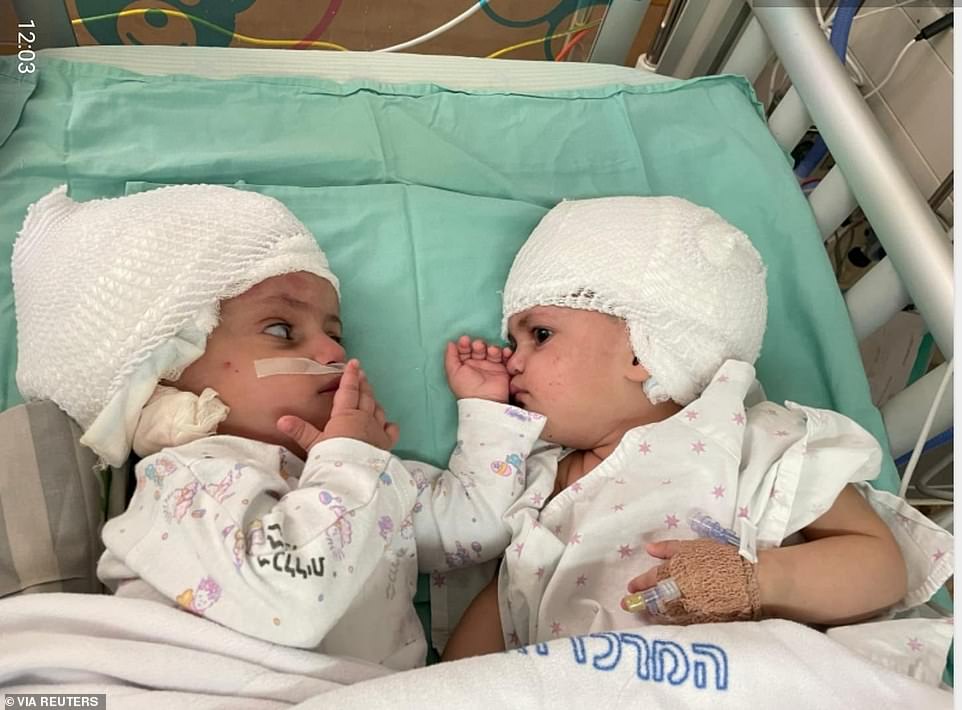 One-year-old twin Israeli girls who were born conjoined at the head, back to back, can make eye contact for the first time after undergoing rare separation surgery

The complexity of the surgery meant that doctors had to begin their preparations months before the girls were brought to the operating table.

Firstly, a 3D virtual reality model of the twins was constructed to allow doctors to study the intricacies of the operation and plot the best course of action.

Then, inflatable silicone bags were inserted into the twins’ heads and periodically expanded over the course of several months before the surgery to stretch their skin.

This excess skin was essential for sealing the incisions in the heads of each twin with a scalp graft after they were separated and their skulls were reconstructed.

The twins have not yet been identified but images published in Israeli media show them wearing bandages around their heads and gazing into each others’ eyes.

‘Any wrong decision could have been the difference between life and death,’ said Dr Lazar, the director of the paediatric intensive care unit at Soroka University’s medical centre.

‘It was so delicate, as the surgery was performed between major blood vessels in the babies’ heads. We all knew that any bleed could have catastrophic consequences,’ he told the Times of Israel.

Lazar said the twins were moved to the ICU following the operation where they were sedated and placed on ventilators as they recovered.

On Sunday, after they were stable enough to breathe on their own, they were taken off the ventilators and allowed to meet for the first time, a moment which Lazar described as ‘simply amazing’.

‘They are recovering nicely. They are breathing and eating on their own,’ Eldad Silberstein, the head of Soroka’s plastic surgery department, told Israel’s Channel 12 news. 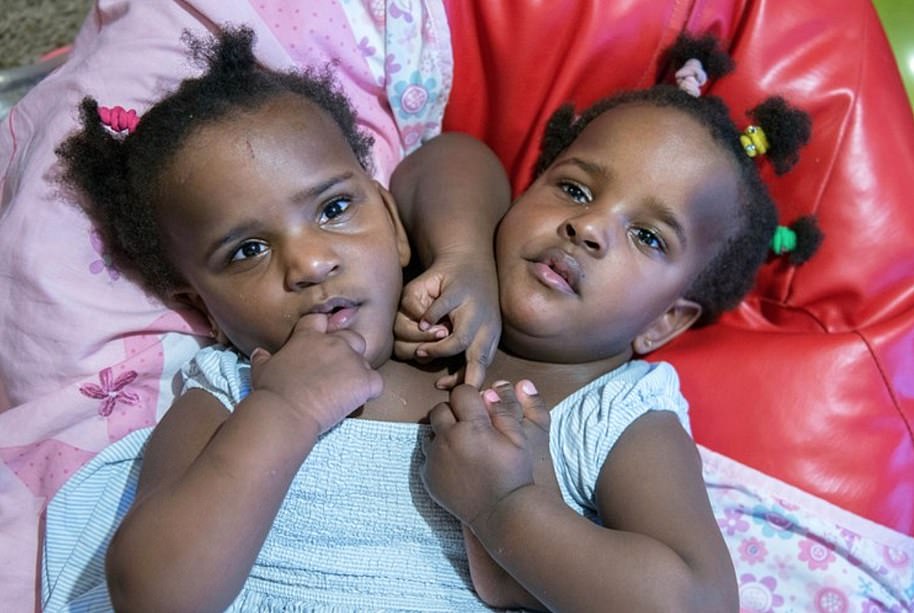 Senegalese conjoined twins who were brought to the UK in 2017 to undergo life saving treatment began their primary school education earlier this year in Cardiff. The twins were expected to die shortly after birth, but have survived despite sharing a liver, bladder and digestive system.