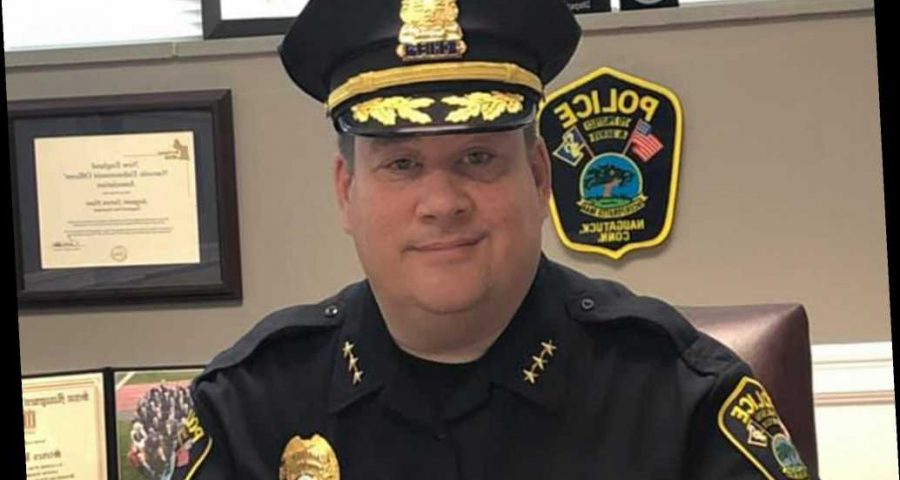 A Connecticut police chief’s teen daughter has been accused of writing “disgusting” racist posts online — including one threatening to “shoot” black people.

Naugatuck Police Chief Steven Hunt is now facing calls for his resignation after his daughter’s Snapchat posts from two years ago emerged on Friday.

“I’ll make my dad drive with lights and sirens and if we see any black people we will shoot them,” one post read, a screenshot shows.

Another one of the undated posts referenced Hunt’s appointment as police chief, which occurred in March 2019, according to his LinkedIn profile.

“My dad is now officially police chief so that means he’s more advanced in shooting black people then he was just a couple minutes ago,” the post read alongside a photo of Hunt’s daughter, who was around 13 or 14 when she allegedly sent the hateful messages.

The teen’s former friend, Jake Stankiewicz, 16, told WSFB that she sent him one of the messages when she was 14, adding he believes they were shared as a joke.

“They were sent to me, I had screenshotted them, and was told to delete them as I did, but they were backed [up] into my iCloud, which I discovered yesterday,” Jake told the station. “I just hope people in positions of power are more accountable for their actions and we can do something to combat the rampant racism everywhere.”

Critics blasted the posts as acts of “racism and bigotry” and called for Hunt’s immediate resignation.

An independent investigator with conduct a “comprehensive” probe into the matter, city and police officials said Friday.

Hunt had not been placed on leave or suspended as of early Monday as the investigations continue, Naugatuck police told The Post.

Naugatuck Police Chief Steven Hunt and his wife Johnna said in an open letter Saturday that they “sincerely apologize” to anyone offended or hurt by the hateful comments that circulated online Friday.

“The statements, which were sent privately to a juvenile acquaintance, were despicable in nature and inexcusable,” Hunt and his wife said. “We condemn the comments made in these messages. In no way, shape or form do they reflect our hearts, minds or the love we have for all our neighbors in this inclusive community.”