Coo-dunnit? Tour de France of pigeon racing is rocked after 11 birds are found dead in suspected poisoning on the eve of the event

The Tour de France of pigeon racing has been struck by scandal after 11 birds were discovered dead with suspected poisoning – forcing the withdrawal of 2,000 French entries to the competition.

The Barcelona 2020 pigeon race will take place tomorrow without a strong French contingent after the death of the birds this week.

A further seven pigeons were found unwell in housing they were kept in in northern region of Chéreng, prompting Club des Internationaux Français (CIF) to withdraw its birds from the major annual event.

An autopsy has already revealed one of the dead pigeons had a motoring fluid known as AdBlue in its guts, according to the Belgian organisers of the race.

It is feared a watering can was poisoned with the substance and then water was poured from it into the pigeons’ drinking trough. 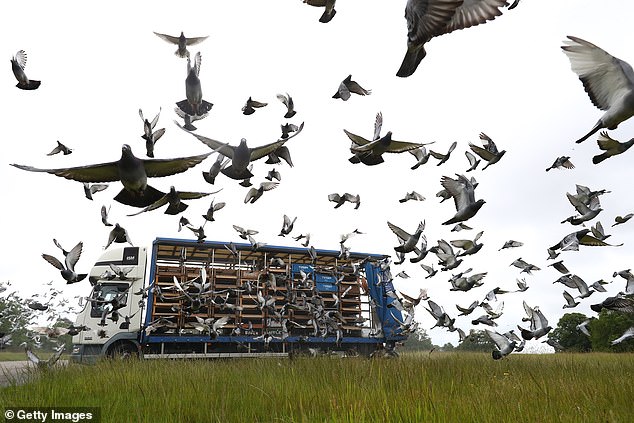 An autopsy has already revealed one of the dead pigeons had a motoring fluid known as AdBlue in its gut. Club des Internationaux Français has now withdrawn all its 2,000 entries from the Barcelona 2020 race (stock image)

‘Nobody wanted this, everyone is devastated,’ said race organiser Luc de Geest, from the Cureghem Center group, according to the France24.

He added: ‘That is why we are not going to start research into who exactly used that fatal watering can.’ 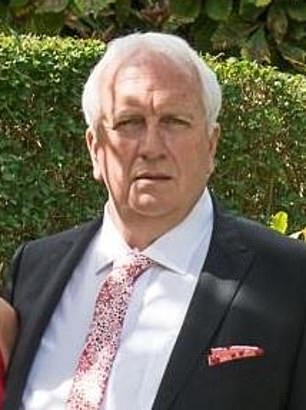 Philippe Odent, president of the French pigeon fanciers’ club, has described the poisoning as a ‘fatal mistake’

The Barcelona race is the endurance event of the year for European pigeon racers. Almost 15,000 pigeons race 660 miles across the Pyrenees for a £225,000 prize.

The French pigeons had gathered in Chéreng this year ahead of the race, instead of in Belgium, to minimise movements due to coronavirus.

Some within the racing community have reacted with glee to the news – and have been branded ‘vultures’ and parasites’ by the president of the French pigeon fanciers’ club, Philippe Odent, who described the poisoning as a ‘fatal mistake’.

In a letter to organisation members, he said: ‘Their words are indifferent to me and it would be do them too much honour to comment on them but I think that fortunately many have identified the kind of sad characters they are.’

The race in Barcelona will go ahead tomorrow.

De Geest said: ‘This is the worst thing that has happened to us in more than half a century of Barcelona.’

‘And in a year in which [the coronavirus] was already so restrictive for the pigeon sport. Barcelona was supposed to be a party, but it makes the disaster year even worse.’