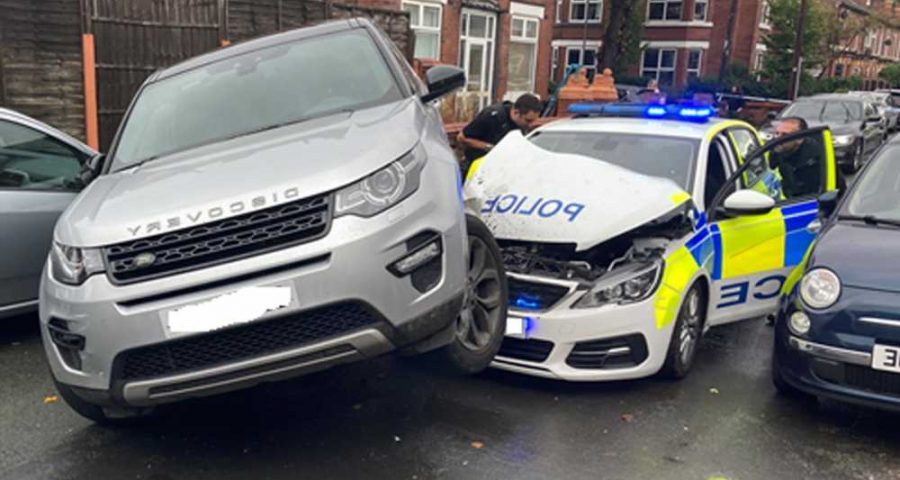 A POLICE officer has been injured after a Land Rover was rammed into his vehicle during a chase.

Two men were arrested after the officer suffered minor injuries to his arm during the pursuit through Trafford on Tuesday, Greater Manchester Police said. 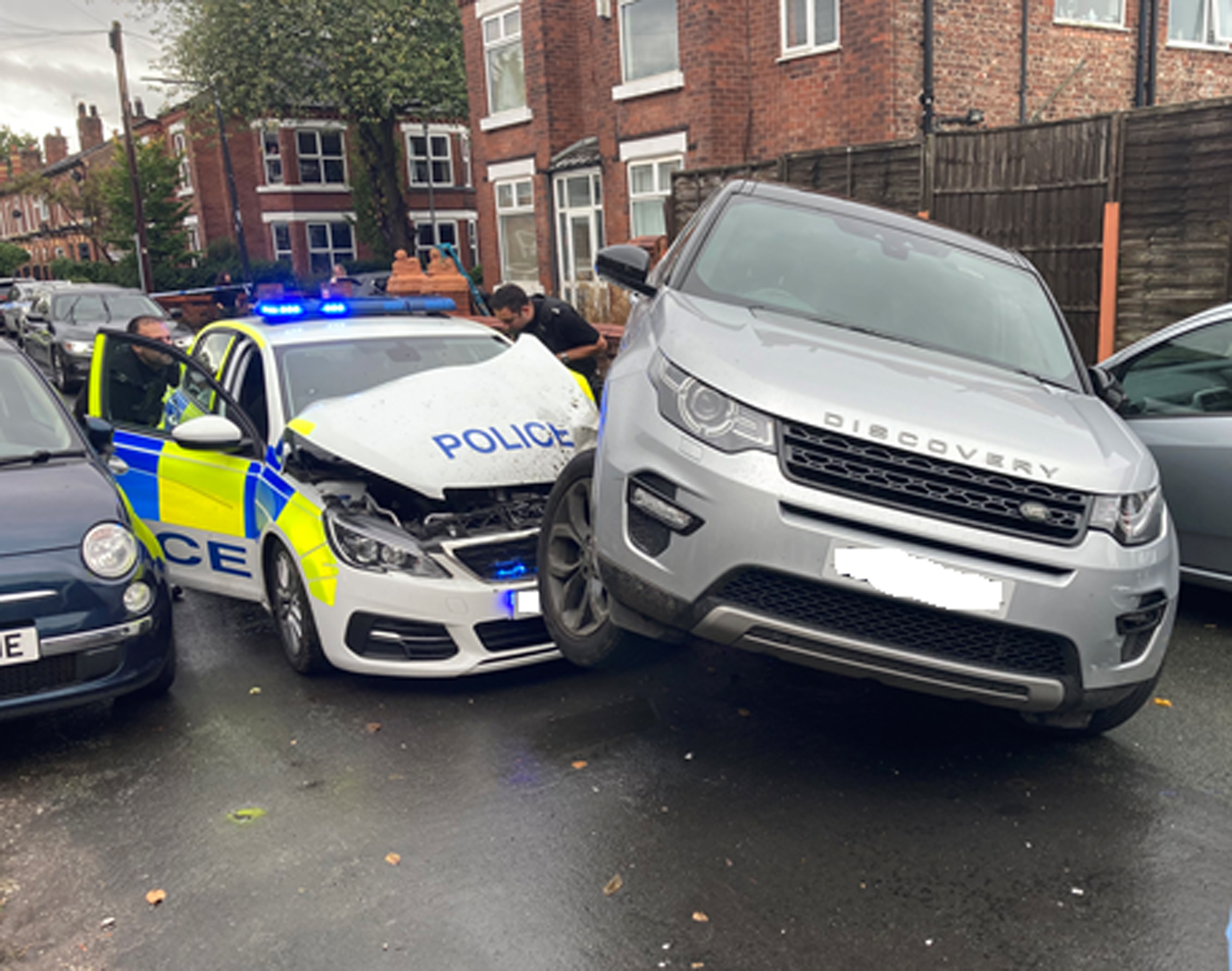 The force said officers in a marked vehicle were on patrol just before 12.30pm when a Land Rover made off at speed and failed to stop.

Cops chased after the suspects, before the Land Rover rammed the police vehicle and made off again, a force spokesman said.

The spokesman said: "The pursuit continued to Dartford Road in Urmston.

"The Land Rover then proceeded to ram the police vehicle again, causing significant damage to the police car and a second parked vehicle.

"An officer has sustained minor injuries to his arm."

The passengers of the Land Rover then made off on foot, according to police.

The 33-year-old was taken to hospital for treatment where he is being assessed.

Inspector Matthew Harvey said: "Police officers shouldn't have to face these kind of dangers whilst on duty, and the road should be a safe place for all drivers.

"It's just fortunate in this instance that any injuries were not more grave.

"We're not looking for anyone else in connection to this incident, and would like to reassure members of the community that officers will continue to piece together the full circumstances of this pursuit."