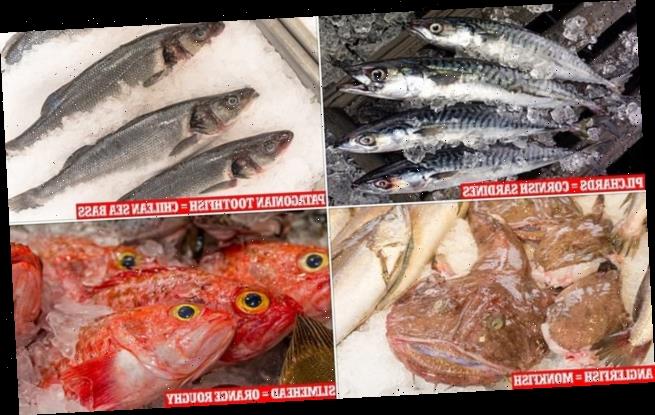 Spider crab salad for lunch? Cornish fishermen rebrand their catches to persuade UK customers to buy them after being told names like megrim were putting people off as Brexit rules hit EU exports

Cornish fisherman are to cast aside the names of two of their most common catches and rebrand them in a bid to lure in more customers.

Local industry chiefs fear the names ‘spider crab’ and ‘megrim’ might be putting customers off.

In a bid to drum up more UK business in the wake of Brexit, they are looking at the successful rebrand of the popular monkfish, previously known as anglerfish, for inspiration.

Under the plans Cornish fisherman will hook the name megrim and replace it with ‘Cornish sole’. Spider crab will be rebranded as ‘Cornish king crab’. 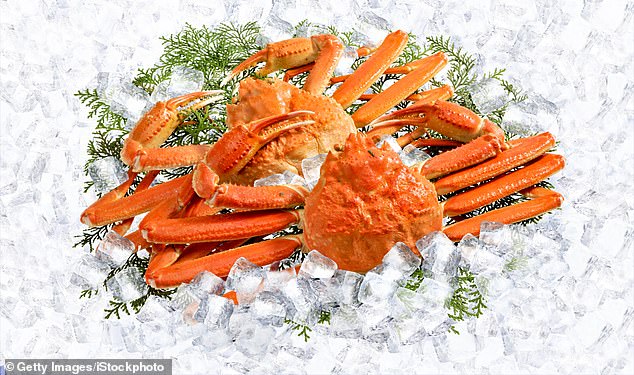 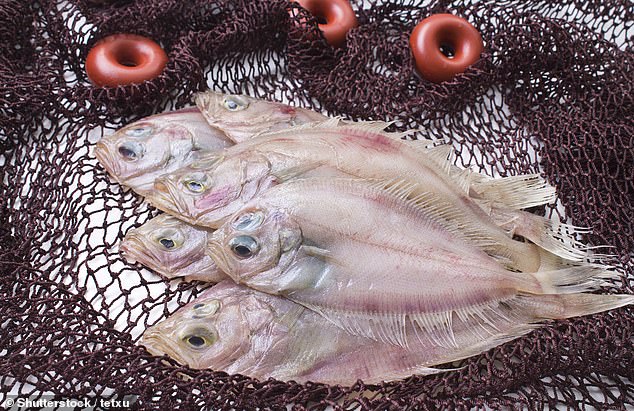 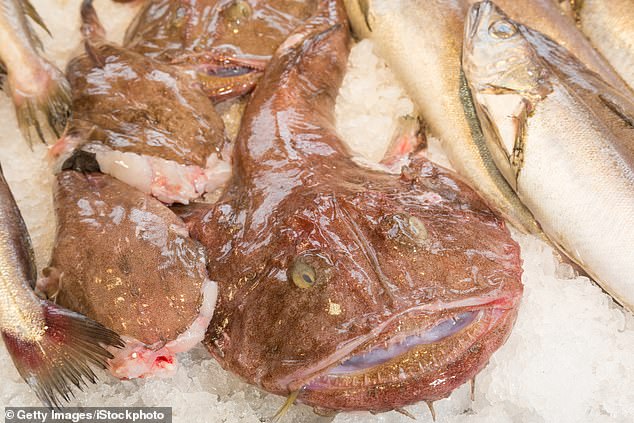 In bid to drum up more UK business in the wake of Brexit, they are now looking at the successful rebrand of the popular monkfish, previously known as anglerfish (pictured), for inspiration 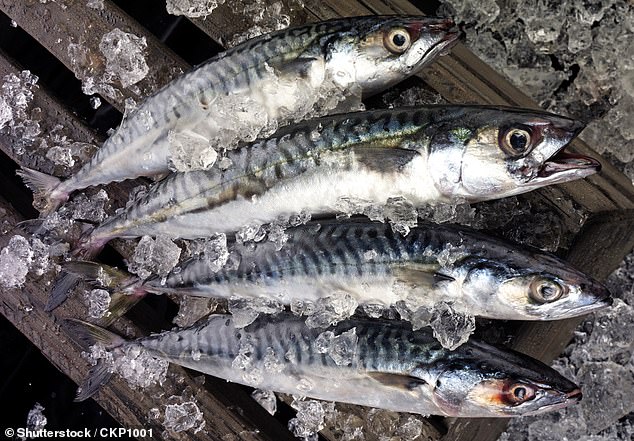 Other fish have also seen successful rebrands, such as the pilchard, now often sold as the Cornish sardine 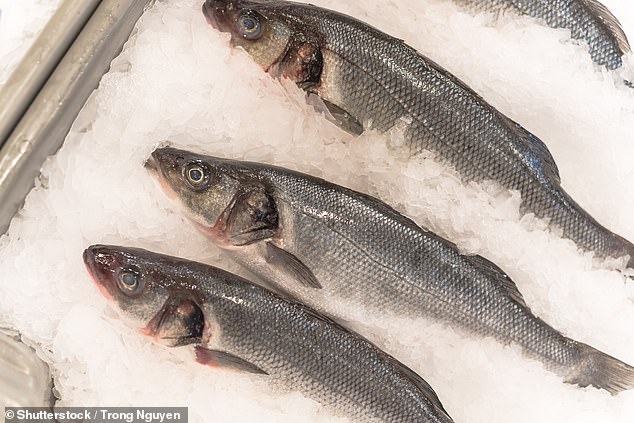 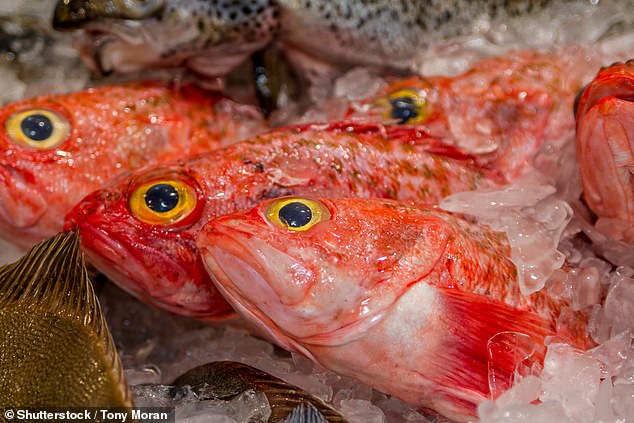 The slimehead has had a couple of rebrands. It is sometimes known as orange roughy or deep sea perch

The spider crab apparently suffers not only because of a potentially off-putting name, but also because of its appearance.

Mr Trebilcock added: ‘It doesn’t look as pretty as brown crab’, the species more commonly eaten in the UK.

Other fish rebrands that have helped to lure in more customers

Usually some 95 per cent of megrim fish and 85 per cent of spider crab caught off Cornwall have been exported to Spain.

But trade has been disrupted this year by the extra paperwork and border checks demanded after Brexit.

Cornish fishing interests are instead looking to local markets.

In hope of an image makeover, the CFPO, after consulting consumers, buyers and restaurateurs.

It is hoped Cornish sole will become just as popular as its more expensive cousin, Dover sole, while the CFPO is also working with chef James Strawbridge to develop recipes for the rather plan-looking fish and for spider crab, The Times said.

The moves are reminiscent of other changes to fish names to make them sound more appealing.

Patagonian toothfish, for example, was changed to become Chilean seabass in the United States and Canada, while pilchards are know sold as Cornish sardines.

The move comes after Cornwall Council earlier this month announced the start of a new fishing facility project in St Ives that will help the local fishing industry combat the collapse of the traditional demand due to the Covid-19 pandemic.

The project has secured £50,000 funding out of the £500,000 advanced funding allocated to the town as part of the Government’s Accelerated Towns Fund.

The funding will enable the building of a new fishing facility on St Ives’ Quay to sell the catch of the day directly to the town’s residents and visitors.

The project will help support an average of 22 fishermen, Cornwall Council say. 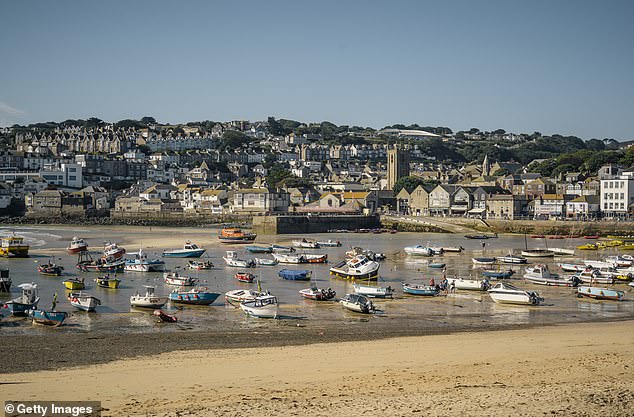 Sarah Stevens, Chair of the St Ives Town Deal Board said: ‘My family has a strong fishing heritage in the town and I am proud to have supported the fishermen with their plans to sell fish directly from the quay and to improve the facilities.

‘It will make their lives easier and have a positive impact on the environment.

This funding enables the St Ives fishing community to continue to grow and develop, building on the growth we have already seen in the harbour over the last ten years.’

Alongside Camborne, Penzance and Truro, St Ives was one of the 100 towns selected across England to receive accelerated funding from the Government’s Towns Fund.

Councillor Tim Dwelly, Cornwall Council Portfolio Holder for Culture, Economy and Planning, said: ‘We’ve been successful in securing £2.5million from the Towns Fund Accelerator programme for new capital projects that will help our communities respond to the immediate challenges facing towns during the Covid-19 pandemic.

‘This initiative in St Ives supports the fishing community who have shown great resilience and forward thinking to safeguard their industry and make this project happen.’