The first cruise ship to sail to Greece since the coronavirus lockdown has docked at the port of Piraeus today after 12 crew members tested positive for Covid-19.

Nobody will be allowed to disembark as testers from Greece’s public health agency board the ship for screening.

The Greek coastguard said on Monday that 12 crew members had tested positive, although TUI Cruises said that they were asymptomatic and follow-up tests came back negative today. 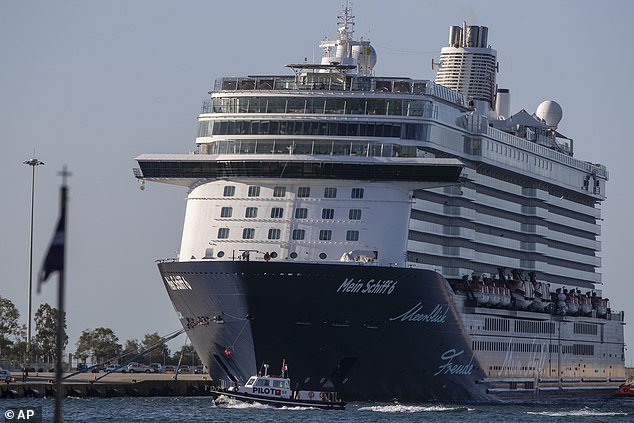 Docked: The German-operated cruise ship Mein Schiff 6 waits at the port of Piraeus on Tuesday morning after 12 crew members tested positive for coronavirus 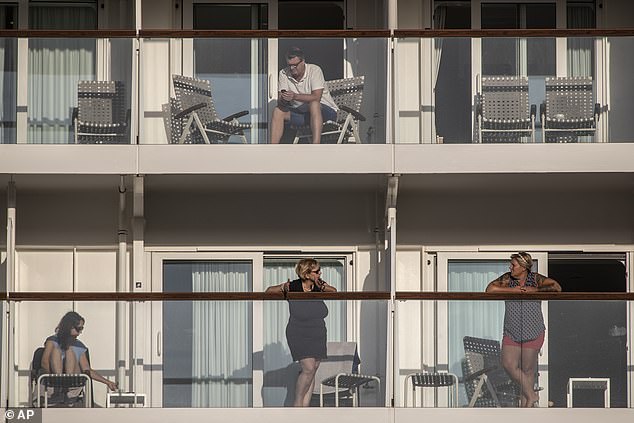 Waiting: Passengers on the TUI cruise ship on the balconies outside their cabins today as Greek health workers board the vessel

The passengers had originally being given a clean bill of health after undergoing tests prior to the voyage, the Greek coastguard said on Monday.

The cruise ship departed from Heraklion in Crete on Sunday with all passengers having tested negative before boarding.

But sample tests on 150 crew members detected 12 infections, and the ship had to return to Piraeus with better access to health services.

The ship halted at the Aegean island of Milos on Monday after the infections were detected, before being rerouted to Piraeus.

TUI Cruises said late on Monday that a second round of tests held on board showed that half of the crew found positive earlier had since tested negative.

On Tuesday morning, a health ministry official said that repeat tests for the rest of the 12 crew members conducted en route to Piraeus were also negative.

Greek health authorities boarded the ship on Tuesday morning and conducted a third test, the official said, adding that results were expected later in the day. 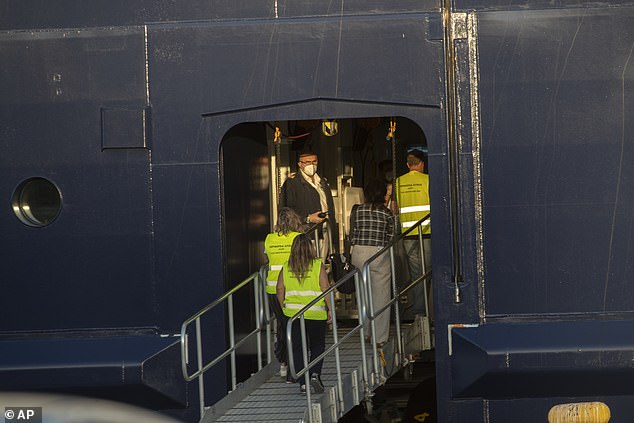 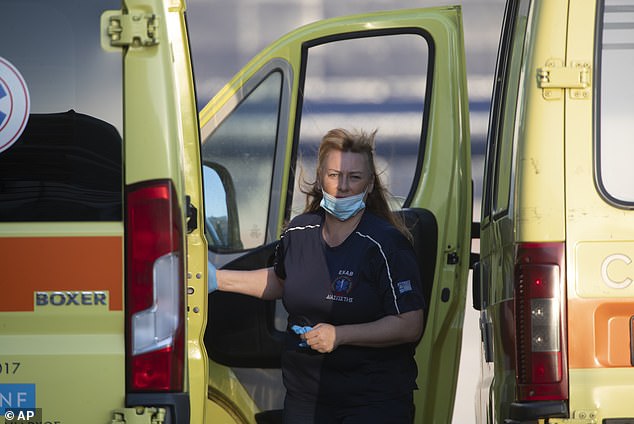 TUI Cruises says the affected crew on the ship have been isolated, adding that all crew members would be tested.

The cruise industry has taken a major hit from the pandemic, with some of the earliest large clusters of Covid-19 occurring aboard cruise ships.

At one stage, the Diamond Princess cruise ship had the world’s largest outbreak outside China while moored off the coast of Japan.

Voyages of large cruise ships only resumed in recent weeks in Greece after they were banned for months.

Greece was one of the first countries to encourage tourists to return after the lockdown but some islands have seen a rise in cases since then.