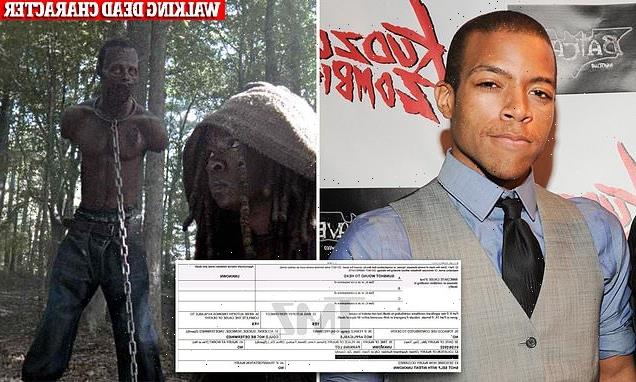 Coroner confirms Walking Dead star Moses J Moseley shot himself dead in his car in Atlanta – but couldn’t say if actor was suicidal or if he pulled trigger accidentally, after family said they feared performer had been murdered

Nearly two months after Walking Dead actor Moses J Moseley was found dead in suburban Atlanta, a coroner has confirmed that he shot himself in the head, but his manner of death could not be determined.

The 31-year-old Moseley, who who appeared on the Walking Dead from 2012 to 2015 playing the armless and jawless Mike, a pet zombie, was discovered unresponsive in his car on January 26 in Stockbridge with a gun in his lap.

Moseley’s family have raised questions about the circumstances of his death, suggesting that he was the victim of a kidnapping and murder, which was then covered up and made to look like a suicide. 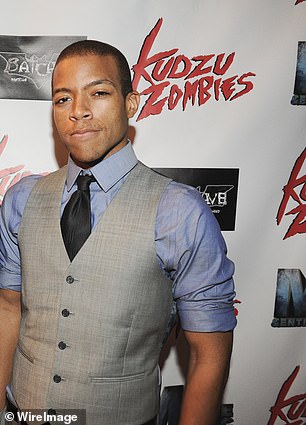 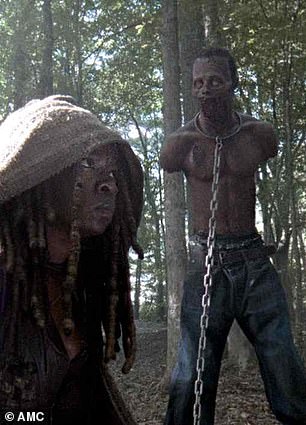 A coroner has confirmed that The Walking Dead actor Moses J Moseley (left) shot himself in the head in January, but his manner of death was undetermined. The 31-year-old played Mike the pet zombie on the his AMC show (right)

Moseley’s death certificate, obtained by TMZ, states that his manner of death, such as accident, suicide or homicide, ‘could not be determined’ 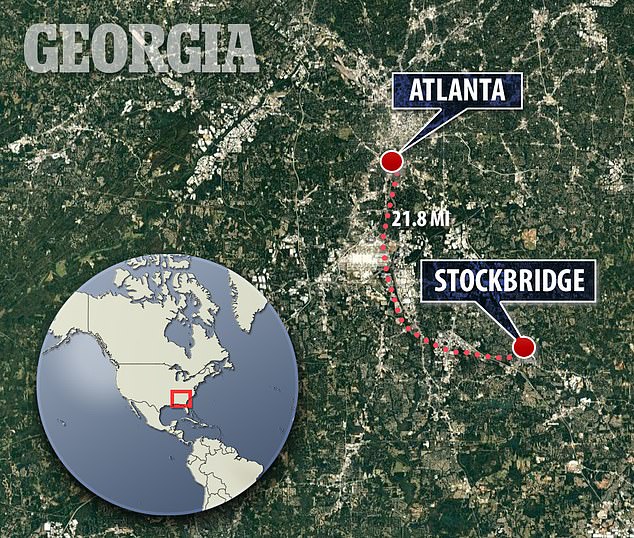 Moseley was found in the Hudson Bridge area of Stockbridge, a city on the outskirts of Atlanta, on January 26

According to a death certificate, which was obtained by TMZ, a coroner has concluded that Moseley ‘shot self with intent unknown.’

Moseley’s immediate cause of death was found to be ‘gunshot wound to head,’ but his manner of death, such as accident, suicide or homicide, ‘could not be determined’ based on the results of his autopsy.

was found dead in his car late last month in Stockbridge, Georgia, a city on the outskirts of Atlanta, with a bullet to the head and a gun on his lap.

The celebrity news site reported that despite the coroner’s findings, Moseley’s relatives are still unconvinced that he took his own life.

Moseley’s sister, Teerea Kimbro, shared with TMZ that the family received this month a touching letter of condolences from President Joe Biden and the First Lady. 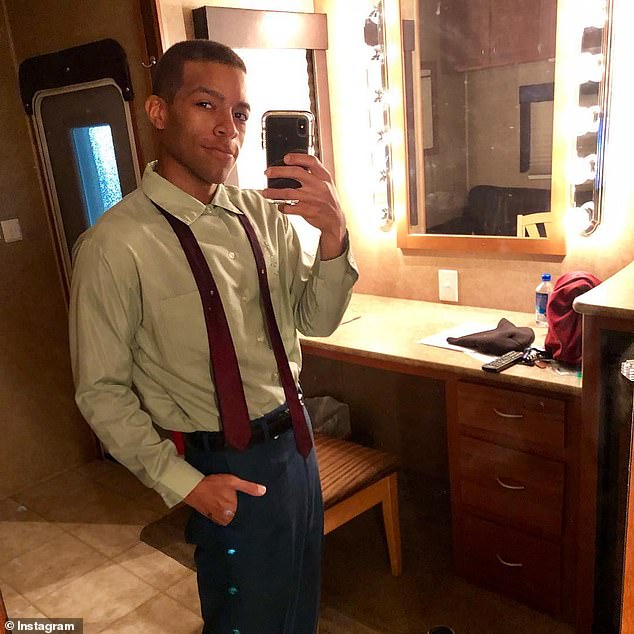 Police suspected suicide, but Moseley’s family members suggested that he may have been kidnapped and murdered 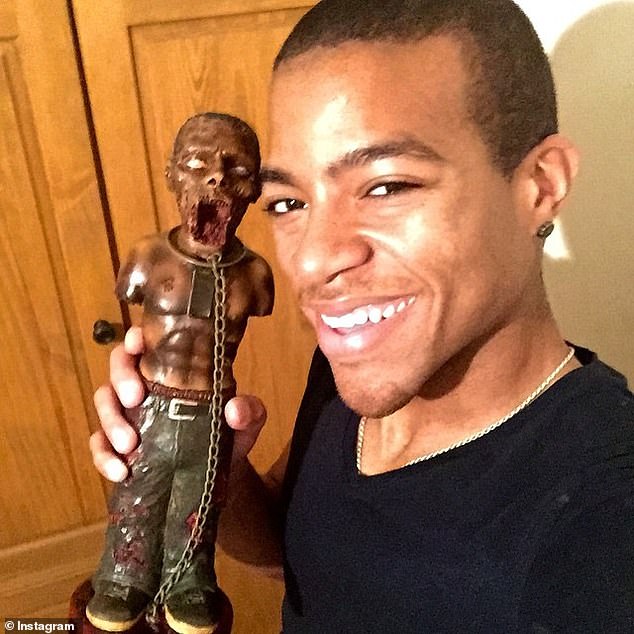 Moseley appeared on the Walking Dead from 2012 to 2015, playing the armless and jawless Mike the pet zombie

The letter, written on a White House stationary and dated March 8, reads: ‘Jill and I are sending you are heartfelt condolences on the passing of your beloved Moses. I know there are few words I can share that will ease the pain of losing a loved one. You are in my thoughts and prayers.

‘Though the grieving process never quite ends, I promise you the day will come when the memory of Moses will bring a smile to your lips before I brings a tear to your eye. My prayer for you is that this day comes sooner rather than later.’

A short time later, the car security company OnStar tracked the actor to a parking lot in Stockbridge, where he was found dead from a self-inflicted gunshot wound to the head.

Police suspected that Moseley took his own life, but his sister said the actor loved life and that he would never kill himself. 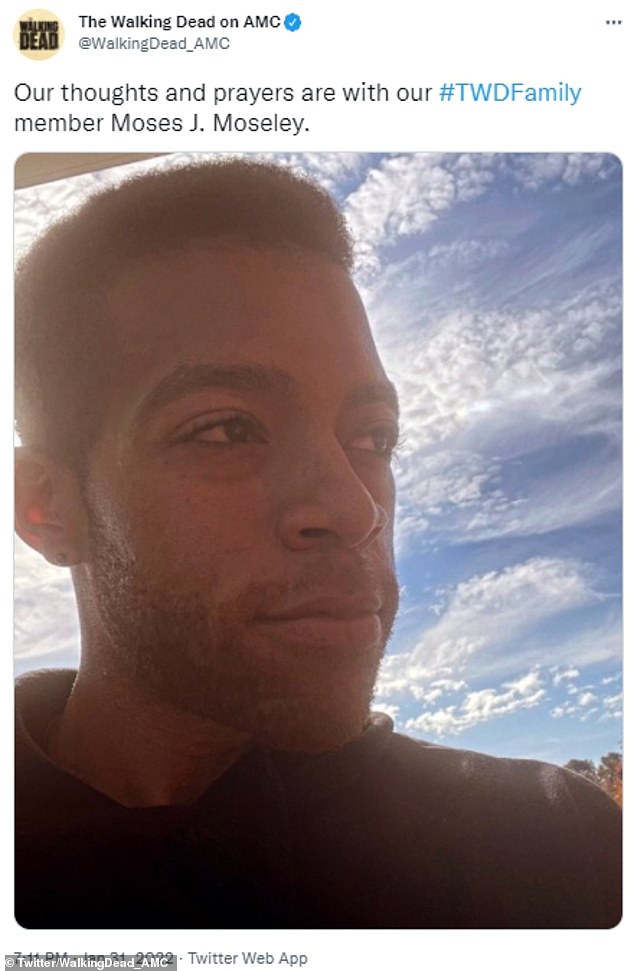 AMC mourned Moseley’s death in a tweet in late January

Other family members raised the possibility that he may have been kidnapped and murdered, based on the location of blood splatter, the way the bullet entered his eye but did not exit his skull, as well as his loose grip on the gun.

In a chilling coincidence, the actor had just wrapped a movie in which he played a man who died in a tragic accident. His sister said that he was happy with where his career was heading, and that they had big plans for the future.

‘During the preliminary investigation, the potential of the death being a suicide was considered while not ruling out any other possibilities,’ Captain Randy Lee of the Stockbridge Police Department previously told TMZ.

‘As investigators progressed their investigation and more evidence was processed, reviewed and analyzed, other possibilities have presented themselves including accidental.’

Moseley’s professional credits date back to 2009, according to IMDb. He appeared in the films Joyful Noise, starring Queen Latifah and Dolly Parton, and The Internship, starring Vince Vaughn and Owen Wilson.

In August 2012, he appeared in character on the cover of Entertainment Weekly alongside actress Danai Gurira.