Fury as council spends £1million on a £100-a-week traveller site which has NEVER been used – as residents blast two acre ex-landfill plot with CCTV, laundry and washing facilities an ‘absolute joke’

Furious Wolverhampton residents have blasted council bosses for wasting almost £1million on a traveller site which has never been used.

Taxpayers’ picked up the bill for the controversial site, a Negotiated Stopping Point (NSP), which can hold 13 caravans plus vehicles.

The two-acre former landfill site in Gorsebrook Road was developed by Wolverhampton City Council into a transit site for travellers. 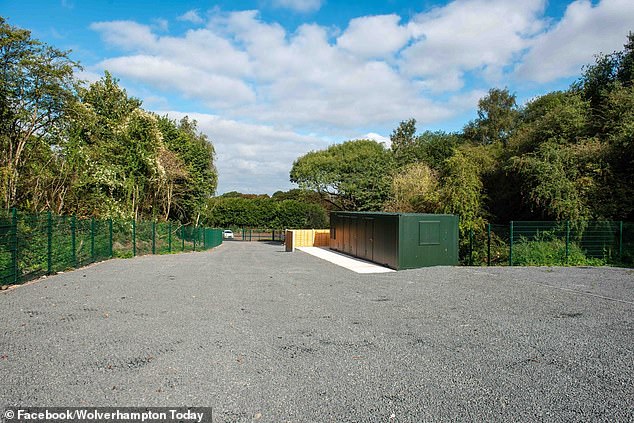 The site – equipped with laundry and washing facilities, perimeter fencing surrounding the area and CCTV monitoring – was designed to temporarily house travellers who had been evicted from illegal camps.

Bosses from councils across the UK insist transit sites provide long-term savings as they drastically reduce clean up costs.

Wolverhampton council said that clean up costs have previously been around £300,000 each year.

Once they left they were not permitted to return to the city for 12 months.

However, despite being opened last September, the site has not been used by a single person.

Residents have reacted with fury and accused council chiefs of ‘going soft’ on travellers after another group invaded a park three miles away last month.

‘Not only does the council spent nearly £1 million of our money on a site to help illegal travellers, no one even uses it.

‘Your average illegal traveller isn’t exactly going to be willing to cough up hundreds of pounds when there’s a park down the road where they can pitch up for free.

‘Yet again the council have gone soft on travellers who invade our parks and open spaces at the expense of law-abiding citizens. It’s disgusting.’

Mum-of-three Debra Craig, 40, added: ‘Building a site where you are asking travellers to pay hundreds of pounds was always a crackers idea to me.

‘The fact the site hasn’t even been used just makes the council look like a laughing stock.

‘The people who illegally set up camps shouldn’t be given help to plan their next illegal move, they should be prosecuted.’ 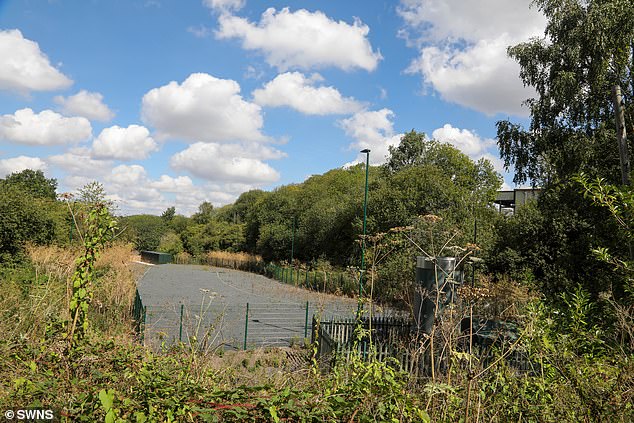 Travellers staying at the site are permitted to stay for up to 14 days at a cost of £100 per week, plus a £250 deposit. However, despite being opened last September, the site has not been used by a single person

He said: ‘The creation of our NSP in Gorsebrook Road gives members of those encampments a choice when they come to the city.

‘While it has not yet been used, it is an option we have to deter unauthorised encampments.

‘Should anyone coming into the city choose not to stay at the NSP and instead decide to set up an unauthorised encampment, then council officers will take the appropriate actions.’

‘It cost an awful lot and looks like a total waste of money.’

Another transit site in neighbouring town Smethwick opened in 2017 and cost £200,000 but has been used just once in the past year for 12 days.