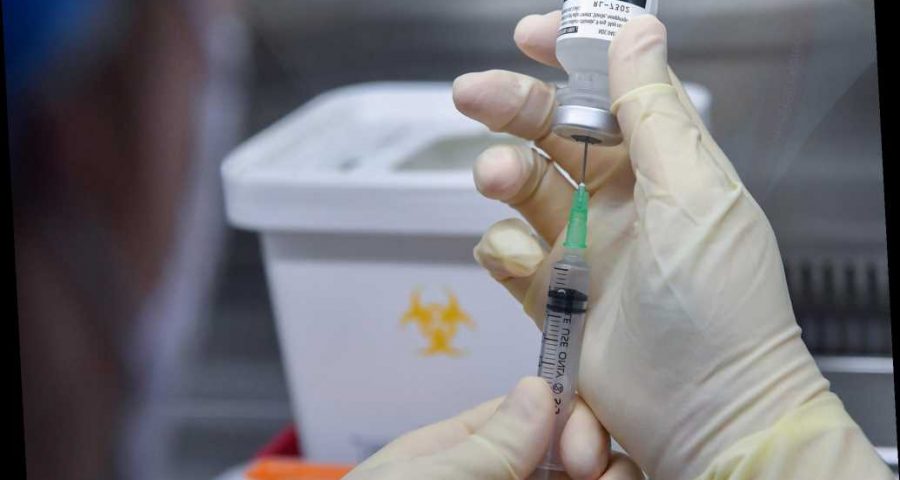 Fauci warns against comparing J&J vaccine to others: ‘Just be grateful’

It’s a real shot in the arm.

With Johnson and Johnson’s COVID-19 vaccines set to ship out to states soon, Pfizer and Moderna are also dramatically ramping up production in the weeks to come.

The news comes as the number of shots making their way into arms across the US are already rising — with a high of 2.4 million doses reported on Saturday, according to Bloomberg’s vaccine tracker.

The one-day record is a steep increase from the week’s daily average of 1.65 million doses per day. 73 million Americans have now received at least one dose of a vaccine.

“Significant” investments in Pfizer’s US manufacturing sites is expected to increase the company’s domestic shipments from 4 million to 5 million doses a week to more than 13 million, chief business officer John Young said in written statement to the House’s energy and commerce subcommittee.

“And, we anticipate all 300 million contracted doses will be made available for shipment by the end of July, enabling the vaccination of up to 150 million Americans.”

The company had shipped 40 million doses as of Feb. 17, Young said.

Meanwhile, Moderna president Stephen Hoge said his company is on track to double its deliveries by April.

“We have doubled our monthly deliveries since late 2020, and we are aiming to double them again by April to more than 40 million doses per month,” Hoge stated in a prepared statement to the virtual hearing.

Johnson & Johnson, which was granted emergency approval Saturday, has around 4 million doses of its single dose vaccine ready to roll out.

But the company said it is also ramping up production, with 20 million shots exepcted to be shipped by the end of March, and 100 million by the end of June.

“We are working with urgency, in collaboration with the government and others, to
continue to increase production significantly throughout the year,” company vice president Richard Nettles told lawmakers.

In New York, 13 percent of the state’s population has gotten at least one shot, and 7 percent are fully inoculated.

Under the current rates, it would take eight months to vaccinate 75 percent of the population, according to Bloomberg’s projection.

However, ramped up vaccine production and expanded phases of distribution are expected to speed up that benchmark.

President Biden has pledged that a vaccine will be available for every American who wants it “by the end of July.”