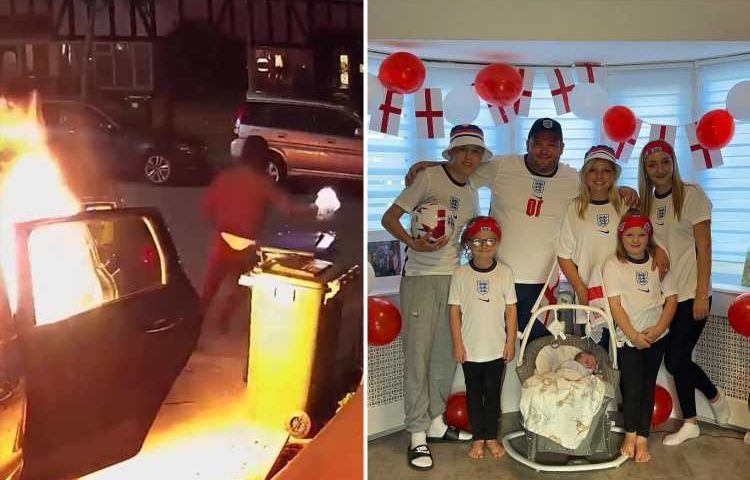 A TIKTOK family relived the terrifying moment they were trapped in their burning house after a suspected arson attack.

The Smithy Family struggled to escape after flames erupted when a fire started in their car by thugs spread to their South London home. 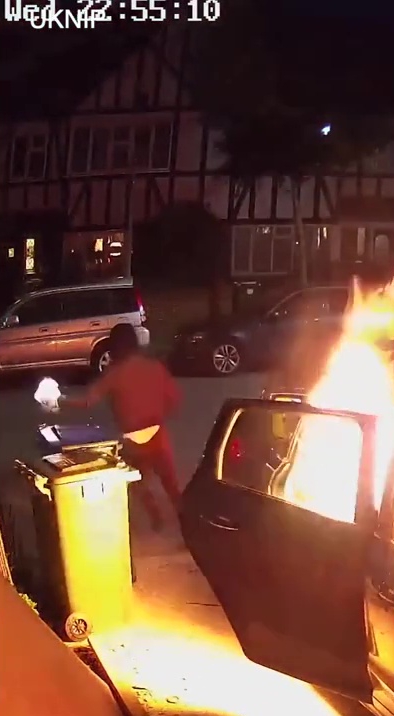 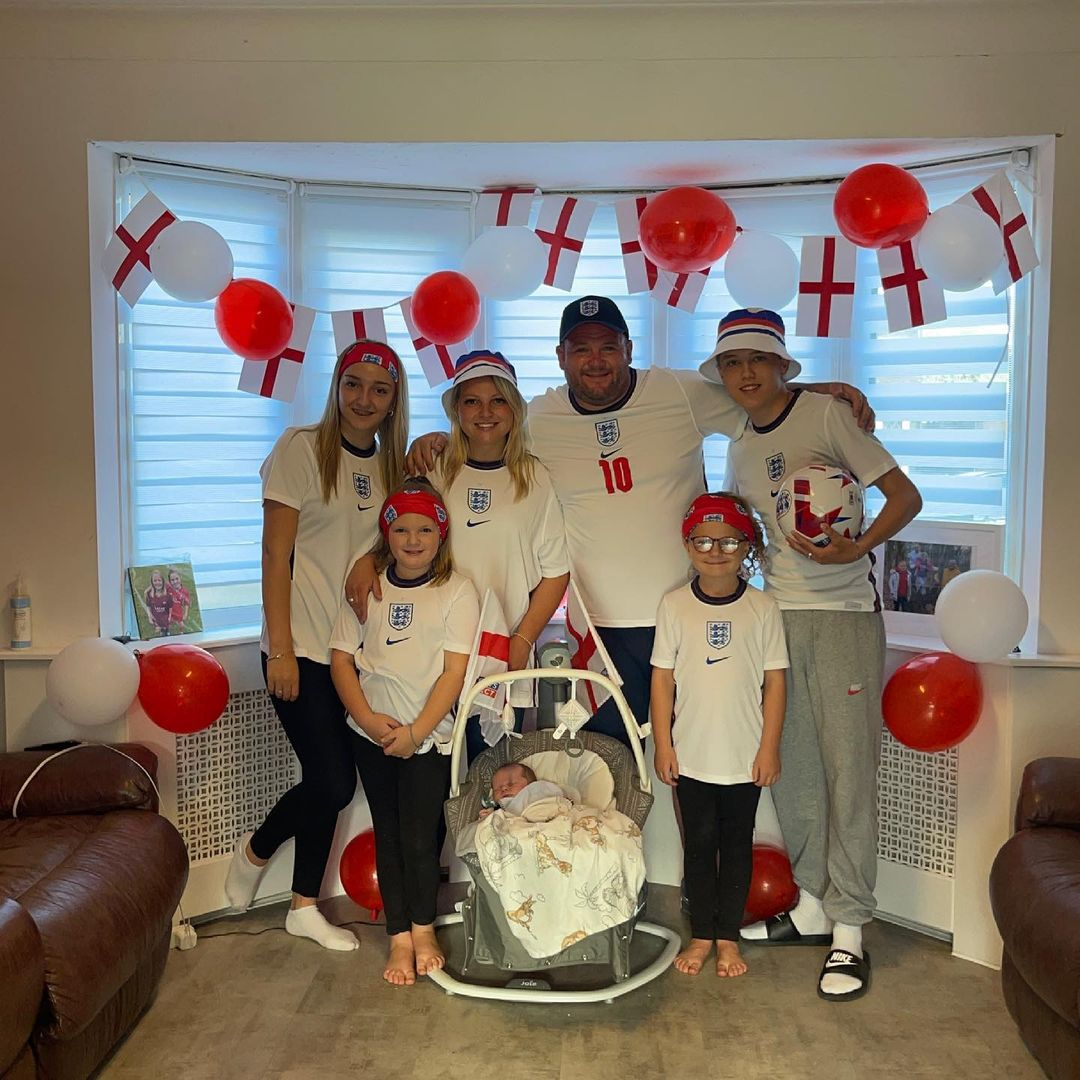 Dad Nick and mum Jess had to grab their two young daughters Amelia, 6, and Isabella, 9, and their newborn baby boy during the horror.

Thankfully all seven people inside managed to escape with no injuries but their home has been gutted.

Reliving the dramatic escape, Nick told The Sun: "I have a six-week-old baby, and my two daughters, and my kid and my partner’s kid brother, all living with us.

"We couldn’t even get out the front door, it was just ablaze so quickly, it was such a panic, I was trying to keep everyone calm."

Chilling footage released by the family shows the moment two yobs fire to the family's Ford Mondeo on the driveway just before 11pm on Wednesday.

Nick, whose family could be heard screaming as the car erupts in a fireball, said the cowardly attackers were armed with a "milk bottle full of accelerant".

It came after he revealed how their soaring popularity has led to attacks after their address was leaked online.

Escorts and dozens of unwanted takeaways were sent to the house by pranksters and stones chucked at the window where his newborn son was sitting.

The family, who have 2.8million followers on TikTok, now say they won't be able to return to the family home following the blaze.

Nick told The Sun: "Basically over the last two months we’ve been under attack from people on social media, and we’ve had our address leaked.

"It’s heartbreaking, we’ve spent the last five months doing our house up and spent every penny we have, and its all been taken away in one act.

“It’s devastating, we know that no matter what happens now we can’t come back to this house, even if it is fixed, because too many people know the address and know where we live.

"It’s a sad fact that when you gain a following you gain a negativity with it.

“Every good thing we do we get something negative back, and its at the point now where we’re thinking we’ve got to stop.”

Nick and his partner Jess found fame after sharing videos with their kids Jack, Amelia, Isabella and Teddy.

The dad even managed to give up work as a builder to become a full time TikTok star earlier this year.

But he now fears he will have to give up filming and return to the "miserable" him.

He today wiped away tears as he vowed to "rise up" for his family while standing on the charred floor in his home.

Nick also said any money offered to the family, who often help out charities as well as pranking each other, will be donated to charity.

The cause of the fire is now being investigated and there have been no arrests.

A LFB spokesperson said: "We were called to reports of a car alight that had spread up the outside of the house.

"There were a number of mobility scooters parked outside which had caught alight and were producing a large amount of smoke and flames.

"Everyone was out of the building before we arrived, and crews worked incredibly hard to prevent further damage to the inside of the property and to neighbouring properties." 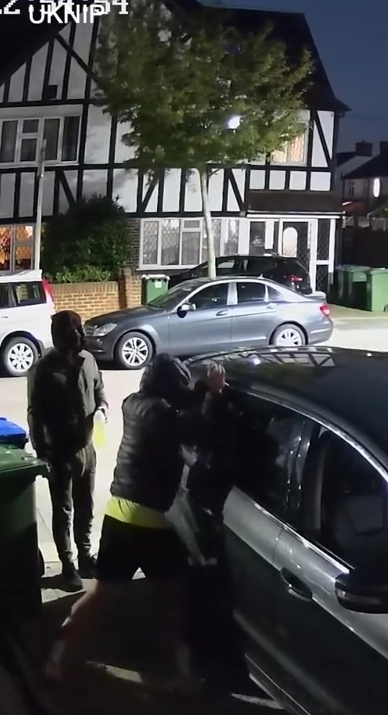 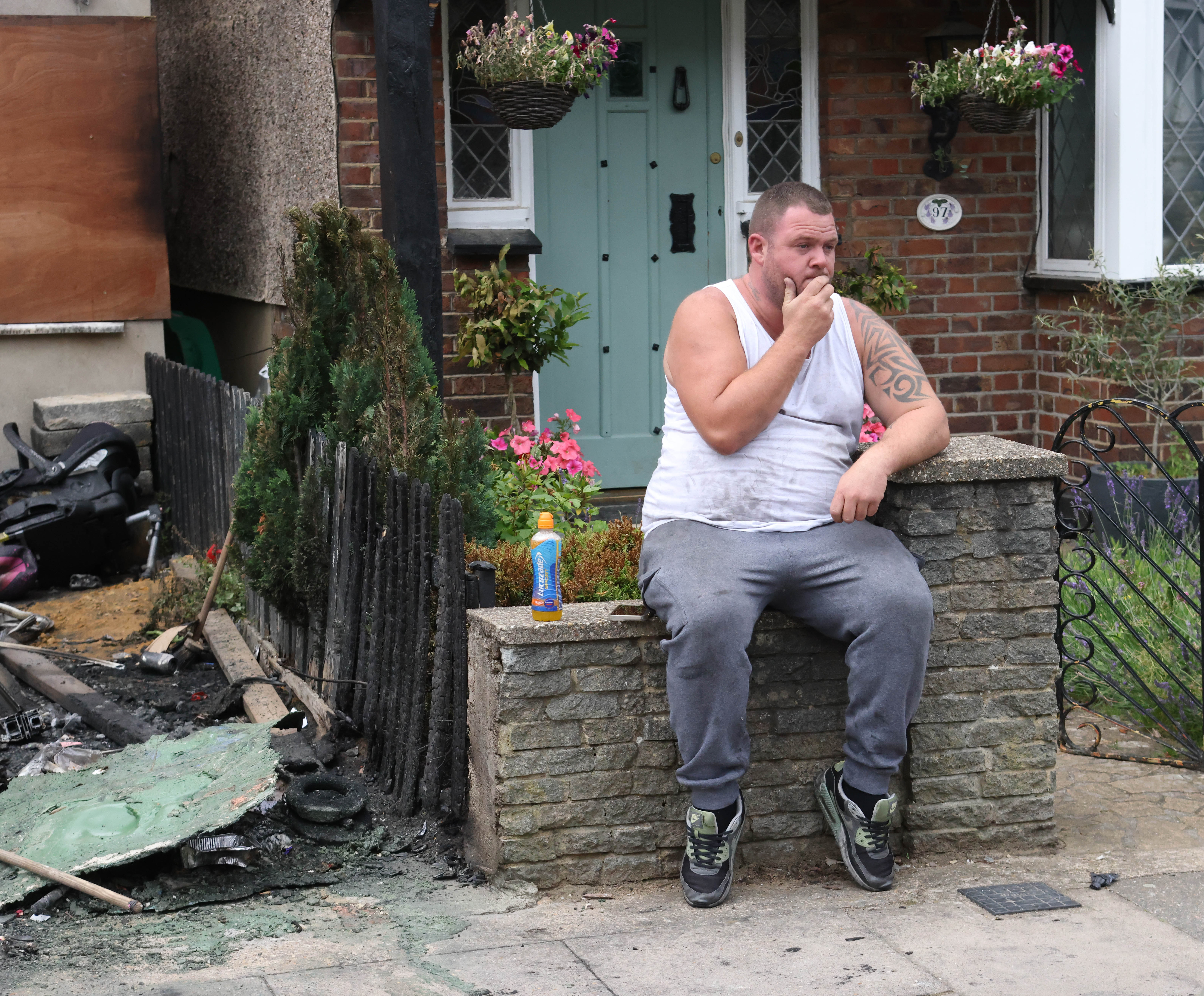 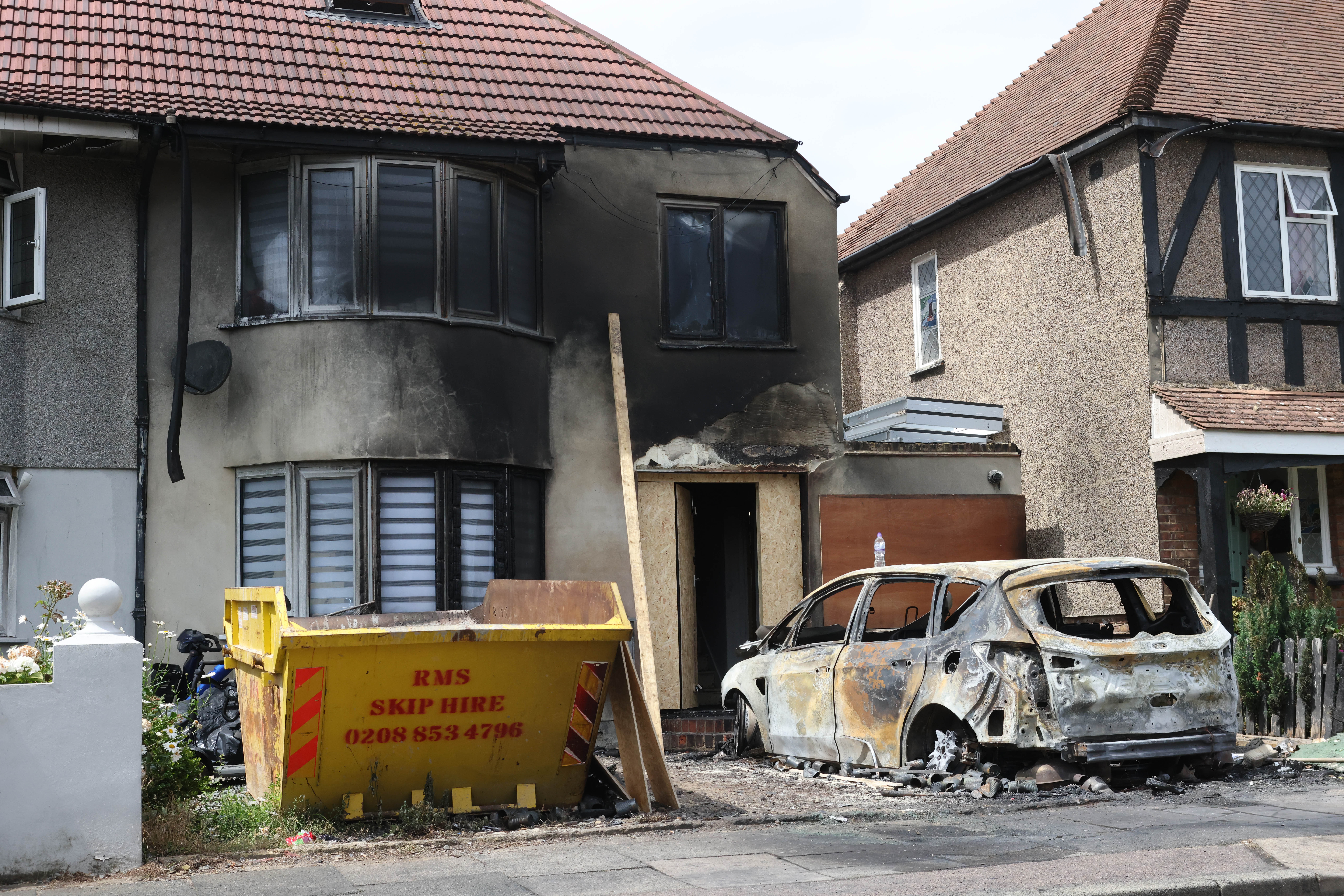