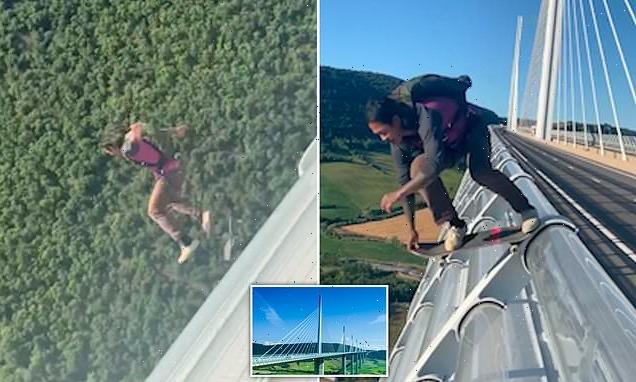 ‘Truly terrifying!’ Daredevil SKATEBOARDS off the world’s tallest bridge and plunges 900ft in daring base jump

A French thrill-seeker captured the moment he rode a skateboard off the world’s tallest bridge.

The daredevil, Jumaidee Elias, was joined by friends as he hopped on his board and rode down a rail on the Millau Viaduct, in southern France, before plunging off.

‘I did my first skate base the other day,’ Elias wrote on Instagram. ‘Truly terrifying, but it worked!’

In the clip, recorded on July 5, Elias can be seen talking in French with a friend as he readies his skateboard along the side of the bridge.

As the cameraman tells says, ‘Let’s go!,’ Elias begins to balance himself on his board and steels himself for the ride.

The skateboarding only for about a second until Elias hits the edge and falls 900ft below.

Then he opens his parachute and glides down to the valley below.

Daredevil Jumaidee Elias lined up his skateboard along a rail on France’s Millau Viaduct, the world’s tallest bridge, and as his cameraman yelled ‘Let’s go,’ he rode off 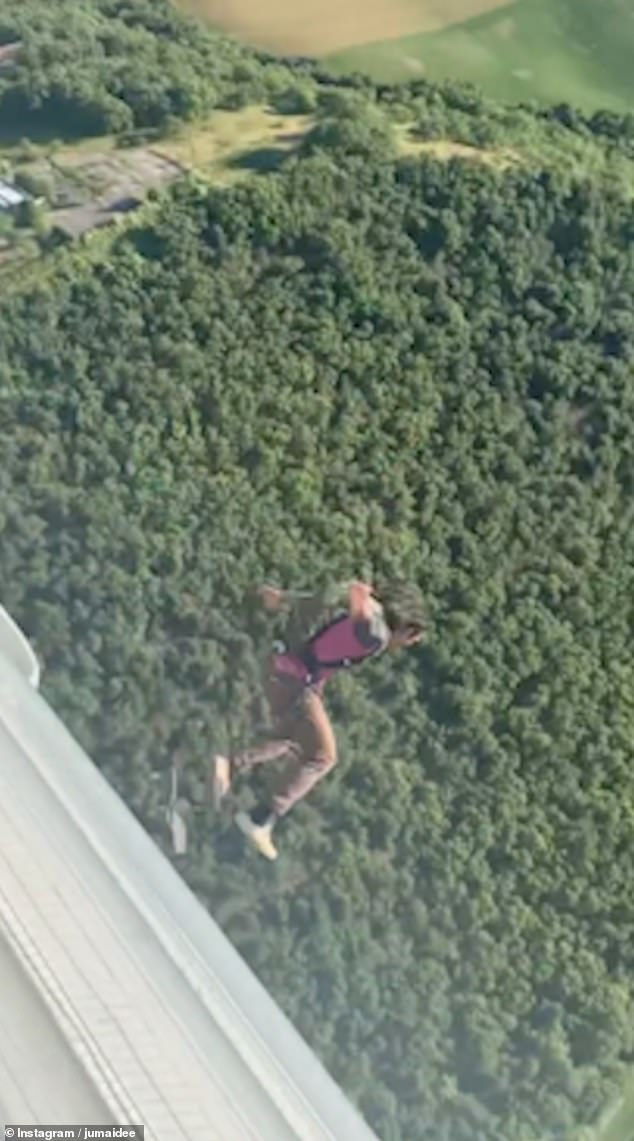 The stunt comes less than a month after Elias completed a bungee jump skydive at the bridge, where he bungee jumped with a friend and then released himself from the cord to fulfill the base jump, complete with flips and a parachute landing.

On Instagram, Elias, a tattoo artist, explains that bungee jumping has become a great hobby for him and his friends during the pandemic lockdowns.

‘With all the seriousness in life, don’t forget to have fun friends,’ Elias said. 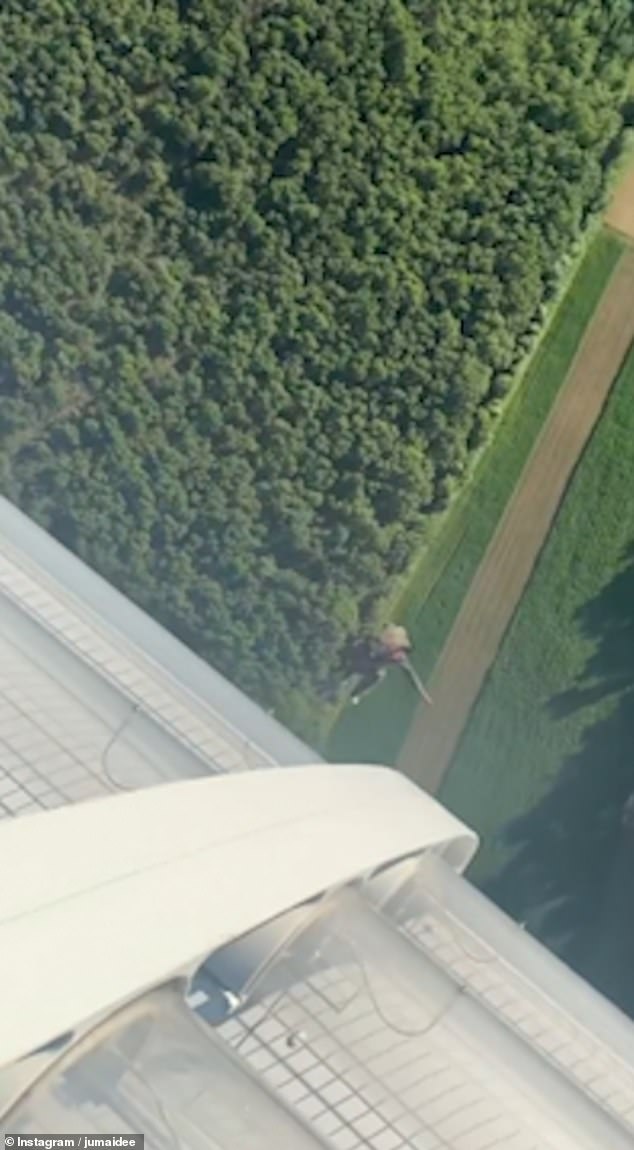 This was Elias’s second jump off the bridge. As he enjoyed his second fall, before his parachute set off, the camera man could only say, ‘Cool,’ as he watched Elias’s stunt.

The Millau Viaduct is the world’s tallest bridge – and even stands 62ft higher than the Eiffel Tower.

It spans the Tarn river valley in the Massif Central near the town of Millau.

Its deck height is 890ft with the masts adding another 280ft – making its highest point more than 1,100ft from the bottom of the valley. 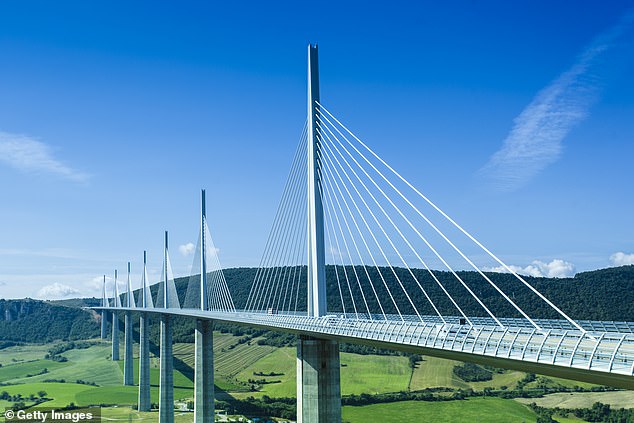 The Millau Viaduct, located in southern France, stands as the world’s tallest bridge – and even stands 62ft higher than the Eiffel Tower.

The viaduct forms part of the A75 to A71 autoroute between Paris, Beziers, and Montpellier.

The bridge cost nearly €310million to build and officially opened for business in 2004.