A daughter has been left horrified after discovering her beloved father’s grave had been dug up on Christmas Day.

Tina Sutcliffe found a 3ft deep hole where her father Eric Richards is buried, at St Helen’s Church in Pinxton, on the Nottinghamshire-Derbyshire border.

Though his coffin had not been disturbed, Ms Sutcliffe was left horrified by the desecration.

She has now launched a social media appeal to find the ‘evil evil b******’ behind the hole.

In a social media appeal, seen by the Sun, she said: ‘How could another human do this? I’m angry, upset.’ 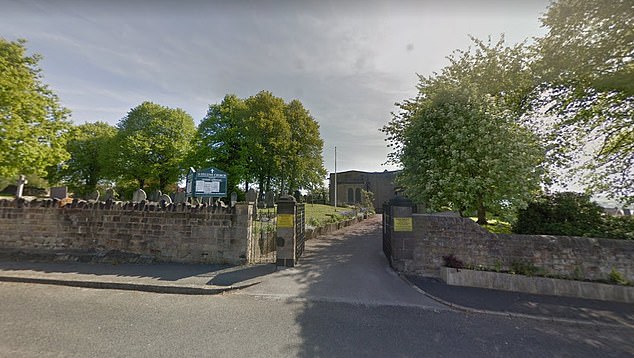 Tina Sutcliffe found a three foot deep hole where her father Eric Richards is buried, in the graveyard of St Helen’s Church (pictured) in Pinxton, Derbyshire

Others have also backed up her outrage, including friend Jason Ward, who said: ‘Absolutely heartbreaking, I feel so much for you Tina Sutcliffe, you and the family.

‘Pinxton is a place I proudly call home but this isn’t home!!

‘This is a inhumane act and how anybody could do such a thing is beyond me.

‘I really hope whoever did this is found and gets what is coming to them.’

Animals or an error by gravediggers have not been ruled out, according to the Sun.

A spokesperson for Derbyshire Police said: ‘Officers are appealing for information after a grave was disturbed in Pinxton. 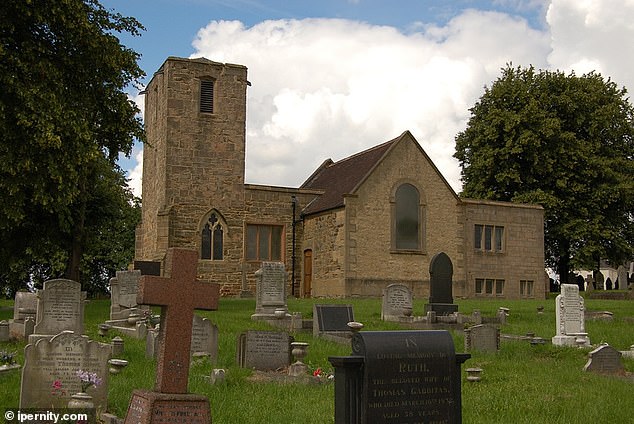 Animals or an error by gravediggers have not been ruled out, according to the Sun. Police are investigating. Pictured: A library image of St Helen’s Church in Pinxton

‘A hole had been dug at the site of a grave, however, the coffin had not been touched.

‘Officers are appealing for anyone with information to get in touch – of particular interest is anyone who was in the area between the times listed above and may have any information that can assist with the investigation.

‘Anyone with information is asked to contact Derbyshire police using any of the below methods, including reference 20*679720.’