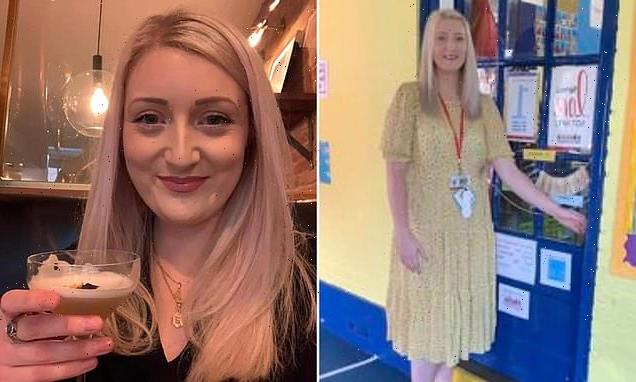 Death of ‘generous and thoughtful’ primary school teacher, 29, who hanged herself as she secretly battled grief over death of her mother, was NOT suicide, coroner rules

An ‘exemplary’ primary school teacher who was found dead after grieving the death of her mother died as a ‘consequence of misadventure’ not suicide, a coroner has ruled.

Emma Wilkson, 29, from Stockport, Greater Manchester, left a note and drank a large quantity of wine before hanging herself in what was described as ‘a bolt out of the blue’.

Following the loss of her mother in March 2019, Ms Wilkson was ‘upset’ and changed her mobile screen to a keepsake picture of her – but it is thought she hid the full extent of her grief from her family, friends and work colleagues. 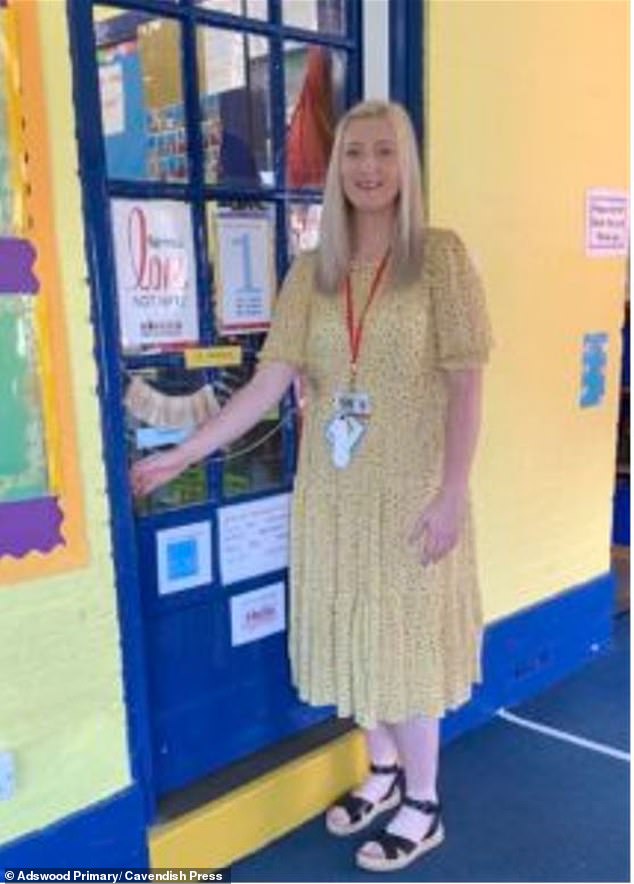 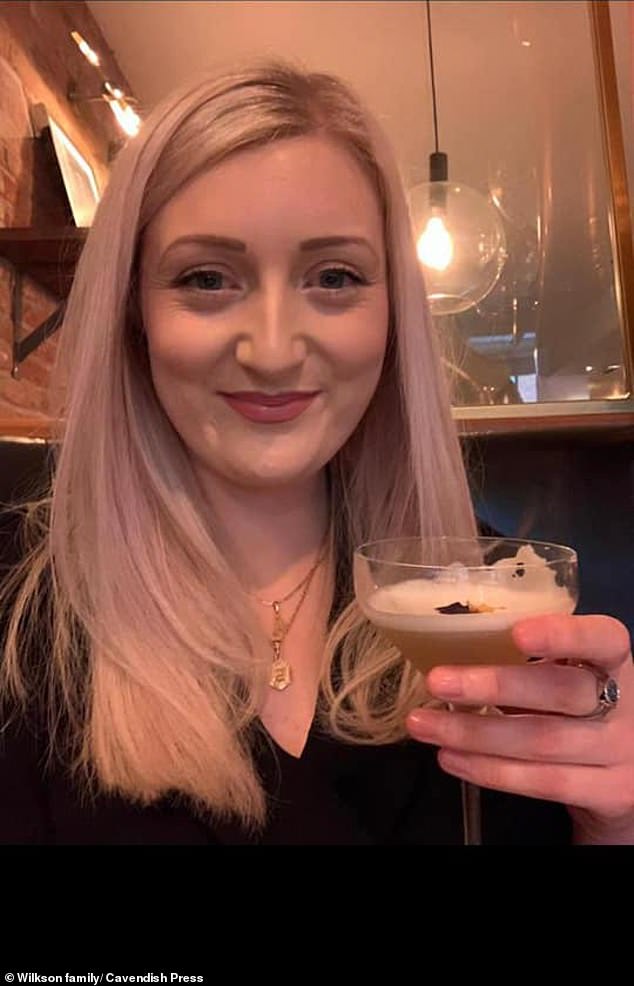 On the second anniversary of her mother’s death, Ms Wilkson visited her brother Matthew at the family home and was seen standing outside on her own for a ‘while’.

Tragically, the next day on March 28 2021, a friend found Emma dead, with a note she had written.

This week a coroner ruled she had carried out the act herself but stopped short of concluding her death was due to suicide because of the amount of alcohol she had consumed.

Her father, Christopher Wilkson, admitted that three months before her death, a relationship she was in ‘ended’ and she ‘lived on her own’.

He said: ‘For many years she didn’t have much contact with her mum who passed away in March 2019. She went to college and went on to university to study teaching then became a teacher at Adswood Primary.

‘It was a school in a deprived area and it was difficult to manage some of the children but she was passionate about teaching.

‘A relationship she was in ended a few months before her death and she lived on her own – but took great pride in her home. Around the time of her mother’s death she was upset and she thought about her by changing her mobile phone’s home screen.

Following the loss of her mother in March 2019, Ms Wilkson (above) was ‘upset’ and changed her mobile screen to a keepsake picture of her – but it is thought she hid the full extent of her grief from her family, friends and work colleagues 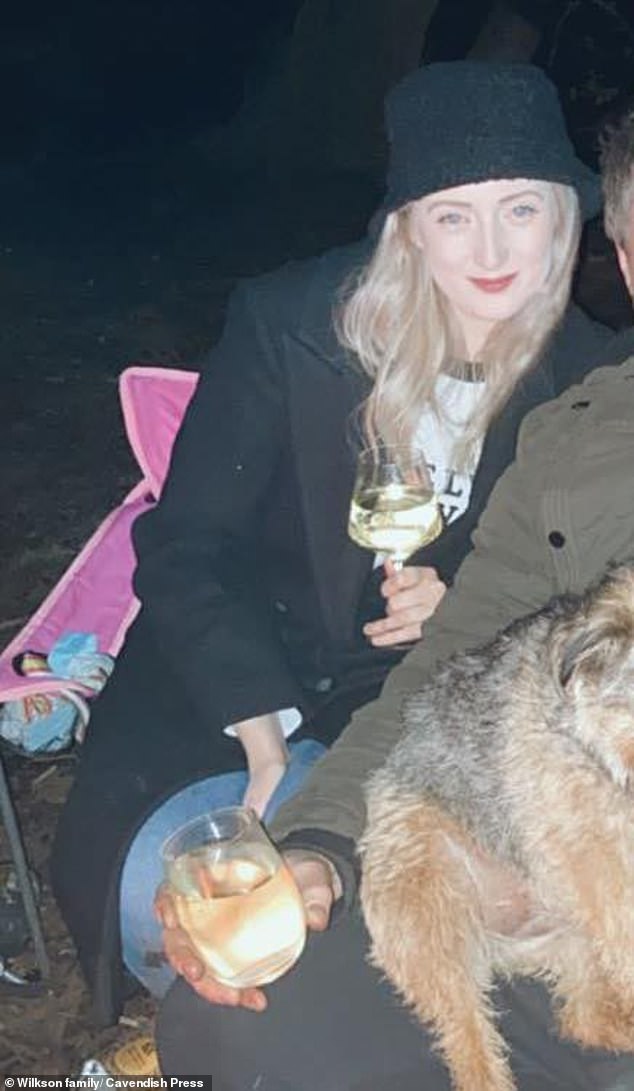 ‘I became aware on 27 March 2021 she had gone around to her brother Matthew’s house. It was the second anniversary of her mother’s passing and she went to the family house where she lived and stood outside for a while.

‘On 28 March, a friend of Emma found her dead. It was a bolt out of the blue. We were shown a note she had left. I’m not aware of her trying to take her own life in the past. If we had known she needed anymore support, we would have given her anything she needed.

‘She was a generous and thoughtful individual. She will be forever missed and always in our hearts.’

The hearing was told Miss Wilkson, of High Lane, Stockport, Greater Manchester had taught at Adswood Primary School where she was said to be an ‘exemplary teacher.’

Michelle Smart, headmistress at Adswood Primary told the Stockport inquest: ‘Emma started teaching here on January 1 2018. She was teaching a Year 1 class, it was her first teaching position and there were no issues raised by her.

‘She had an episode of bereavement following her mother’s death but there were no concerns noted by the school for her health. She seemed upbeat about her teaching and she was ready for the Easter break.

‘She made a huge contribution to the lives of the children. Emma was an exemplary teacher, she had a warm, calm, nurturing presence and the children adored her. She would have children happy and motivated within seconds. She simply shone each day.

‘The relationships she formed with the pupils and staff were excellent. In Nov 2019, Ofsted were blown away by her teaching. She was extremely organised.

‘Dressing up as a crayon on Zoom calls during lockdown came naturally to her. All those that knew her well always held her in high in regard. Her laugh was contagious and distinctive. She was an upbeat, kind and loyal colleague. Emma will always be part of our school team. Our Sunshine Garden is going to be in memory of Emma.’

Tests showed Miss Wilkson had a high level of alcohol in her system along with paracetamol and codeine. 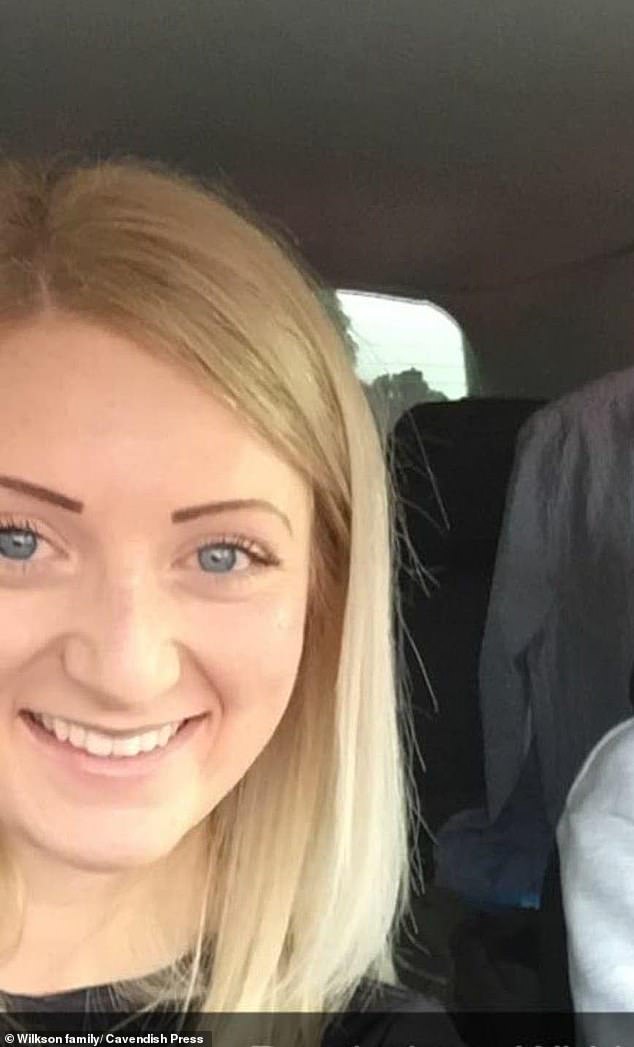 On the second anniversary of her mother’s death, Ms Wilkson visited her brother Matthew at the family home and was seen standing outside on her own for a ‘while’ 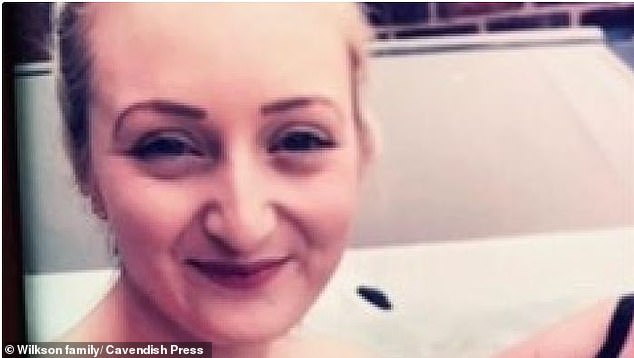 Police coroner’s officer Andrew Stevenson said: ‘Police were notified on 28 March 2021 by a friend of Emma’s who had gone around to her address following a WhatsApp group message she received from Emma alluding to her death. The message was sent at 4am sometime after arriving back from her brother’s house.

‘The address was immaculately kept and there was a note of intent on the kitchen top. There was evidence of some medication around the kitchen work top next to the note involving Lemsips, Ibuprofen, paracetamol and codeine. All the packets were empty and there was a bottle of alcohol empty on the floor near to Emma. The note was quite difficult to read.

‘Emma’s friend said she had known her a long time and from her perspective, there was never any indication she planned to do this. It was something out of the blue for this close friend. There was nothing in Emma’s demeanour that would allude to what happened.’

Chris Morris told Emma’s family: ‘This is a tragic case of a much loved and well respected young woman.

‘She was clearly a vibrant and talented individual and held in high regard by her friends and family but was also an exceptionally gifted teacher.

‘Emma tragically died on 28 March 2021 and it was a bolt from the blue for her family and friends. Emma was not really known to any mental health agencies and her GP was not consulted with her about any low mood.

‘She had worries and difficulties in her life like every one of us does. She was also troubled coming up to the anniversary of her mother’s death – but it was nothing out of the ordinary. There were no suspicious circumstances around her death. I am satisfied she performed the act herself. The WhatsApp messages referred to songs to be played at her funeral.

‘But her blood levels showed significant intoxication and I cannot find she intended to bring about her own death. It was an impulsive act whilst under the influence of alcohol. Emma tragically died as a consequence of misadventure. She was a truly exceptional person who’s loss is felt widely. I am sorry for your loss.’

If you or someone you know needs help, call Samaritans free on 116123