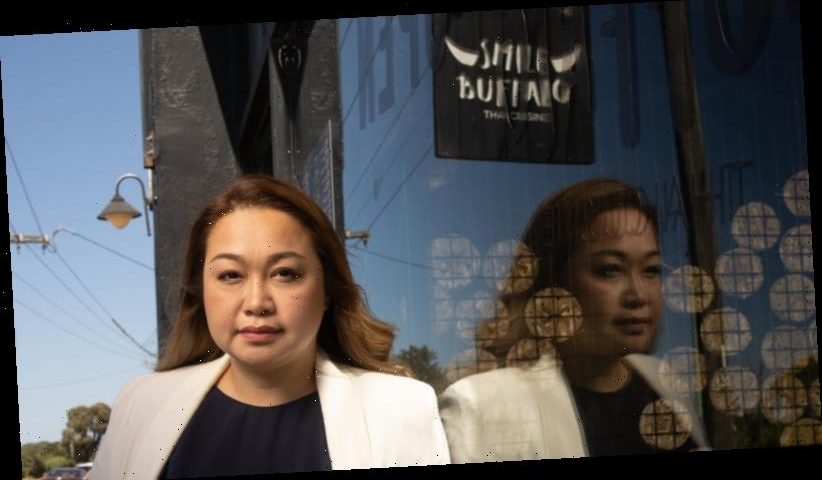 Business owners who unwittingly found themselves at the centre of a coronavirus cluster copped abuse, financial pain and brand damage and are now working extra hard to reassure customers they are COVID-safe.

The past year has been devastating for many small businesses, but the Smile Buffalo Thai restaurant, the Chadstone Butchers Club and others have had to deal with a mountain of extra and unexpected challenges. 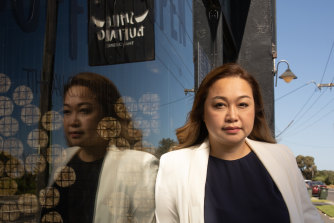 But the first thing that springs to the minds of many Victorians is an ill-fated dinner that sparked a coronavirus cluster at the Black Rock restaurant.

“It was just bad luck,” Ms Kingtada said. “It could have happened anywhere, but it happened here.”

Ms Kingtada first became aware that an infectious diner from NSW had eaten at her restaurant when she turned on the news on the morning of New Year’s Eve. 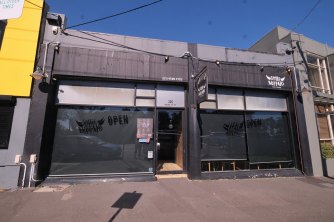 “I know I have done nothing wrong. I care about our loyal customers, if they understand, that is all that matters,” she said.

Peter Robinson, the director of The Butcher Club chain, can relate.

His business found itself in the headlines in October after a cleaner who failed to self-isolate unknowingly infected staff and customers at the Chadstone butcher. 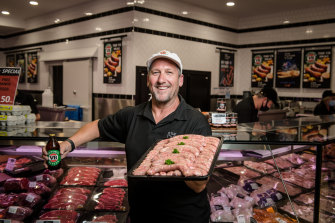 The Butcher Club director Peter Robinson with a tray of VB snags.Credit:Eugene Hyland

Six of the store’s 10 employees contracted COVID-19, including the manager who was rushed to hospital, spent months in rehabilitation and recently resigned because he was no longer able to work full-time. Other infected employees went into isolation but never experienced any symptoms.

Mr Robinson said his business still hadn’t recovered from the outbreak, with sales down around 30 per cent as nervous shoppers steer clear of the shopping centre. 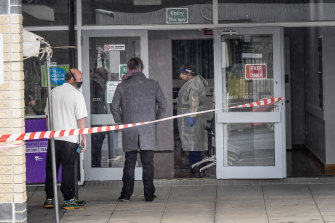 A pop-up testing clinic in Kilmore that sprung up following the Oddfellows cafe outbreakCredit:Justin McManus

After working tirelessly to keep her cafe open throughout the pandemic, Kilmore business owner Kim Short was devastated to discover in October that an infected customer had dined at her venue.

The Melbourne man, who was linked to the Butcher Club outbreak, had been granted an exemption to travel to regional Victoria to care for a family member. But he breached COVID-19 restrictions by dining at the Oddfellows cafe, 60 kilometres north of Melbourne.

Ms Short remembers watching the man eating breakfast with his father. “There was nothing unusual about it,” she recalled. “They weren’t here long. They ate and left.”

But it became apparent that something out of the ordinary had unfolded when Ms Short received a call from the Department of Health three days later.

“They told me that there had been an infected customer. We closed the cafe straight away. I couldn’t believe it.”

As news spread online about the cafe being a hot spot, Ms Short worried how the playground gossip might impact her daughter. She assumed her staff, who wore masks and were meticulous about sanitising their hands, would be fine.

“I knew where he had sat which was five metres away from staff. The only contact they had was when they were taking the food to the table,” she said. “We were shocked when they became infected.”

The cafe was closed for three weeks while it underwent a deep clean and staff awaited their test results and isolated at home.

Business was slow when the cafe reopened, with many nervous locals reluctant to leave their homes following the outbreak. But things started to pick up once Melbourne’s second lockdown ended, signalling that the worst of the second wave was over.

Ms Short says the support from the community has been incredible.

On the day the cafe reopened a group of loyal customers, friends and business owners presented Ms Short with flowers, wine and vouchers for local shops. Some people even posted envelopes of cash to the cafe, which was reeling after three weeks of lost revenue. Ms Short said Melburnians have been making an effort to stop at the cafe when they are in the area after hearing about it on the news.

She hopes the community understands that there was nothing she could have done to stop the outbreak. “There is no reason not to come back here,” she said. “We have done all the right things. We are clean.”

Brent Coker, a researcher and lecturer in marketing at the University of Melbourne, said while coronavirus outbreaks made people more familiar with businesses, this recognition was often “tinged with negativity” in the short-term.

But Dr Coker, who recently gave a seminar to the aviation industry on how to overcome brand damage during the pandemic, said businesses could turn this negativity into a positive.

“Instead of keeping quiet, an outbreak can provide a hidden opportunity to get people talking about a brand. Acknowledging what happened triggers empathy with people and melts away that uncertainty.”