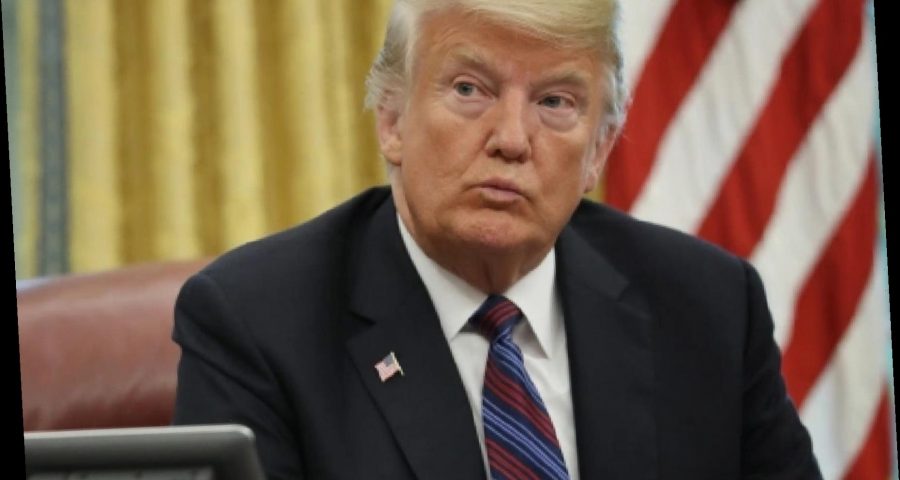 DONALD Trump has been accused of "leaving everyone in the Capitol for dead" when bat-wielding rioters attacked.

Trump faces a single charge of incitement to insurrection after he told a crowd to "fight like hell" for his presidency shortly before a large mob stormed the Capitol in violent scenes that resulted in multiple deaths.

Trump is the first president in history to face charges after leaving office, but prosecutors insist the nature of his alleged "most grievous constitutional crime" demands his conviction post-presidency.

As she presented evidence, delegate Stacey Plaskett claimed the ex president "deliberately encouraged" the violence and "put a target on the backs" of senior figures, including his own Vice-President Mike Pence.

Yesterday Dems made the case against Trump, showing previously unreleased footage of Mitt Romney being rushed to safety and crowds chanting they wanted to "hang Mike Pence".

Other clips showed yobs stalking the corridor outside House Speaker Nancy Pelosi's office shouting "Where are you Nancy?" as her staffers hid, whispering to one another nearby.

"You were just 58 steps away from where the mob was amassing," Congressman Eric Swalwell told Senators, who will act as the jury at the trial."President Trump left everyone in this Capitol for dead," Representative Joaquin Castro added.

Trump's legal team will argue in his defence later this week and are expected to make a three-fold argument.

They will say 1) the President actually urged to peaceful protests, 2) the President's First Amendment rights to free speech means he couldn't have incited the crowd, 3) the Senate trial is illegitimate as Trump is now a private citizen and therefore cannot be impeached.

Follow our Donald Trump live blog below for up to the minute updates on the impeachment...