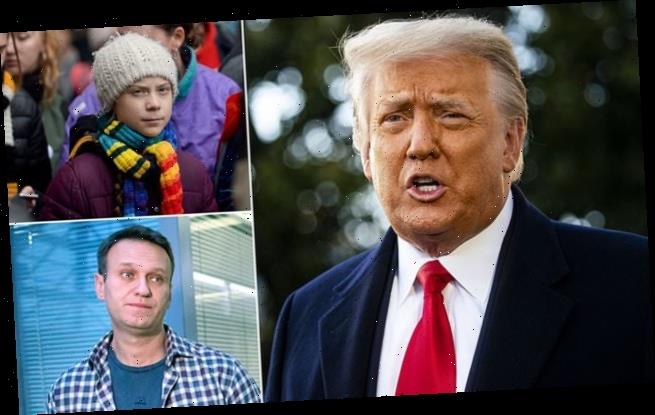 Donald Trump has been put up against Greta Thunberg and the WHO as nominations close for the Nobel Peace Prize.

Russian dissident Alexei Navalny has also been nominated for this year’s prize, backed by Norwegian lawmakers who have a track record of picking the winner.

Thousands of people, from members of parliaments worldwide to former winners, are eligible to propose candidates.

Trump was nominated in 2018 and again this year, both times by far-Right Norwegian politician Christian Tybring-Gjedde. 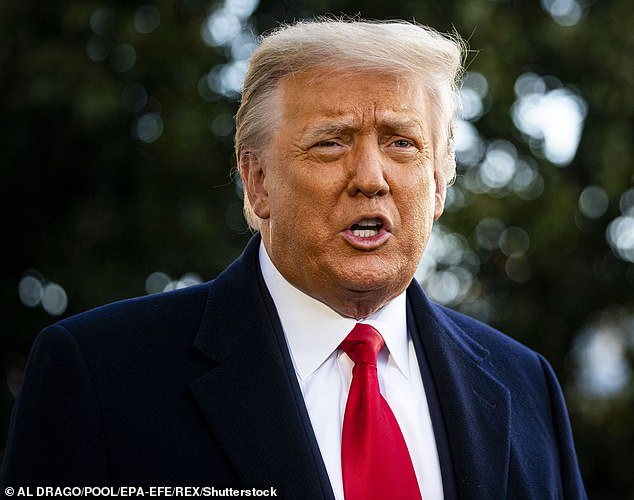 He said President Trump has ‘done more trying to create peace between nations than most other peace prize nominees’.

Nominations, which close today, do not imply an endorsement from the Nobel committee.

Norwegian lawmakers have nominated the eventual laureate every year since 2014, with the exception of 2019, said Henrik Urdal, Director of the Peace Research Institute Oslo.

He said: ‘The pattern from recent years is quite stunning.’

The Norwegian Nobel Committee, which decides who wins the award, does not comment on nominations, keeping secret for 50 years the names of nominators and unsuccessful nominees. 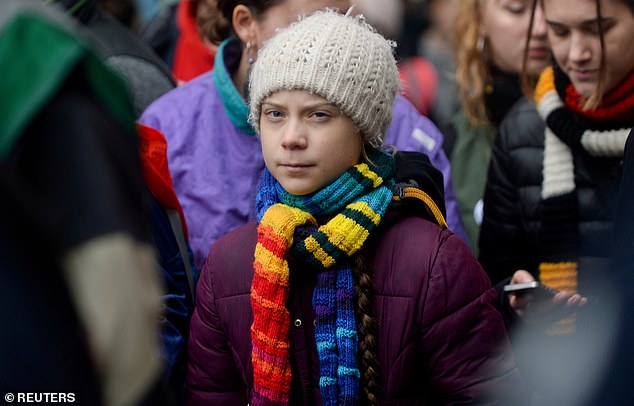 Nominees include Greta Thunberg (pictured), Alexei Navalny, the WHO and its COVAX programme to secure fair access to Covid-19 vaccines for poor countries

But nominators can choose to reveal their picks.

According to a survey of Norwegian lawmakers, nominees include Thunberg, Navalny, the WHO and its COVAX programme to secure fair access to Covid-19 vaccines for poor countries.

Thunberg was named as one of ‘the foremost spokespeople in the fight against the climate crisis’, with the campaigning group she co-founded, Fridays for Future, also receiving a nod.

Navalny, nominated by Russian academics, was named for his ‘efforts for a peaceful democratisation of Russia’ by Norwegian former minister Ola Elvestuen.

The battle against Covid-19 is front and centre, including a nomination for the GAVI vaccine alliance. 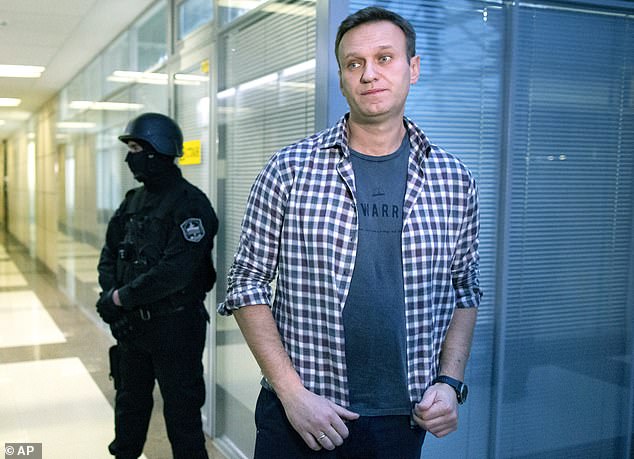 Russian dissident Alexei Navalny has also been nominated for this year’s prize, backed by Norwegian lawmakers who have a track record of picking the winner

Other names are Belarusian activists Sviatlana Tsikhanouskaya, Maria Kolesnikova and Veronika Tsepkalo for their ‘fight for a fair election and inspiration for peaceful resistance’, one nominator, Geir Sigbjoern Toskedal, said.

‘My nomination this year is … for the fight to preserve democracy as a form of government in Europe,’ Christensen said.

Other nominees include former NATO and the UN refugee agency (UNHCR). 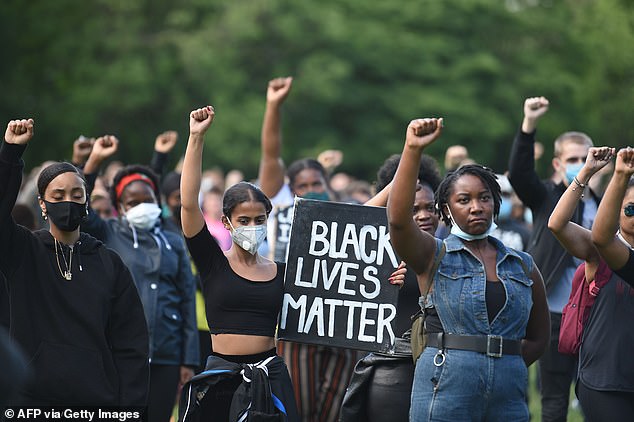 The award’s most famous recipients include Martin Luther King Jr, Nelson Mandela and Mother Teresa, but the broad criteria for nominations means that past nominees have included some controversial selections.

Adolf Hitler was nominated for the peace prize in 1939 by a member of the Swedish parliament. Reportedly submitted in satire, the nomination was withdrawn soon after.

A few years later, the Soviet leader Josef Stalin was nominated for the same award, twice: once in 1945, for his efforts ending World War Two, and again in 1948.

After nominations are submitted, the recipient is selected by a five-person Nobel Committee, which is appointed by the Norwegian Parliament.

The 2021 laureate will be announced in October.