President Donald Trump issued a pardon on the eve of Day Two of the Republican Convention to Jon Ponder, a convicted bank robber and three-time felon who went on to form a nonprofit to assist prisoners seeking to reintegrate into society.

‘Jon we honor your devotion to showing returning citizens that they are not forgotten,’ Trump said in a video he released Tuesday announcing the pardon hours before Ponder was expected to appear at the mostly virtual Republican convention.

‘I will continue to give all Americans, including former inmates, the best chance to build a new life and achieve their own American dream,’ Trump said. 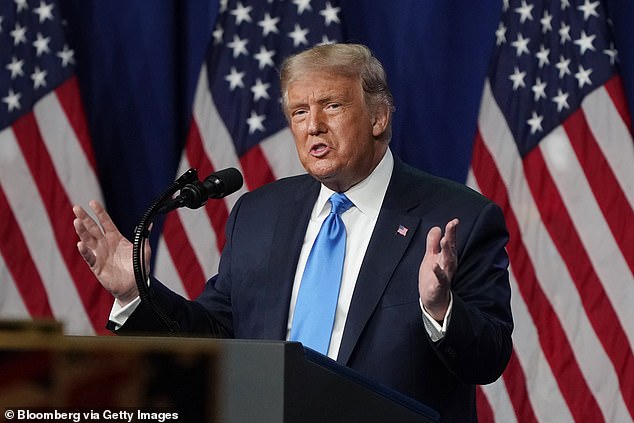 President Donald Trump issued a pardon on the eve of Day Two of the Republican Convention to Jon Ponder, a convicted bank robber who went on to form a nonprofit to assist former prisoners

‘Today I’m thrilled to welcome him back to the White House,’ Trump said – referencing the political convention he is hosting there, to the consternation of Democrats who say it is a misuse of the federal building.

It was the second time in two days Trump showcased the power of his office while making an appeal to the nation for his reelection. On Monday lined up a surprise for the first day of the convention where he appeared with Americans his administration helped liberate from overseas captivity.

‘He has created one of the most successful reentry programs, Hope For Prisoners, in Las Vegas,’ Trump said.

Ponder was first arrested at age 16, and founded the nonprofit in 2009. 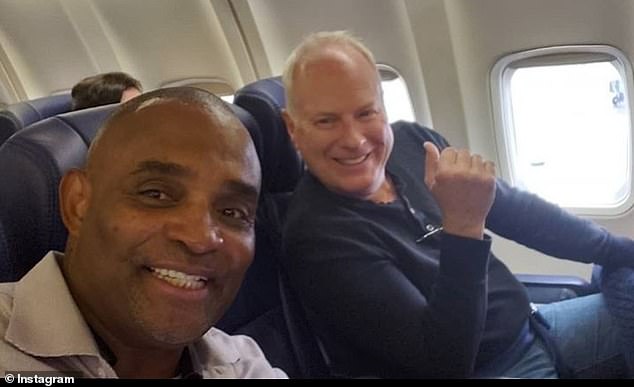 Jon Ponder and Richard Beasley, who arrested him 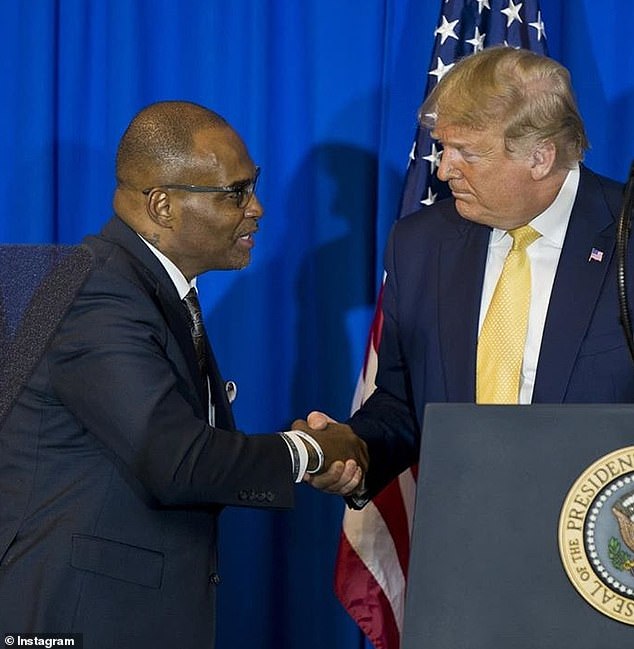 Trump hostsed Ponder at the White House in 2018

Trump has previously hosted Ponder at the White House for the national day of prayer and at a Hope for Prisoners graduation ceremony in February.

Ponder has already completed his sentence, but the pardon will restore other rights such as voting.

Ponder was expected to appear at the convention Tuesday night along with Richard Beasley, the FBI agent who arrested him, Fox News reported.

Trump lavished praise on Ponder’s non-profit, a day after the convention lined up African American officials and candidates who spoke about economic opportunity and trashed Democrats.

‘Hope for prisoners is a movement that began as a dream, in a tiny prison cell, and is now making a difference in the lives of thousands, truly bringing hope that there is an opportunity and a community that is waiting and willing to offer them a second chance.’

One of them, Georgia State Representative Vernon Jones, accused Democrats of running a ‘mental plantation.’

Trump has already hosted Ponder at the White House for a National Day of Prayer event in 2018, also attended by Beasley, who forged a bond with the man he formerly arrested.

‘Your story reminds us that prayer changes hearts and transforms lives. It uplifts the soul, inspires action and unites us all as one nation, under God. So important,’ Trump said.