Julie Inman-Grant has worked to shape the internet for its entire existence as a public utility, some 30 years in the US and Australia. And she doesn't like the way it's going: "I have never seen such a dark side of the open web as I'm seeing now." Inman-Grant also happens to be Australia's internet safety regulator. "So much hostility, so much abuse at scale, and it hasn't let up," she tells me.

The pandemic created an apparent surge in hateful and criminal conduct online when many countries restricted public movement and shut many businesses. But it wasn't a surge. 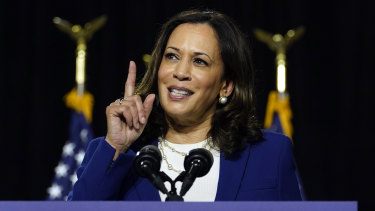 The Morrison government is looking at increasing the powers of the Office of eSafety Commissioner.

But it's essentially a game of whack-a-mole, as Inman-Grants says, an endless game of hitting one problem only for others to spring up immediately. Systemic reform of the web is required, and preferably at source – the US.

And then, of course, there's Big Tech. Outside China's Great Firewall, all the dominant firms are American. "Social media allows hatred and misogyny to be amplified and directed. It's able to go viral. It's invasive and it's pervasive."

This Wild West web is no accident. In the internet's infancy, Silicon Valley lobbied the US Congress successfully to give it an all-purpose escape clause, a licence to sidestep legal liability for what its companies did online. This magical release from responsibility is brilliantly simple. Section 230 of the Communications Decency Act of 1996 allows a tech company to pretend that it's not a publisher – it's just a neutral platform for others. So it has none of the responsibilities of a publisher. The result is anarchy. Big Tech plunders anything it wants from its platforms to maximise profit, but takes no responsibility for any of it. 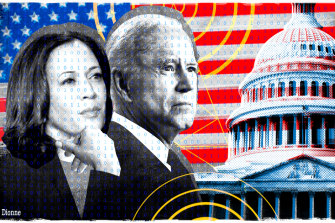 Section 230 is also an anachronism. It was written 24 years ago. Before "social media" existed. Before these businesses became the biggest on the planet. Political tolerance of this anomaly is exhausted in many countries. Dozens are seeking local regulatory solutions. And even in the US, where Google, Facebook, Twitter and the rest command formidable lobbying power, tolerance is now approaching its limits. A reckoning looms.

The US election is going to be a "volatile" one for Big Tech, in the words of Paul Gallant of investment bank Cowen & Co. "A lot depends on who controls the White House after November. But either way, both parties dislike the status quo," he told Bloomberg.

Donald Trump in May ordered US regulators to revisit Section 230. He was in a rage that social media sites had blocked a video he'd posted. Conservatives were being censored, he claimed. It seems unlikely that any legislation will pass before the November 3 election, however.

His rival, Joe Biden, has threatened to reach for the nuclear button, revision of Section 230, too. His spokesman said that social media firms should be treated the same as any other company – held accountable for disseminating content they know to be false.

Yet she's also been criticised for allowing Big Tech to get far bigger when she had the opportunity to do something about it as California's attorney-general. Harris has said that the Big Tech firms are so dominant that a forced break-up needed to be considered. But she's stopped short of committing to such a policy. Such is the state of US political anger at Big Tech that this has now qualified Harris for the tag of "friend" of the sector.

Inman-Grant understands how US tech politics works. She worked for a congressman on tech matters. And for Microsoft and Twitter too. In a twist of fate, she even helped Silicon Valley to shape Section 230. The poacher has turned gamekeeper. She tempers expectations of radical reform in the US. Any Trump-led revision of Section 230 would likely attend only to his own personal gripe, says Inman-Grant. A Biden-Harris administration with a Democrat-controlled Congress is more likely to conduct a systemic review, probably a "reasoned and structured" one. Privacy would get serious attention, and "gig economy" businesses would likely come under serious scrutiny over workers' rights.

But, she notes, the Congress under either party would be seeking to balance the regulatory urge against the fact that "they're in the middle of a tech Cold War with China and the tech sector is the crown jewel of the US economy". Still, "the only way is up for the US in terms of smart regulation". A more thoroughgoing global solution to the anarchic state of the web is likely to be an "international network of regulators, a network working against a network" of tech firms. But don't hold your breath. Inman-Grant expects that will take 10 to 15 years.