DR JOHN LEE: Free us from this futile cycle of Covid contagion and control

Here we go again. With even tighter restrictions likely to be imposed in the New Year, Britain is trapped in a futile cycle of Covid contagion and control.

Since the so-called ‘second wave’ began in the autumn, the public has been forced to endure regional lockdowns, another national lockdown and ever more complicated tiers of restrictions.

Yet none of these authoritarian bureaucratic impositions have proved effective. 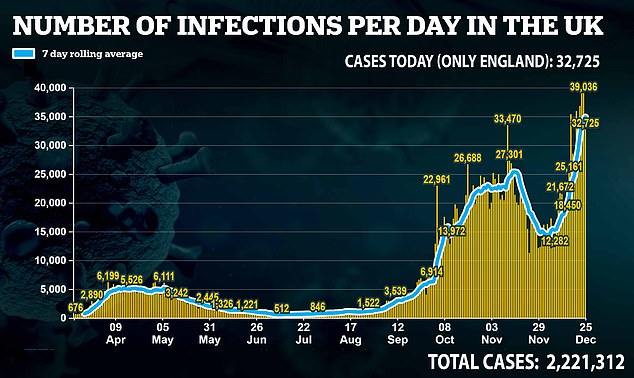 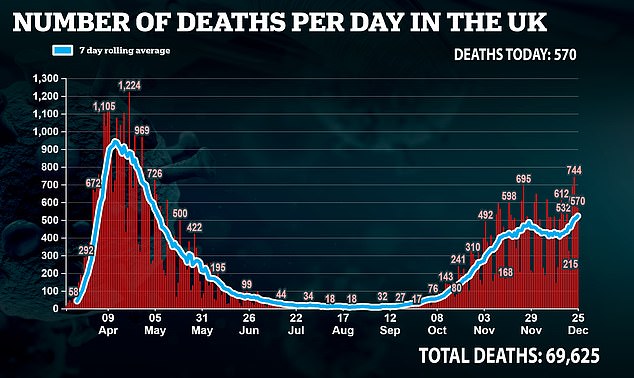 The Government’s own doom-laden bulletins – highlighting surges in infections, increasing hospital admissions and rising numbers of deaths – are themselves an indictment of the failure of their policies.

Lockdowns cannot eradicate the disease or protect the public. Indeed, Matt Hancock nearly said as much this week. They lead to only economic meltdown, social despair and direct harms to health from other causes.

Indeed, that is precisely what I have been arguing on these pages since the start of the first lockdown. Scientifically, medically and morally lockdowns have no justification in dealing with Covid.

Lockdowns might have been efficacious if we lived under a ruthlessly totalitarian regime, like in China – being sealed into our homes with any form of social contact banned. But in such circumstances society would cease to function at all.

In the real world – a world far removed from the fantasies of some disease ‘modellers’, our complex modern infrastructure – including utilities, basic services, food deliveries, schools, care homes, transport and the NHS – has to be kept running to some degree.

And so we have ended up in this depressing loop of draconian measures, held in place by ever more complex, arbitrary rules that even the authorities do not seem to understand or fully obey. Only last week the high priestess of prohibition, Scottish Nationalist leader Nicola Sturgeon, was caught breaking her own edicts by removing her mask at a gathering.

I am not a lone voice on this. The ineffectiveness of lockdowns was highlighted by the Lancet medical journal recently in which it examined their impact across the world. It concluded that restrictions – no matter how tough or loose – showed no relation to the measured infection rates. 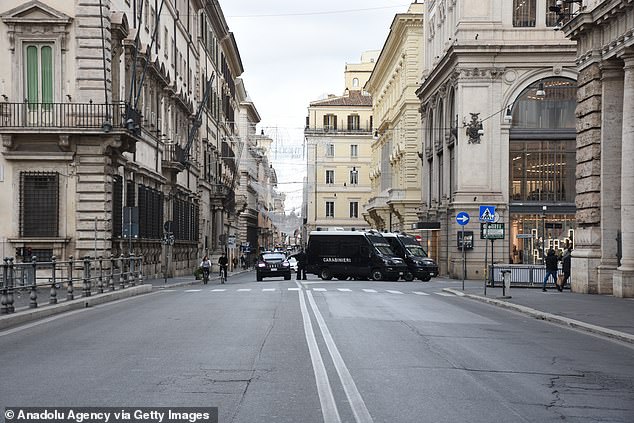 In the real world – a world far removed from the fantasies of some disease ‘modellers’, our complex modern infrastructure – including utilities, basic services, food deliveries, schools, care homes, transport and the NHS – has to be kept running to some degree

In fact, lockdowns may be worse than just useless. There is some science to suggest – perhaps ironically – they actually drive the disease to spread more easily.

This danger lies in the evolutionary nature of the coronavirus. Like all viruses it mutates all the time. More than 20,000 variants of the Covid-19 virus have already been identified, which is why it is so wrong of the Government to whip up hysteria over two new strains, a reportedly more infectious strain in the South East of the UK and a ‘South African’ strain.

Health Secretary Matt Hancock wails that this new variant in southern England is ‘out of control’, hence the introduction of Tier Four restrictions.

But these restrictions may actually be fuelling the evolutionary imperative. If you change the environment, you change the beast. A successful virus is one that does not kill its host and which becomes more infectious over time – reproducing itself and infecting more and more individuals.

Variants of the virus that survive longer in the air, for example, or achieve infection through lower doses of viral matter, will become commoner.

Evolution is also the reason why some of the high hopes for vaccines could be premature. The Prime Minister says the vaccines represent ‘the cavalry’ come to rescue us from this Covid nightmare. But the virus will not simply wait to be defeated. Like the influenza virus, it will mutate in its own defence, possibly rendering vaccines less efficient over months and years.

Lockdowns are a triumph of ill-judged priorities and poor understanding of the virus. The only thing that we can be certain about is the tremendous collateral damage lockdowns inflict. In the past nine months, families have been torn apart, businesses wrecked, jobs lost and opportunities destroyed for millions.

Loneliness, isolation and poor mental health have worsened, awfully reflected by increasing suicides among the young. The elderly and vulnerable have had many of their last months made far worse.

While I don’t dismiss the pressures the NHS may face, nor do I seek to diminish the personal tragedies behind each and every death, the lockdown cure is truly far, far worse than the disease. So for the sake of everyone’s future well-being, it is long overdue for ministers to change course.

Help those who need it to shield, coerce no one, and let most people get back to normal. This is the only approach that will work, and it should be the only message of hope this Christmas from Government.